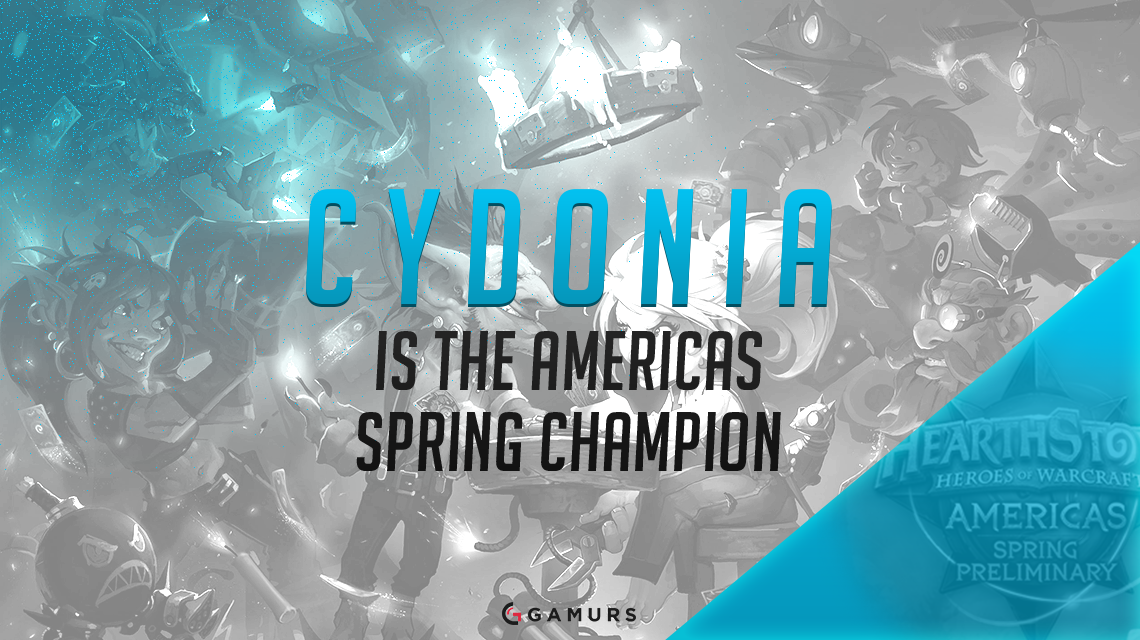 The Americas Hearthstone Spring Championship 2016 has concludedand Cydonia is the player who won it all. TheCanadian earned $25,000 and the prestigious title, along witha ticket to attend the World Championship later this year.

The brackets were filled with many lesser known names, butextremely powerful names nonetheless. The way to triumph was not aneasy one for Cydonia. In the quarterfinals he had to faceDeerjason, a player who has shown great potential,but Cydonia prevailed with a close 4-3. Advancing to thesemifinals, he faced Napoleon and won withanother close 4-3, taking a step towards conquering thechampionship.

In the grand finals, Cydonia matched up againstRosty from the USA. After a tensebest-of-seven series, the game was sealed in favour of Cydoniaby winning the last matchup between their remaining Hunters.Rosty was ahead most of the time and managed to drop Cydonia to sixhealth and cast his Call of the Wild to likely win him the game.Things did not go according to plan, however, as a 50/50chance Deadly Shot killed Rosty’s Misha and granted Cydonia thedesired victory in the final game.

Are you looking forward to seeing Cydonia at the WorldChampionship? Do you think he will be able to pull something offthere and perform well? Let us know in the comments.