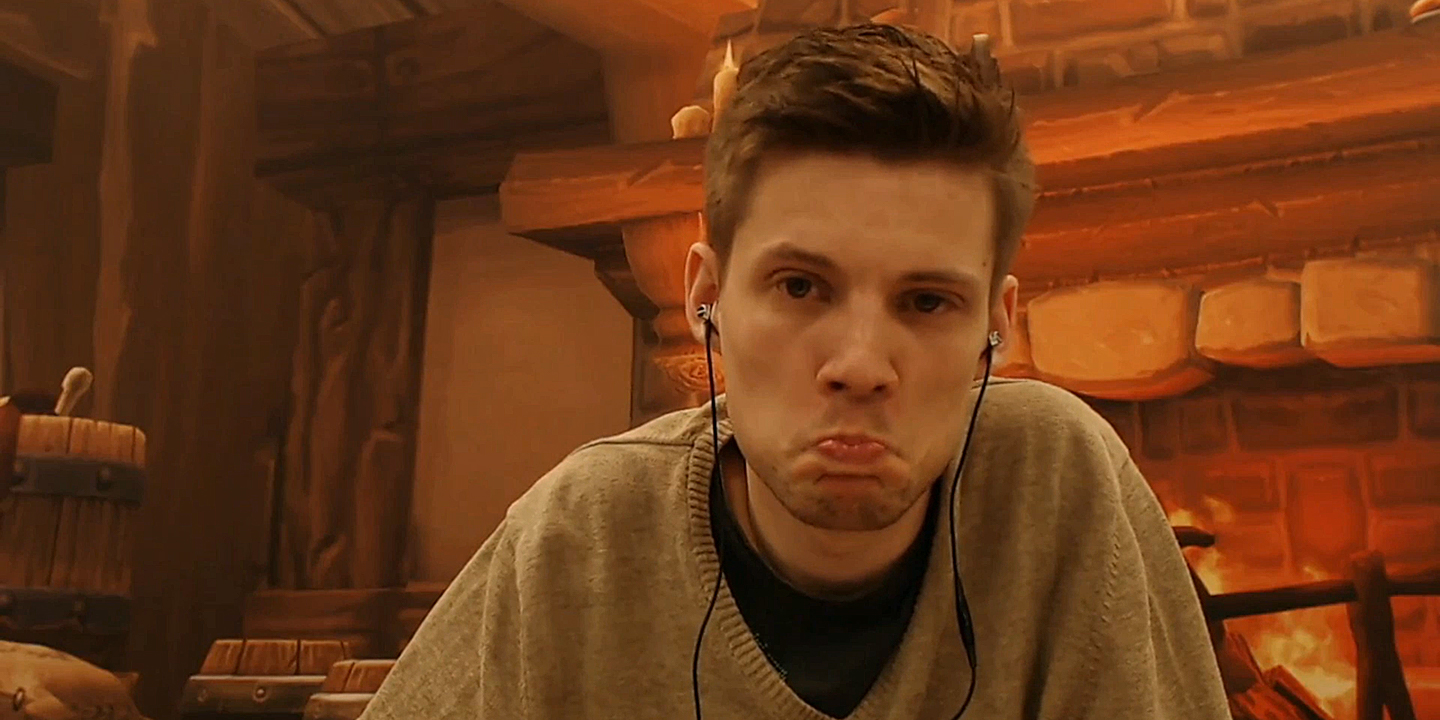 This weekend, eight of Europe’s top Hearthstone players will compete for just one spot in November’s $1 million World Championship. And the field is stacked.

It wasn’t always this way. Last season’s regional championships featured a few known names, as well as an overabundance of players without the kind of tournament pedigree we see from this group. And fans are salivating at the prospect of these established stars clashing.

One of the those stars is Simon “Crane” Raunholst, the man widely considered one of the best Patron Warrior players in the world. Having worked with players like Adrian “Lifecoach” Koy and Dima “Rdu” Radu on getting them to the top, now it’s Crane’s turn to step to the front.

The Daily Dot spoke to Crane about his journey to the top, his impressions of the current meta, and what it would mean to him to win it all.

You’ve been on the cusp of breaking out for a long time now, and have been talked about by a lot of people in the scene as a potential top player. Do you think this is your chance?

I don’t know if I would say I haven’t broken out, I guess that’s a matter of how far you need to go to really break out. But it’s my big chance to get a win I guess. If you get second, how big is the difference between second and eighth? You either win or you don’t, but getting top eight is still a big achievement. If it was a different type of game than Hearthstone maybe I would set the bar a bit differently, but you don’t 100 percent control everything so just being as consistent as possible is what I aim to be. I want to win something at some point and it will happen but you can’t really just decide to win in Hearthstone.

This regional is the most stacked of the Championship Tour to date. Why do you think so many top players made it this time?

That changed really quick. It’s hard to just prove that it changed after standard, and say in the pre-standard meta we had eight randoms. But I do think it was hard to go past a certain point. A lot of the strong players made it really far this time. I think it wasn’t just random that we saw more known players this time.

You’re the only player potentially facing a teammate in the event, Loyan. Do you guys practice together? How are you approaching that?

We never practiced together, he wasn’t really part of the scene before standard hit. I don’t think he really focused on Hearthstone as a competitor until after standard. After that he decided to give it a go because he thought the game would be better now, which I agree with. We’ve talked a bit since then but not before. He did ask me a little bit about line ups, so I did help him a little bit. But I did try to keep it to a minimum because I don’t want to give away too much. We might face each other so it doesn’t make too much sense. If we face each other, not helping him will be beneficial to me. I’d prefer to have him do it on his own, but if somebody asks me for help it’s difficult not to. So I gave him a little help, but not too much.

What are your impressions of the four lesser-known players who came through the lower bracket?

I guess to the public they are not well known at all. But I talk to a lot of the other pros, all the pros talk to each other, so I know people who know these guys. They’ve told me whether they are good or not, and Casie is a guy who especially NA pros are familiar with. A lot of them practice with him. I’ve heard good things about him, and I’ve heard good things about GeorgeC and knew a little bit about him. GeorgeC and Iner both had some impressive ladder results as well. Turna is the only one I don’t really know anything about, so I guess he’s the weakest of the eight. All seven others have some kind of credentials.

You’ve been known as a top Patron player for a while. Where do you think that deck is at right now?

I’m bringing it again, so I think it’s good. The only issue with Patron was the weakness to what I thought would be a super-control heavy meta. That turned out to be right, so then Patron just doesn’t work. But that’s not how the meta is right now, if you look at the decks being played right now we are seeing a lot of Druid, Tempo Warrior, and Aggressive Shaman which is weaker against Patron due to lacking answers.

What about Rogue, is it still as strong as it looked in the past?

I don’t think we’ll see that much Rogue, most people seem to be coming around to realizing it’s weak and a scary deck to bring when you can run into a full aggro line up. I think we will see a lot of freeze mage which is also tough for the rogue.

I don’t think Thijs will bring Rogue. I was watching him play some tournaments and it didn’t look like he had been practicing Rogue at all because he played it so bad. So I think he was just trying to not let people know what he would bring, and just running the lineup he’s been running for a while. It’s either that or his head wasn’t in the game because he really didn’t play well.

You joined compLexity a couple of months ago, are you happy with the new home?

Very much so, it’s a lot more professional than anywhere else I’ve been. It’s a completely different level. I’m especially happy with how organized everything is, our manager is super good at figuring everything out and making sure I do all the things I need to take care of. That’s a great experience. I pretty much knew I would go to compLexity all the time, but I did of course want to see what other options I had because you never know. I maybe did have some other openings, but I would have had to wait longer and would really still prefer to be in compLexity.

How would you rate your chances of winning, and what would it mean to you to qualify for the World Championship?

Definitely better than one in eight. I don’t know, maybe 20 percent? That would be already quite a lot. It would be a dream come true to make it to the World Championship. It would just be a total validation of this whole year of competitive Hearthstone, I wouldn’t need to do anything else. Of course I’d still try my best in everything I do, but I wouldn’t have to succeed to be having a good year. If you qualify for BlizzCon, your whole year is a success.