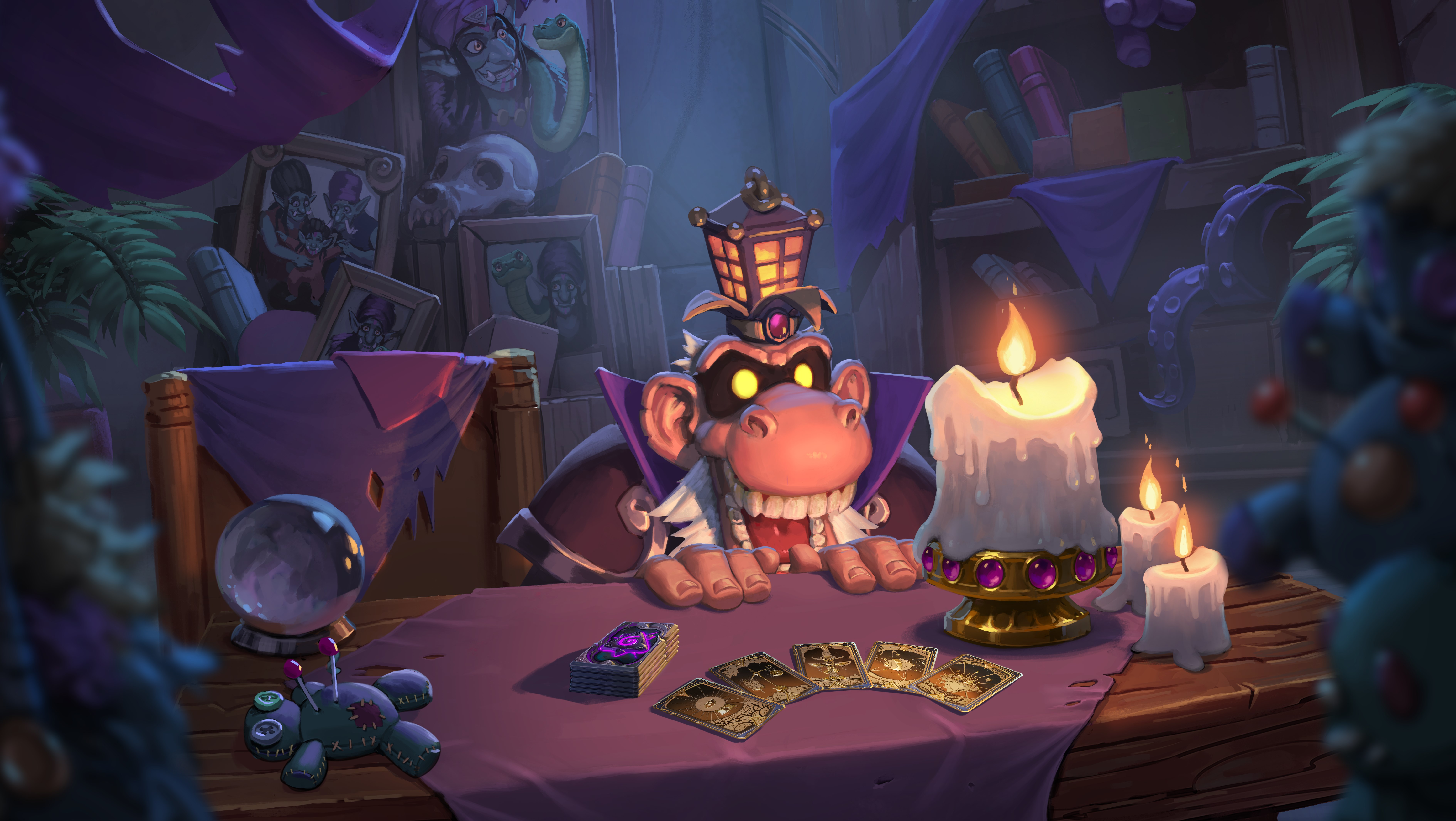 Hearthstone fans, get ready for a big reveal later in the week. Blizzard Entertainment dropped a new teaser today for what seems to be the game’s next expansion, with more information to come on Nov. 1.

Titled “Choose Wisely,” the trailer opens and slowly pans to Madame Lazul. The E.V.I.L. member flips cards two-at-a-time on top of a table while a lackey hunkers nearby. Occasionally, the card backs will alternately glow orange. Madame Lazul never flips either card over. Instead, she pushes them to the side and draws an additional pair of cards.

“Our plan is in place,” the E.V.I.L. member says. “I’ve consulted the fates. But I see change in the cards once again. Something stirs here tonight. Doubts flicker my candlelight. Have our chaos and conquest been in vain? A conflict is coming. To the finale, we are running. But two different ends both seem true. Our fate is uncertain. When falls the final curtain, a victor shall be chosen—by you.”

So far, Hearthstone fans have been able to play as both the League of E.V.I.L. and the League of Explorers in recent expansions. But both of the two previous expansions required players to play as one or the other—never both. In the Rise of Shadows expansion, players joined E.V.I.L in their takeover of the city of Dalaran, while in Saviors of Uldum, players helped Elise Starseeker and her band of explorers stop the evildoers in their tracks.

In today’s trailer, Madame Lazul seems to be foreshadowing that players will be able to choose which group they’ll play as in the next expansion. Hearthstone fans should expect more information to be revealed at BlizzCon on Nov. 1.