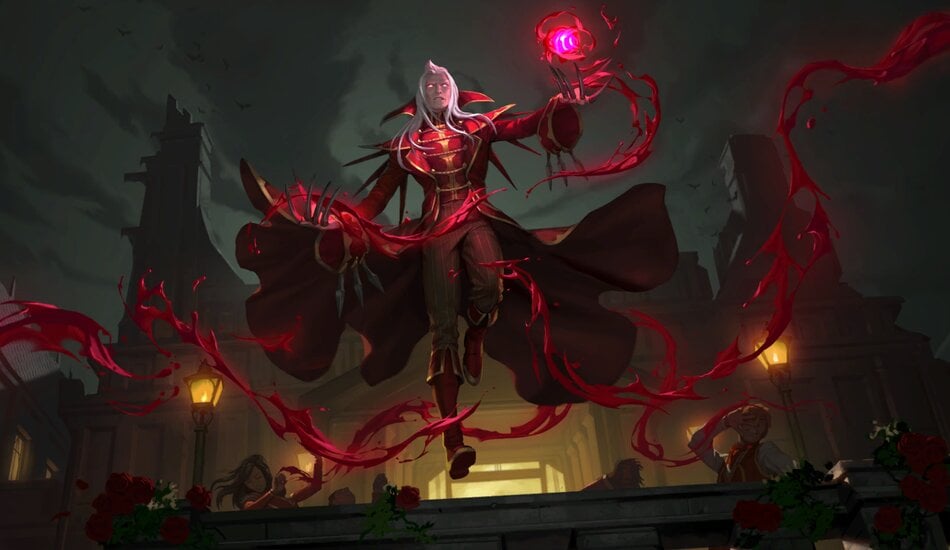 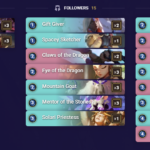 Legends of Runeterra’s Patch 1.14 arrived today and brought with it 17 card changes.

While there are some nerfs to notable and top-tier decks like Ramp and Bilgewater, more than half of the changes are buffs to weaker and underrepresented cards in the meta. With multiple changes affecting all parts of the ladder, it’s difficult to expect what cards and lists can show up on top.

Here are some decks to try with Patch 1.14’s release.

Vladimir has always had trouble breaking into the upper echelons of the ladder. Whenever Vladimir or his support cards around him got buffed, he always made tiny waves and brief appearances, only to fade away until the next set of changes came through.

Now that Vladimir can control which of his units receive damage from his skill, boards with Vladimir of all health totals can safely swing into the opponent’s Nexus. This allows for a new level of Vladimir aggression that can be supplemented by Bilgewater. The recent cards in Bilgewater’s Monuments of Power self-damage, which gives easy level-up access to both Vladimir and Swain.

Gaining an extra attack allows Shyvana to be a more formidable threat outside of turns where she’s attacking. It also allows Shyvana to not rely on going second for full usefulness. This list is an alternate take on Scouts Bannerman and tries to control the board with Fury from Dragons and has more options in the later parts of the game when compared to the Miss Fortune and Quinn variant.

Oftentimes, if your board is wide enough, you can end your opponent with a Dragonguard Lookout alongside Relentless Pursuit for lethal damage.

If the 1.14 ladder doesn’t have multiple combo or ramp decks, you can replace Relentless Pursuit with a mix of Ranger’s Resolve and Sharpsight to improve your matchup against other board control and aggressive-minded decks.

As one of the oldest combo decks in the game, Karma Ezreal has always been a prominent force on the ladder. Even after surviving multiple nerfs, its adaptability made sure that there was always a hidden pocket on the ladder where it can thrive and compete in.

Now that Ezreal is receiving a rework, which makes his level-up requirement more easy at the cost of his late game burst damage, a new era of Ezreal Karma may return. This list aims to have a wealth of removal against aggro and the chance to still do ridiculous late-game combo damage with Chump Whump Mushroom stacking. Deny and Nopeify hope to protect your Ezreal and Karma so they can live to see a turn with full mana.

If aggro isn’t dominating the ladder, you can replace Concussive Palm with Rummages to improve your cycle against Control and Combo mirrors.

If you want to try Ezreal but are tired of Karma variants, you can forego Ionia and try a Corina Shadow Isle style control game. This version of Ezreal is powerful now that it is easier to level him up again, and Ezreal can serve as a controlling tool as opposed to a combo tool.

Despite losing a vital health point on both Wyrding Stones and Trundle, it can be expected that Feel the Rush Ramp will still be a potent force on the ladder. As one of the more prominent decks on the ladder as shown by Riot’s official meta snapshot, the deck should still perform despite a few nerfs to its key cards.

This list comes from Cooled Cannon and has a fair matchup spread against most of the ladder during Patch 1.13. As with every other deck, you can always change specific cards to be better tailored to fight the ladder. As an example, if Demacia Scouts or Aggro in general is still swarming the ladder, you can replace Atrocities with Icequakes and Harsh Winds to improve your odds versus those decks.

As a prominent force on the ladder, despite his nerf to five mana, Lee Sin and every deck using him should still be a strong consideration due to the fact that he avoided changes with Patch 1.14. This list is a homebrew Lee Zed that has strong matchups against Aggro, Ramp, Control, and the mirror. The worst matchup for the list is Go Hard Karma, both Thresh and Lee Variants.

Try out all of these lists and more as LoR Patch 1.14 is live now.