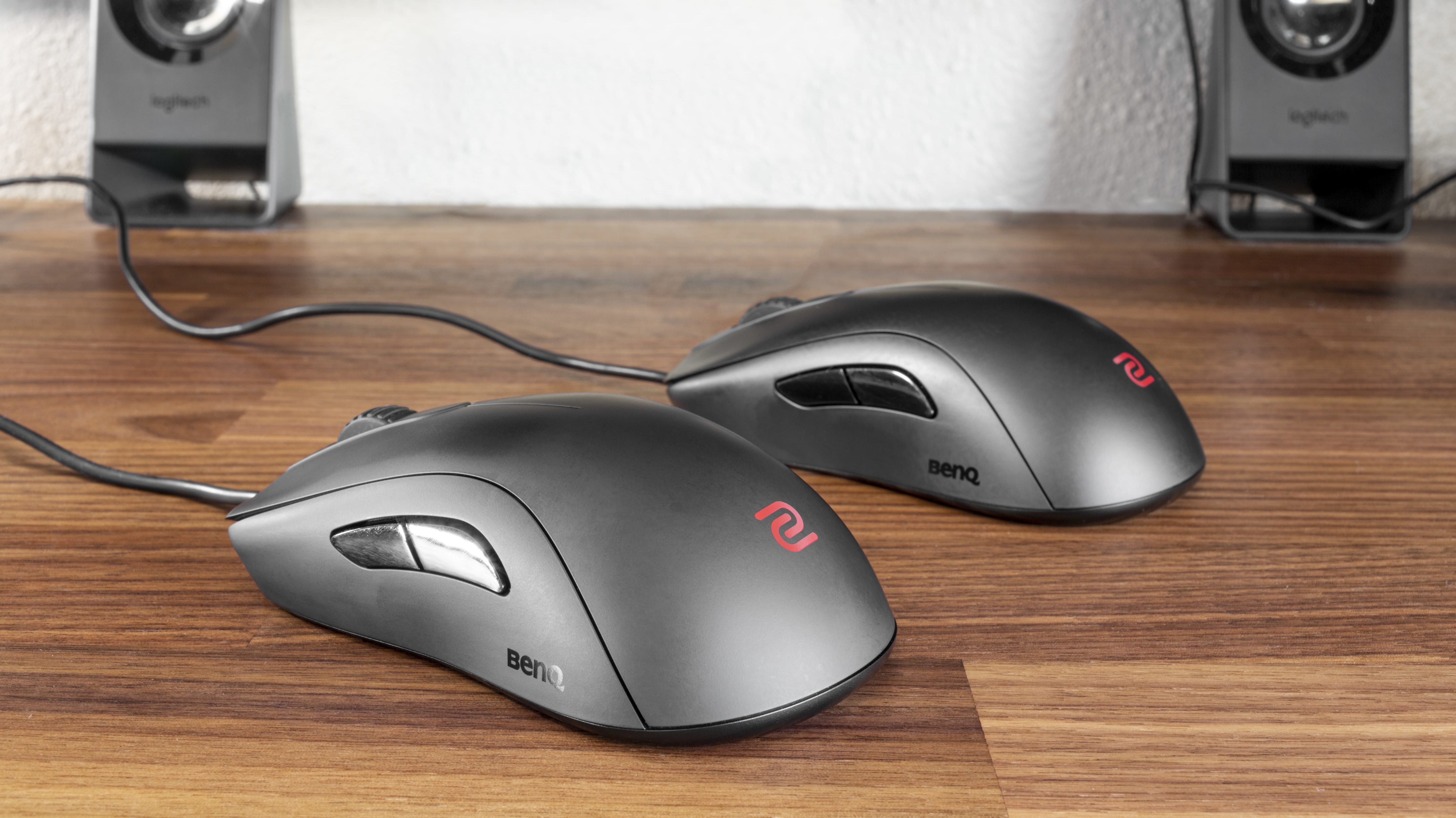 Finding the right gaming mouse is essential to performing well at any level of play. It’s a bit of a Goldilocks story, this one’s too small, this one’s too big, etc. The problem with the market is that a company often releases a mouse with a great shape but only one size.

That’s where the Zowie S1 and S2 esports-focused mice come into play. With two different sizes of the same shape, Zowie clearly understands that not every grip and palm-size are the same.

The S Series has had past iterations come in the increasingly popular gloss finish, but Zowie just launched a matte coated version of the popular series. There are a few things users will notice within the first five minutes after taking an S1 or S2 out of the box.

The first aspect of the mouse users will recognize is just how plain and minimalist the design of the S1 and S2 is when compared to other popular mice on the market. There are no bells and whistles here, just the standard array of mouse buttons. The matte black finish goes well with any setup or battle station that has black accents, but the red Zowie logo may be an off-putting visual element for some users who are more particular about aesthetics—hardly a deal-breaker.

The matte finish does collect oils and fingerprints extremely easily. Users will want to keep this mouse clean on the regular if they have OCD about setup cleanliness. Aside from those two minor things, the matte finish feels good on the S Series. It’s got a solid amount of grip and never feels oily or sweaty, despite looking the part.

Looking at the shape of the mouse, users will see an ambidextrous looking shape but this is a decidedly right-handed mouse. There are no side buttons on the right side of the mouse as there are with other Zowie mice series, so the audience for the S Series is limited. The wide back edge of the mouse provides a lot of comfort to palm grip and claw grip users while not stifling any specific movements. The S Series feels specifically tuned for these grip styles.

Upon plugging in the mouse, users might be surprised to find that there is no software, no need to update drivers, none of the usual gaming mouse setup junk. When Zowie says, “driverless plug-and-play,” the company means, “driverless plug-and-play.” Being able to just plug in a peripheral and use it to its fullest potential is highly uncommon lately. Even if a mouse can be used right out of the box, there is likely software needed to tune the mouse to a user’s specific needs. It seems like a small thing, but it makes a world of difference.

Users will find everything they need to adjust can be handled directly on the mouse. From dots per inch (DPI) adjustments to the polling rate, users have control literally at their fingertips. While not having software may be an adjustment for some users, we found the overall ease of access here to be very appealing.

Changes are a literal button click away and allow for more trial-and-error to dial-in user preferences. Users can switch between 400, 800, 1600, and 3200 DPI, allowing for a decent variety of options. The under-mounted buttons to adjust DPI and the polling rate may take some getting used to but only in terms of actually turning the mouse upside down to make an adjustment, which is still much simpler than going into software.

The S Series also comes equipped with a 3360 sensor, which is the industry’s non-proprietary standard and can be found in other mice, like the Finalmouse Air58 and Glorious Model O. The implementation of the 3360 sensor on the S Series was a smart move to keep these mice up at the top in an extremely competitive peripheral market. It’s a great sensor that performs reliably, so it makes sense why it has become the non-proprietary bar for gaming mice.

Now for some minor nitpicking. While we sometimes prefer a rubberized cable over a braided cable due to the type of drag a braided cable causes, the S Series’ rubberized cable feels outdated on an otherwise modern mouse. The kinks in the cable took forever so smooth out and the drag the cable caused felt out of place with such a strong mouse. Sure, this could be remedied by using a mouse bungee, but that’s extra dollar signs and clutter. Users may want to look into an aftermarket paracord if they want to keep a bungee off of their desks and don’t mind the extra dollar signs.

The scroll wheel on the S Series feels a bit intrusive. The mice feel sturdy in build until using the scroll wheel. For some reason, the type of feedback we got from the wheel made the mouse feel hollow and we could feel the vibration at the back of our palms. It’s an odd thing to nitpick, but some users will find themselves wanting a different option when doing day-to-day PC things aside from gaming, and that’s okay. This is an esports-centric mouse, not an all-in-one daily driver.

Zowie has given the market a strong offering with the S Series and has only strengthened the series by giving it a matte finish. For consumers who were wary of trying out the Divina S Series in a gloss finish, the matte finish is certainly worth your time. It doesn’t look like there’s much going on here upon first glance but the S Series boasts a high-performance sensor, a great shape, two different size options, versatile tuning options, driverless plug-and-play, and a nice minimalist aesthetic.

If you’re looking to up your game without the bells and whistles of needless RGB lighting and extraneous software, then the S Series should definitely be on your radar. Bonus points for the amazing clicks the mouse button switches provide.

For around $69.99, the S Series is more than worth the money. We’re going to miss having it on our desk.