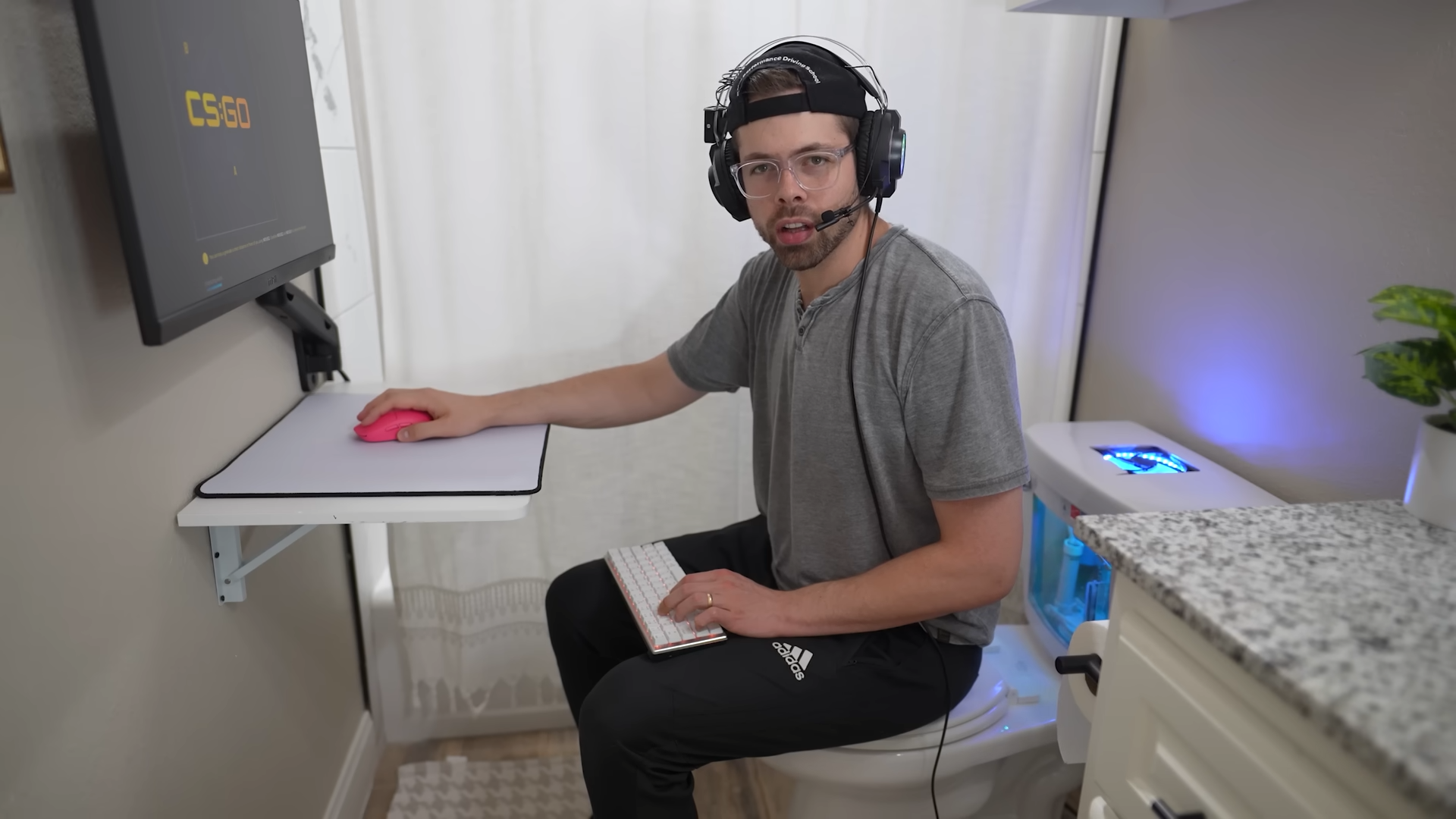 YouTuber Basically Homeless made one of his oddest and potentially most practical creations yet, turning a toilet into a fully functioning PC.

Basically Homeless is a wildly popular YouTuber who has successfully merged comedy with engineering, boasting over 1.4 million subscribers. Some of the content creator’s most famous works include hooking up a Wii remote to play Rainbow 6 Siege and intentionally installing over 100 viruses on his PC. The YouTuber’s most recent work, however, stands to be his most outlandish, already garnering the attention of thousands of viewers.

In his video, Basically Homeless went into meticulous detail about the creation of his toilet and PC amalgamation. To fully realize his strange creation, the YouTuber filled the tank with a motherboard and created a “water wall” to keep the PC’s electronic components and the toilet’s plumbing entirely separate.

After stitching it all together with copious amounts of glue and fixing a severe leak that nearly scrapped the entire project, Basically Homeless was finally able to hook it up and use his new PC toilet to its fullest capabilities. The YouTuber tested out his new PC for the first time with a game of Counter-Strike, showing that the PC ran almost perfectly.

Reflecting on his work, Basically Homeless said he was forced to learn far more about plumbing than he ever thought and was shocked it did not crash once while testing. Though the toilet computer may not be available widely to the public anytime soon, you can view Basically Homeless’ video documenting the entire process here.