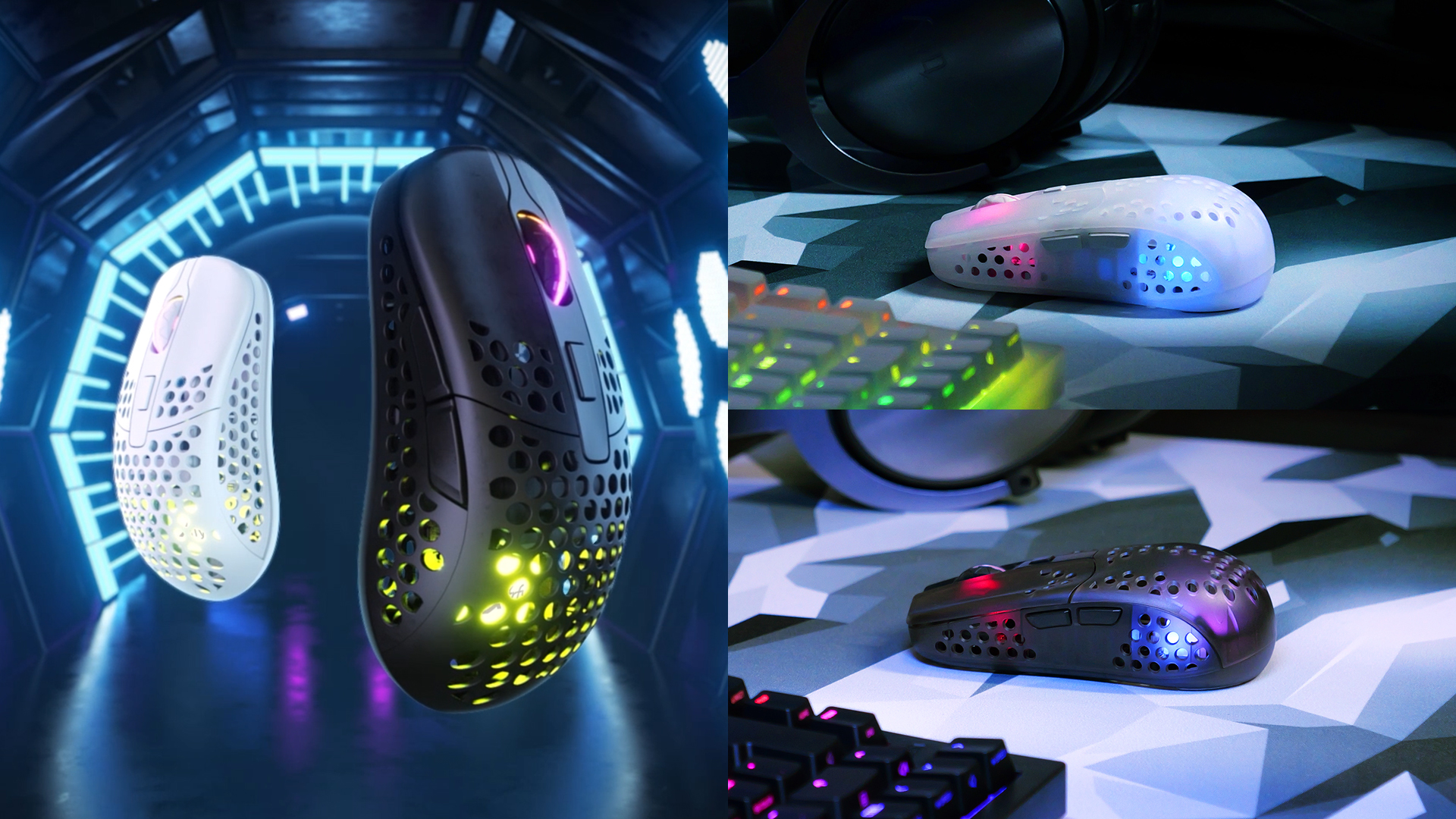 Swedish-based Xtrfy is bringing wireless freedom to two of its flagship designs. The M42 Wireless and MZ1 wireless follow up their wired siblings to allow a greater range of motion and comfort.

Starting with the symmetrical M42 Wireless, the wireless update retains much of what made the original special. The M42 Wireless features a customizable shape via two different shell types, RGB lighting, and EZcord. While it isn’t as light as its 59-gram counterpart, the M42 Wireless manages a lightweight at 67 grams.

Things diverge when considering the move from a Pixart 3389 sensor to the Pixart 3370, which means lower pixel latency to support faster speeds at higher DPI ranges. The M42 Wireless is further updated from the previous model given its adjustable weight system, which comes in handy for fine-tuning control. Likewise, the M42 Wireless uses Hailh GM 2.0 switches that have a sturdy and tactile feel.

Looking to the MZ1, which is missing the “Zy’s Rail” name indicative of its designer, Zy “Rocket Jump Ninja” Rykoa, many features echo the M42 Wireless. The MZ1 Wireless features the same sensor, switches, and EZcord. Xtrfy’s wireless MZ1 also boasts the same adjustable weight system as well as new back shells for customizing the shape of the mouse, a feature not present on the original MZ1 Zy’s Rail that may help users come to grips with the oddball shape of the mouse.

In a previous assessment, our reviewer lauded the MZ1 Zy’s Rail as the only mouse they felt actually helped improve their aim.

Both the M42 Wireless and the MZ1 Wireless use a 2.4GHz connection that is par the course for competitive gaming mice. Users can still expect the 1,000Hz polling rate and one millisecond response time featured on other Xtrfy mice.

On top of announcing its upcoming mouse releases, Xtrfy is also releasing its GP5 mousepad series. These provide a cloth surface Xtrfy deems as “high speed.” It comes in XL and measures 36.22 inches by 15.75 inches. There are four low-poly designs to choose from, which are essentially just different colorways.

While the mousepad isn’t far off in the distance, the wait for the new wireless mice is going to be a bit longer.

“We never rush to market, and have taken our time with our wireless technology to make sure it’s ready to be used at the highest level of esports,” said Xtrfy CEO Joakim Jansson.