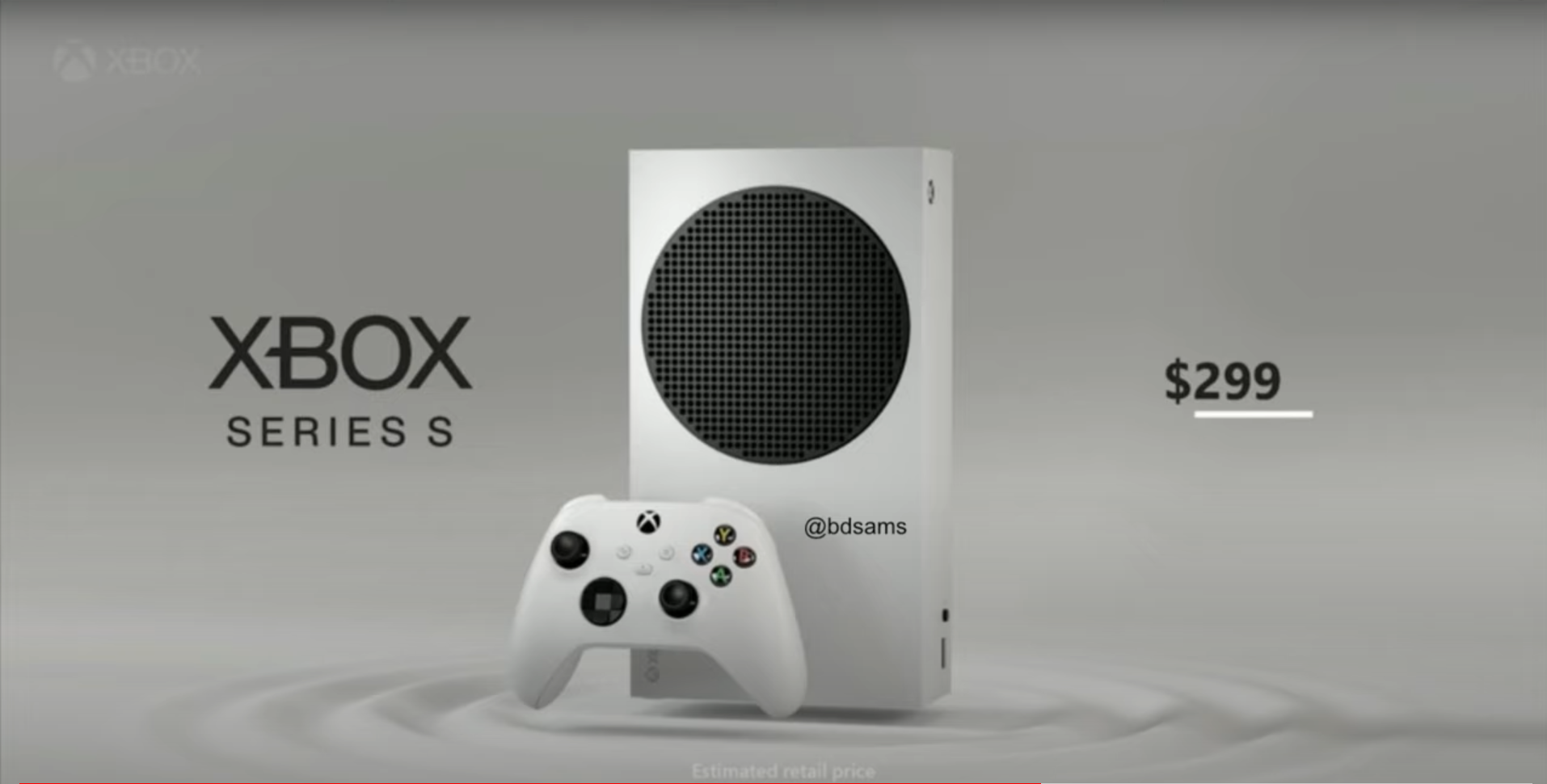 The Xbox Series X has finally been unveiled, though it wasn’t Microsoft that gave fans the first look.

An image of the console leaked early online, showcasing a white box with no disc drive and the new controller design, which leaked previously.

Not only does it not have a disc drive, but a large circle on the top (or side) of the console looks to be acting as ventilation.

The first look comes from executive editor at BWW Media Group Brad Sams, who is known for breaking news on Microsoft products. In the still, you can see that the console looks to be thinner than the Series X and will reportedly be priced at $299.

We don’t know how that compares to the Series X’s price point yet, since we still don’t have any information on it. But this will be the cheaper SKU, running mid-range, mid-spec hardware that bring the cost down.

You will still be able to run next-gen games on this new console, but if you want the maximized experience with full 4k or better graphics and all the bells and whistles, you will want to purchase the Series X.

But considering Microsoft’s push to be consumer friendly and the pairing of the massive Game Pass library and xCloud streaming service, this will probably be a hot seller for the green team.

Update Sept. 8 2:20pm CT: Following the leak, Microsoft made the Series S price official by posting a new image of the console on the main Xbox Twitter account.

The company also confirmed that it would be the smallest Xbox ever, with more information to come soon.