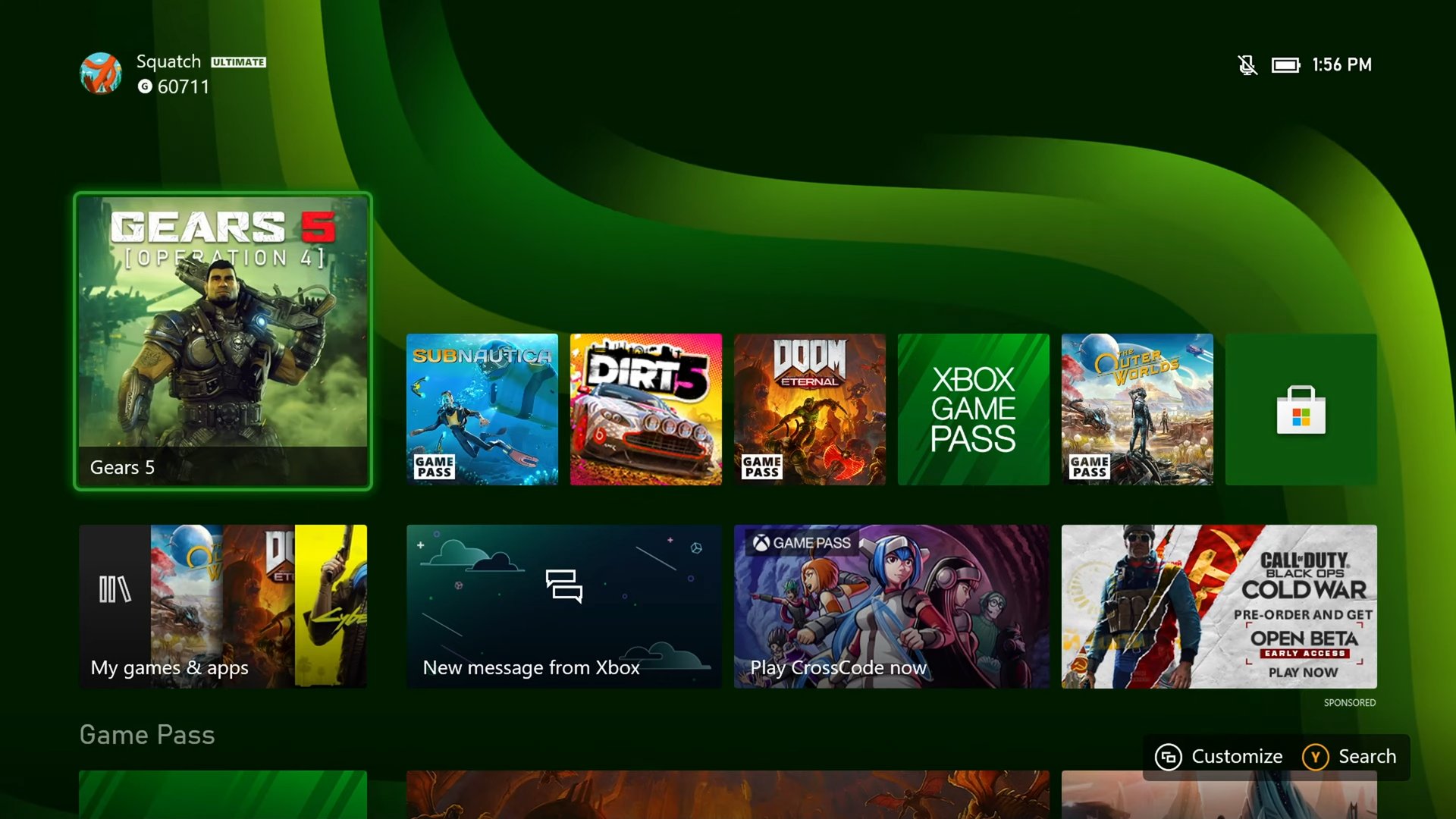 Xbox has dropped a new video today showing off the Xbox Series X and Series S’ dashboard, as well as some of the console’s functionality.

The dashboard is similar to the one that currently runs on the Xbox One, but it’s a bit cleaner and much quicker. It can all be seen in the video below.

The walkthrough was quick to show off the Series X’s quick resume feature, allowing players to resume their game exactly where they left it—even if it was paused during the middle of gameplay.

The game they chose to show was Gears 5, an Xbox One title that’s been upgraded for the new console. The game now runs at 4K and 60 FPS, with multiplayer running at 120 FPS.

The hosts then switched to a different game, Dirt 5, using quick resume to show off how the games are instantly ready to play again when switching.

The video also showcased quick share game captures, the Xbox app for Android and iOS, the ability to remote play games on your phone, and how Game Pass is built into the console.

At the end of the video, the hosts revealed Xbox’s 1TB Seagate storage expansion card. It’s a small card that plugs directly into the back of the console and is “just as fast” as the NVMe SSD that comes with the console.

Xbox Series X and Series S will release on Nov. 10.