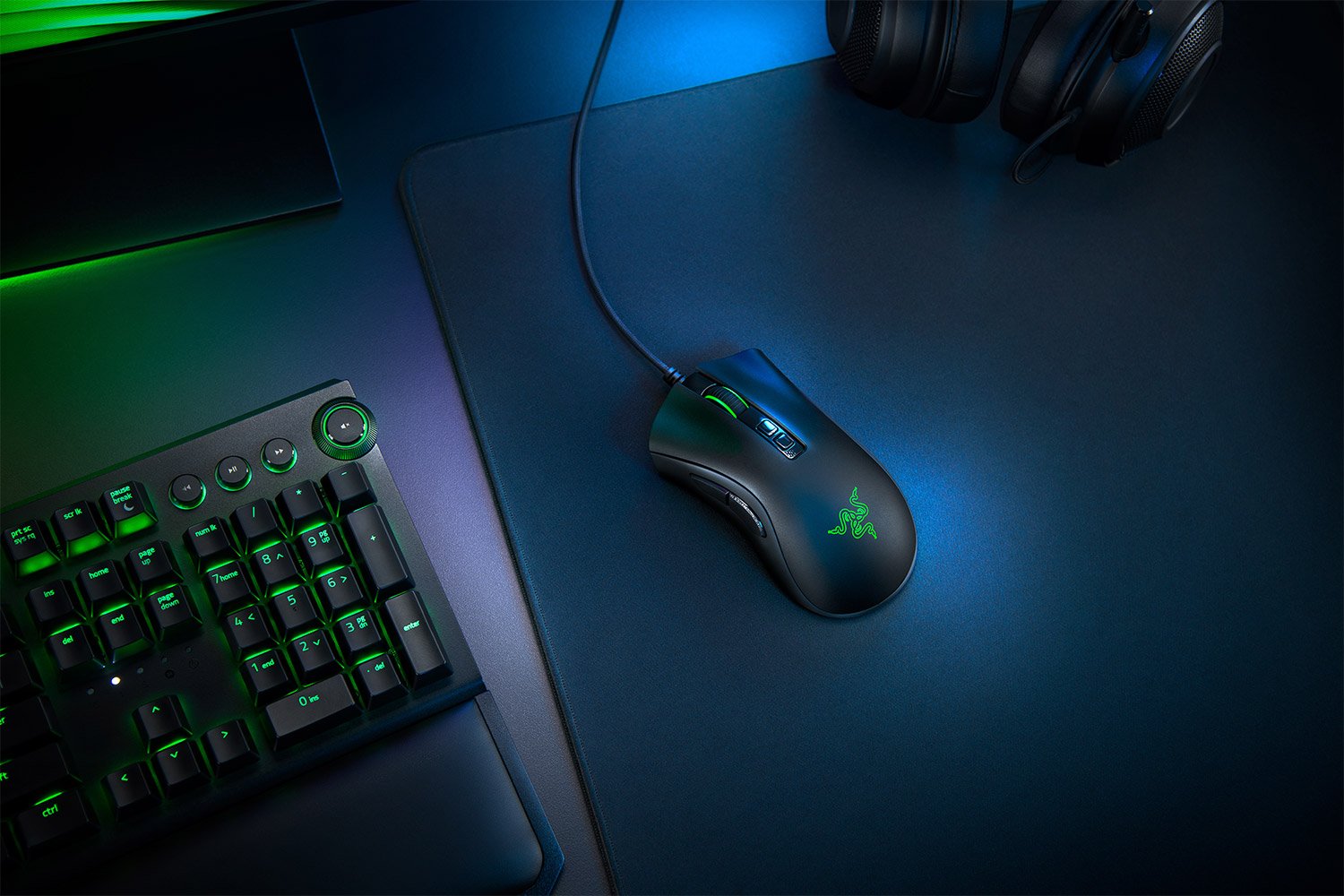 Wireless peripherals used to be miles behind their wired rivals when it came to competitive gaming. Wireless solutions were plagued by battery issues, and gamers always feared running out of power in an intense situation.

Wireless technology is clearly the dark horse, however—it’s come a long way in the past decade. The batteries last for months, wireless mice are just as responsive as the wired ones, and keyboards have become more robust. Though headsets were late to follow the trend, wireless audio solutions also rose to the occasion and became a go-to choice for gamers who are all about mobility.

Here’s our guide on the pros and cons of wired vs. wireless peripherals to help you decide what suits you the best.

The keyboard is one of the most crucial components of gaming. A keyboard that has a low response time can be a deadly weapon in any game in which reflexes matter. When buying a keyboard, the wired vs. wireless debate gets overshadowed by the “mechanical vs. membrane” quarrel.

While mechanical keyboards offer a unique typing feel alongside a lower response time, membrane keyboards do the same thing with less noise but a shorter lifespan.

A lot of the best keyboards on the market are wired mechanicals since they tend to have less input lag and higher polling rates. Wireless keyboards aren’t that far behind their wired competition and can still be great choices if you aren’t the most competitive gamer.

Switches are the most important aspect of a mechanical keyboard. The SteelSeries Apex Pro features OmniPoint, which was also developed by SteelSeries.

OmniPoints are one of the most durable switches on the market that can endure more than 100 million keypresses. Though they also have the fastest response time and the lowest actuation point, their main gimmick is being adjustable.

A low actuation point is good for gaming, but some people might prefer higher values for typing. The Apex Pro allows you to adjust this setting and find your own balance. The keyboard also comes with a comfortable wrist rest that can be detached if you prefer not to use it.

The Corsair K63 is one of the best wireless gaming keyboards on the market. With its 75-hour battery life, it feels like it never runs out of juice. It even makes you forget about charging it, so definitely check how it’s doing before hopping into a competitive match.

K63 has a great build quality and comes with Cherry MX Red switches. Thanks to its 2.4GHz gaming-optimized wireless technology, it functions with a one millisecond response time.

Since K63 has a tenkeyless design, it’s also extremely portable and is a great choice for anyone who travels a lot with their gear.

Wireless technology closed the biggest gap in the gaming mice industry. Wireless mice have the same competitive sensors that wired ones use and some of them are even lighter.

Since they’re close to the same when specs are considered, cutting the wires becomes a quality-of-life upgrade for gamers. If you’re still hesitant about having batteries, some manufacturers started making wireless charging mouse pads, which should keep your mouse’s battery at 100 percent all the time.

Though some people are still attached to their wired mice, wireless options have gained a lot of popularity since many famous streamers keep dominating in competitive games with them.

The Razer Deathadder is a classic. It’s been around for ages and it doesn’t look like it has any intentions of going away. The main reason behind its popularity is its ergonomic, simple design and response time.

The Deathadder v2 has a tracking speed of 650 IPS and a maximum DPI of 20,000. The Razer optical switches ensure instantaneous response time and the Focus+ sensor is one of the most accurate ones in the industry.

Without its cable, the mouse weighs 82 grams and glides like a dream with its PTFE mouse feet.

The Logitech G Pro is one of the best gaming mouses that money can buy. It’s even better than most of the wired options out there due to its top-of-the-line sensor.

The G Pro Wireless features Logitech’s HERO 16k sensor that has a maximum DPI of 16,000. With its 400 IPS tracking speed, it’s the best sensor that Logitech has made to date.

It only weighs 80 grams and all eight of its buttons can be programmed via the Logitech software. If you’re a rough user, fear not since replacement side buttons are also included in the package.

Wireless headsets have been the common concern of both audiophiles and gamers for a long time. Gamers were worried about their response times and audiophiles weren’t sure about their sound quality.

Since the headphone jack population started declining, wireless headsets picked up the pace. They offer the same audio quality now and their response time is also quite low. It’s also impossible to run them over with your chair during intense gaming sessions.

Almost every headset on the market lacks at least one aspect. It’s hard to find that perfect one—and if you do, hold onto it tightly.

The Astros A40 TR is one of the few headsets that offers a complete package. It has great audio quality with distortionless bass and clear mids. The fit is also comfortable and it didn’t cause any headaches after using it for more than six hours in our testings. Its high-quality microphone is removable and can be placed on both ears.

The SteelSeries Arctis Pro is one of the few wireless headsets that’s complete. It offers high-quality, lossless audio, and there doesn’t seem to be any distortions at max volumes.

Though its microphone can’t be considered studio-grade, it’s still great and carries out your voice in the smoothest way.

If you’re hesitant about pulling the trigger on one of these headsets due to your concerns over its battery life, don’t worry. SteelSeries solves that problem by including two batteries in the package. You can charge one of them while you’re gaming with the other and swap them out once you run out of juice.