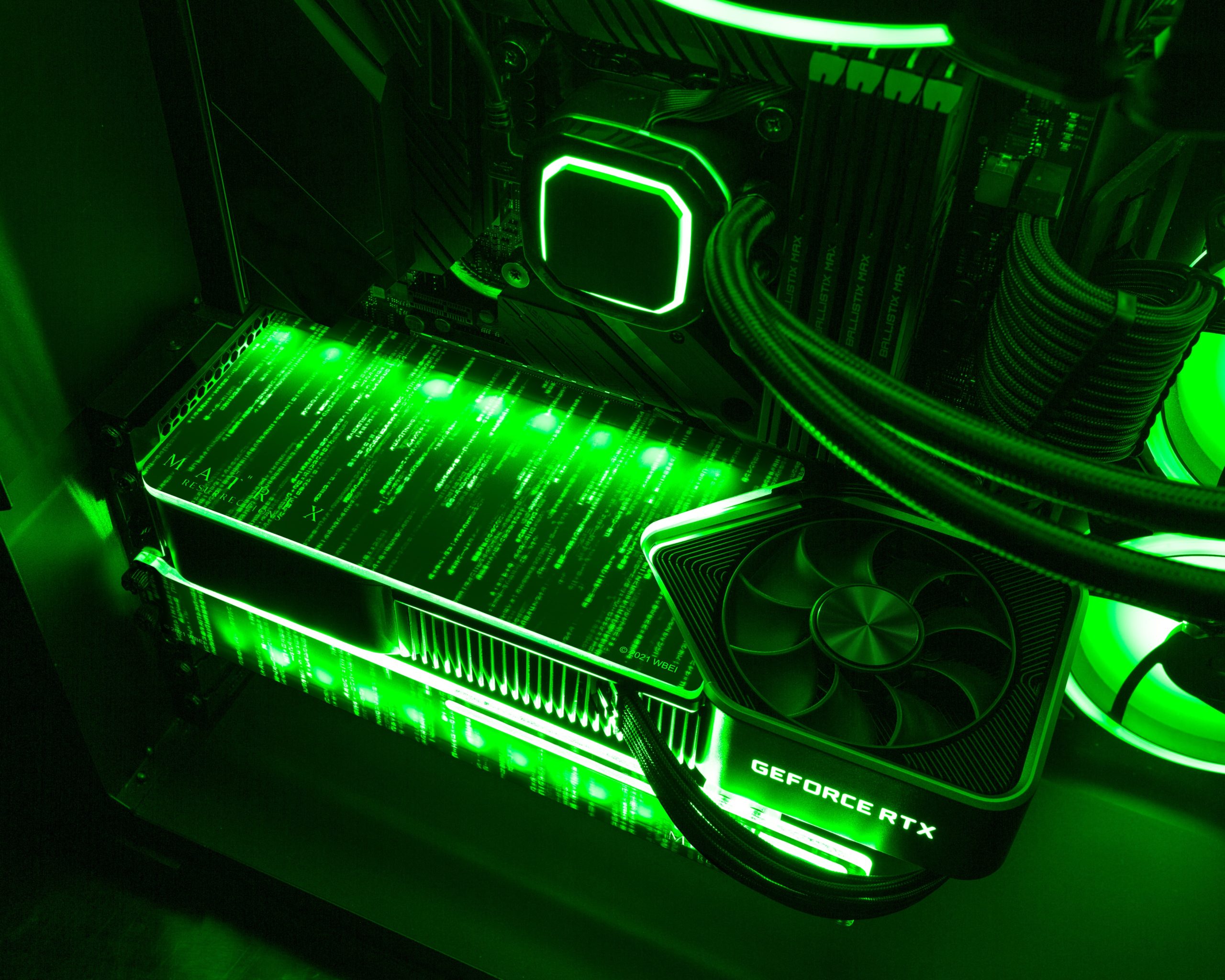 Warner Bros. has partnered with Nvidia to create and give away three custom Matrix Resurrections-themed gaming PCs specced to the teeth with Nvidia’s 30 series GPUs. While a team-up like this isn’t unheard of, few collaborative efforts result in anything this unnecessarily successful.

Each PC in the giveaway features a drastically different form than the next. The three models are named after their case manufacturer and borrow from the Matrix universe. First up is the Digital Storm Backup Operator, which features a custom-built operator terminal ripped straight from the movie. The next is the NZXT Nebuchadnezzar, named after Morpheus and crew’s ship from the first Matrix trilogy. Lastly, The Breacher’s segmented build is modeled after an interface designed to impersonate a Sentinel’s signal. Each custom PC is designed by a different artist.

Rounding out the giveaway collection is Staszek “Tips” Wiertelak’s The Breacher. This build features an RTX 3090, an AMD Ryzen 9 3950X, MSI’s X370 Carbon motherboard, 32GB Corsair Vengeance RGB RAM, a 2TB m.2 storage drive, and a 1200W Cooler Master PSU. Nvidia claims the PC case is modular and can be removed from the fully interactive system.

On top of receiving one of three Matrix-themed PCs, winners will have a shot at securing one of several custom GPU backplates. Designs include the Matrix‘s digital rain, white rabbit, and déjà vu cat.

The gaming PC giveaway comes just ahead of the Matrix Resurrections’ Dec. 22 theatrical and streaming release on HBO Max. Fans can enter the giveaway from Dec. 12 to 22. Full instructions are available on Nvidia’s official giveaway page.