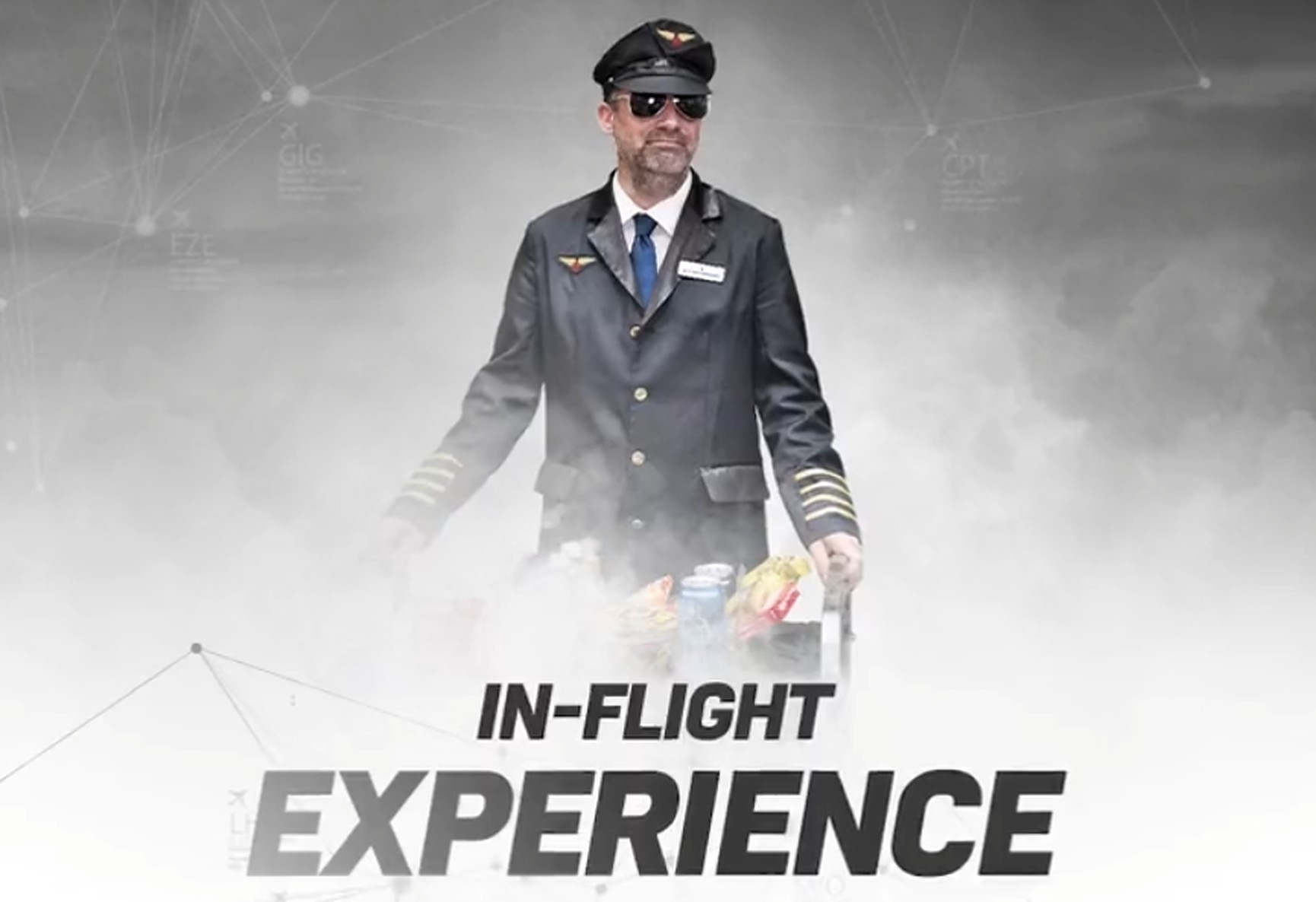 Turtle Beach’s In-Flight Experience is a subscription service that grants subscribers access to a guy in a pilot’s uniform with a snack cart. The snack cart features ramen, chicken nuggets, G-Fuel, and anime because who doesn’t love a side of anime with their gaming?

“We could not be more excited about the Velocity One,” said Dell. “It’s one of the best ways to get into flight simulation. But at Turtle Beach, we’re always looking to take things to the next level. That’s why we have the all-new subscription service VelocityOne In-Flight Experience. The next level of immersion that we think players are going to love.”

Things get a little less convenient if you’re not into Fortnite since the only currency accepted by the In-Flight Experience is V-Bucks. The In-Flight Experience also isn’t very keen on watching for feet or elbows in the aisle since he can be seen slamming into an employee’s arm. Turtle Beach also had some issues with hygiene and housing, so it’s definitely a good thing that this idea stays in the company’s noggin and never sees the light of day. And you can forget about having a distraction-free gaming environment during your Elden Ring playthrough since the In-Flight Experience is known to troll players during boss encounters.

Some aspects of the In-Flight experience are downright useless, with the In-Flight Experience attempting to hand out “headsets” which appear to just be earbuds to Turtle Beach employees who have access to the latest headsets and gear. Still, it’s a needed bit of levity in an otherwise bleak moment in time regarding world events.

Hats off to Turtle Beach for bringing the funny this year, especially since it had an even worse idea than HyperX’s “Touch Grass” collection. Turtle Beach’s In-Flight Experience won’t be launching in winter 2022. Snacks and anime would be pretty cool, though.