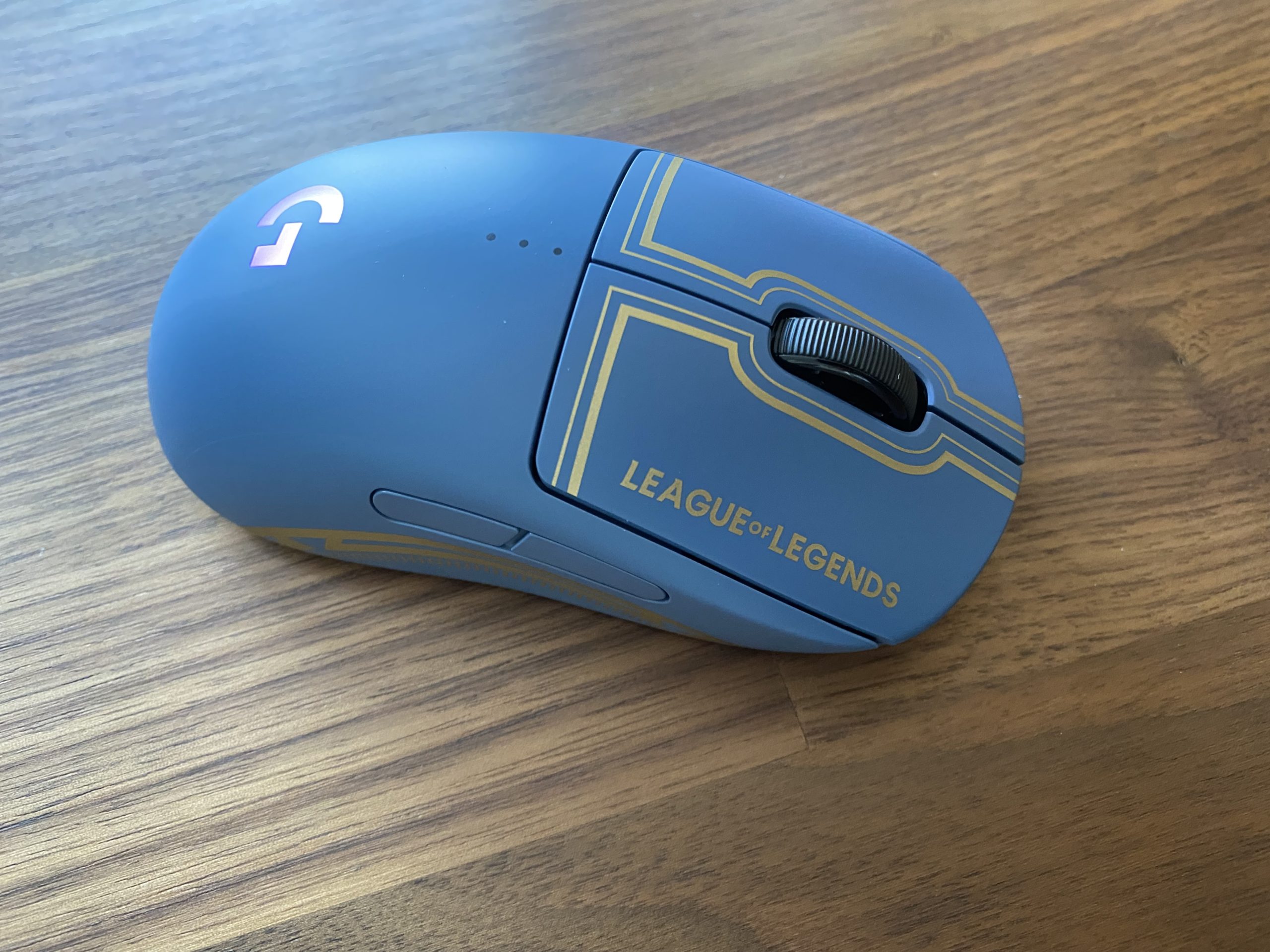 Logitech G and Riot Games have come together once again for another peripheral collaboration. Following March’s highly anticipated K/DA collaboration, the two companies are looking to improve upon their first project with a more generalized League of Legends peripheral collection.

Each product is thoughtfully draped in a League-inspired design. Many players will recognize the patterns as League’s emblematic Hextech design. Although the K/DA collection showcased how to make use of the Logitech G canvases, the Hextech designs look and feel slightly more premium in their execution. The Hextech details add vibrant contrast against the matte blue shells. Along with providing visual contrast, the raised lines offer tactile contrast that emits a more premium vibe. 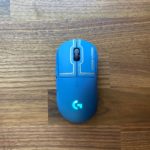 Looking at the Pro Wireless, there are quite a few design elements executed in a small amount of real estate. The Hextech design on the mouse buttons does most of the heavy lifting, and the League of Legends script creates a trendy asymmetrical effect. Once again, the Hextech design graces the sides of the mouse, with the raised texture of the lines giving the Pro Wireless a unique feel. These lines won’t help you in-game, but they add a little something extra to the experience. 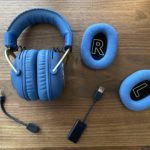 Iterating on one of Logitech G’s most popular releases, the League version of the Pro X headset riffs on the original’s subdued aesthetics in a boisterous fashion. Gaudy gold detailing combined with gold headband sliders play well against the smoky blue finish of the headband and ear cups. Like the Pro Wireless, the gold Hextech designs are raised and ooze a premium aesthetic, especially the League “L” on the left ear cup.

Looking at how the headset holds up a few years after its release, the Pro X does a fine job of providing some versatility with accurate audio. Users can seal in the sound of the 50-millimeter drivers with leatherette earpads or improve breathability with cloth earpads. Cloth pads generally improve comfort, while leatherette earpads trap in sound and create greater depth. The included USB DAC also gives users flexibility with access to preset EQs and Blue Voice filters. Like the Pro Wireless mouse, the Pro X headset remains a viable option several years after its 2019 launch. 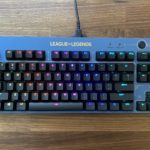 The Pro tenkeyless (TKL) keyboard features one of the most detailed designs of the bunch. Similar to the K/DA collection, the League version of the Pro keyboard corrects one of the keyboard’s biggest flaws. Logitech G never fully utilized the overly large forehead of the Pro keyboard, leaving a blank space in what is otherwise useful real estate. The K/DA and League iterations remedy the issue by placing large, metallic raised logos above the F row. Aside from the thoughtful logo placement, the Pro TKL features intricate Hextech detailing around the RGB and Game Mode buttons as well as the arrow keys.

The Pro TKL ships with GX Brown switches and informs much of its performance. Logitech G’s GX Brown switches feature a 2-millimeter actuation distance and a 50-gram actuation force. Despite having a lower actuation point than other competitive options, the GX Browns avoid feeling overly mushy or sluggish. It would be best to give players a wider range of switch options considering the company makes its own switches. 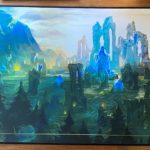 The League G840 XL mouse pad is for the die-hards. It takes up a massive amount of desk space and can create a bit too much visual noise if you’re not the right audience. Despite being a beautiful work of art, the print adds a significant amount of visual noise if you’re using the entire collection. While the mouse, keyboard, and headset can all maintain a somewhat undercover appearance despite their designs, there’s no hiding your fandom with this mouse pad.

For those who can’t afford to purchase the full collection, our reviewer recommends picking up the Logitech G Pro Wireless mouse or the Logitech G Pro TKL keyboard. While every item in the collection is pricey, these two products are top performers and feature designs that can accent your setup without going overboard. Plus, unless you’re streaming, you’ll never really see your headset while in use.