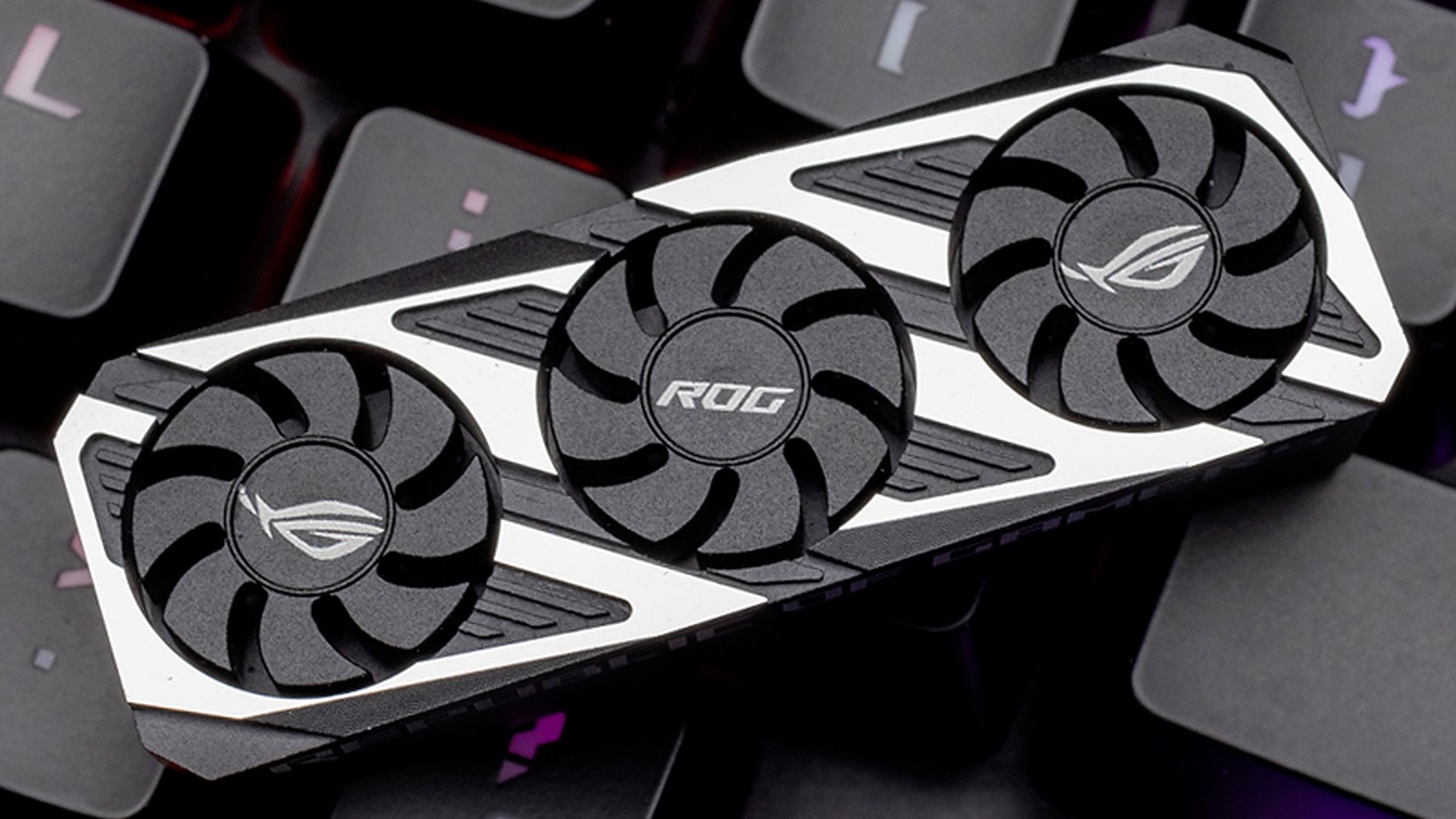 If you’ve tried to get your hands on a graphics card and failed at every step along the way, don’t worry, this officially licensed Asus Republic of Gamers GPU-inspired keycap exists.

Originally spotted by Twitter user KOMACHI_ENSAKA on Frontier, this keycap takes after an Asus ROG Strix Touchstone GPU with a triple fan design and an aluminum build. Fans spin using a ball-bearing design, which seems to borrow from past designs like Holyoops’ Nvidia GeForce RTX 3080 Founders Edition. The Asus ROG Strix Touchstone keycap is a 2.75u keycap, making it suitable for the right Shift key.

The artisan keycap market is filled with designs that are infinitely more creative than this triple fan GPU, and yet, this keycap is far more outlandish. With the ongoing chip shortage tanking GPU supplies alongside scalpers and resellers, having the only reliable way to get a hold of a high-performance card be a keycap is both hilarious and painful.

While there’s little chance of scoring a GPU at or around MSRP, at least creators are solving the shortage in their own ways. You may not be pulling over 100 frames per second with this and it definitely can’t run Crysis, but the Asus ROG Strix Touchstone keycap is a fun way to customize your keyboard while having a bit of a laugh at the circumstances.