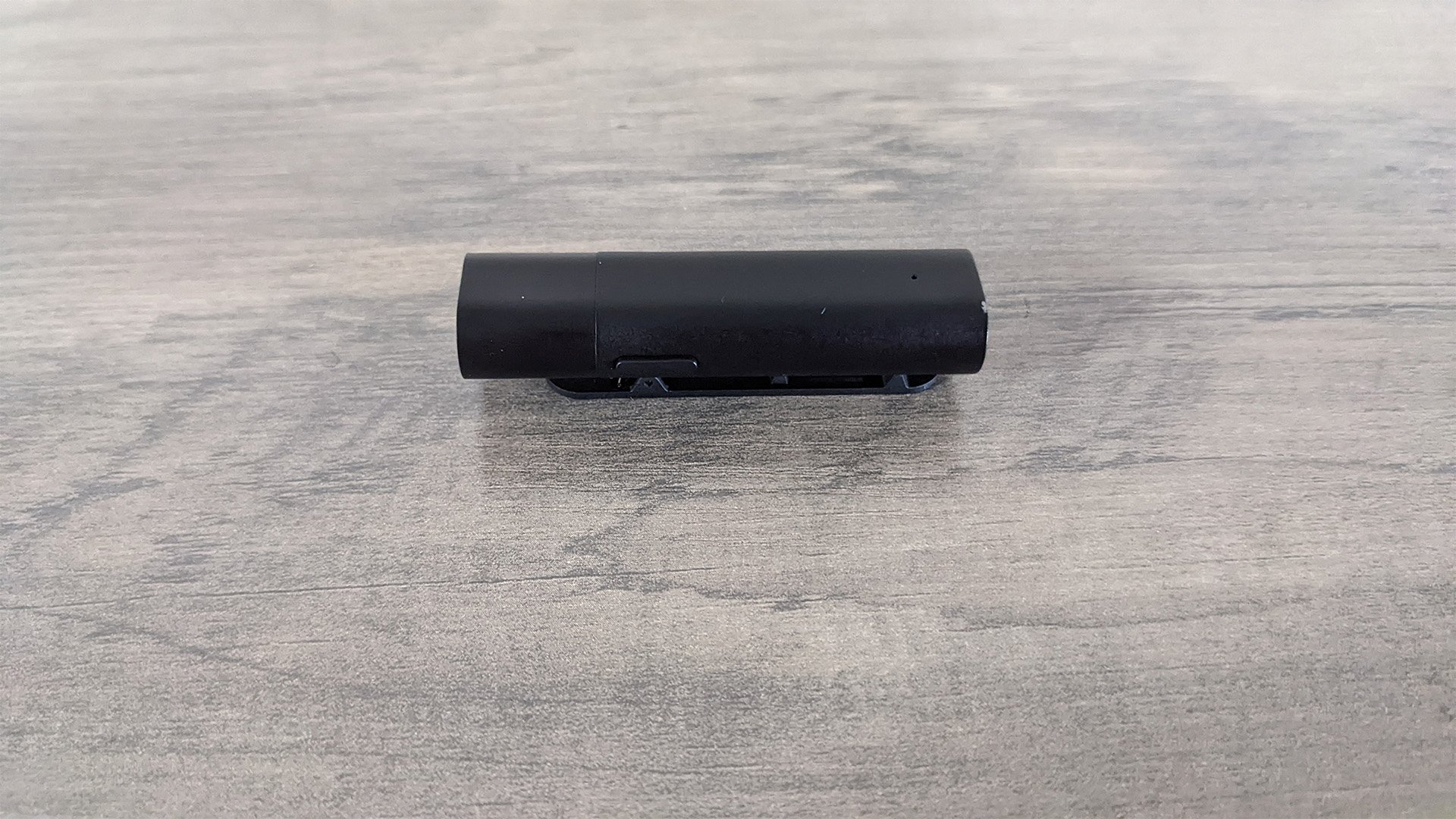 Razer’s recently updated Seiren line has traditionally been used for home streaming setups using consoles or PCs. However, the green company’s newest addition to the Seiren lineup is the Razer Seiren Bluetooth. Aimed at streamers who like to vlog or move around a space, Seiren BT is a decent microphone with excellent features that separates it from the pack. Here’s our review of the Seiren BT mic. 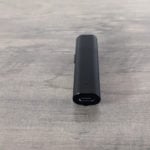 Seiren BT is an omnidirectional wireless Bluetooth microphone. Half the size of most smartphones and just a bit thicker; Seiren BT is compact enough to fit in a pocket and forget it’s there. It’s lightweight with a total weight of 14.5 grams or about three-tenths of a pound. The weight makes it suitable for attaching it like a lavalier to shirts and jackets using the clip on its back.

The microphone is on the top of the device, located on the hinge end of the clip. It has a max sample rate of 48KHz, however the bit depth is not listed. Beside the microphone array is a 3.5-millimeter jack that an headset or another microphone can use. This feature enables sidetone monitoring, adjustable in the new Razer Streaming app.

Microphone gain, sidetone, and AI-noise suppression are all controlled inside the Razer Streaming app. Noise suppression has three selectable levels: High, Low, and Off. Sidetone and mic gain use a slider, and these functions were intuitive and easy to adjust during testing.

Users can quickly switch between connected devices without issue in the Streaming app. This feature makes it easy to connect to a PC, console or mobile device with just a tap of the button. The Seiren BT can also control some devices, with the side button able to accept, pause, and end calls. This button also enables device pairing and turns Seiren BT on and off.

The mic can use two custom windsocks that go over the top of the microphone. The first windsock is foam, which is suitable for an everyday indoor environments. For outside vlogs and streaming, the alternative windsock is furry. Furry windsocks cut down noise produced by wind.

While the foam windsock attaches to the mic comfortably, the furry windsock was more challenging to fit due to its large seam. Once it’s on, however, it performs admirably when blocking wind, even on a windy day. Plosive sounds are less jarring with the furry windsock, but the foam will require minor adjustments.

A short USB-C to USB-A cable comes with Seiren BT connecting the USB-C charging port on the bottom of the mic. The Seiren BT can last up to six hours, which is more than enough for vlogs or outside streams on a full charge. It takes about 90 minutes for the device to charge. The device also functions normally while actively charging. 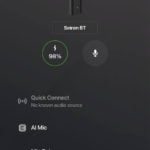 Omnidirectional microphones aren’t usually the type of polar pattern used for audio recordings, especially when it comes to streaming. A big reason is that these mics pick up sound from all directions instead of one. This reason is why most content creators prefer cardioid microphones. However, Seiren BT is an exception to the rule.

The mic does an admirable job of recording with minimal background noise and voice distortion with the noise-canceling off. It may not match its condenser microphones in quality, but vocal playback is clear with a slight reverb. Its important to note that this effect may be due to the acoustics in the room, though.

Disappointingly, the High setting distorts voice somewhat. Processing on this setting makes playback sound like it came from a web camera mic array, which is understandable given it’s an omnidirectional mic. Seiren BT completely isolated vocals from background music coming from a soundbar a few inches in front of it.

Low seems to be the sweet spot most will likely find to work best. Voice distortion is minimal, and the suppression eliminates typical noises like computer fan whirring or mouse clicks. It’s remarkable how well it works already, and it wouldn’t be out of the question for the software controlling the AI to improve over time. 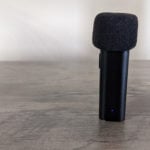 Although Razer may not classify it as a lavalier, it is consistent with other wireless and Bluetooth microphones. Content creators, journalists, vloggers, and mobile game streamers come to mind for possible use. Walking does not cause any unnecessary noise since the clip holds in place well, and its ability to switch to different devices lends to Seiren BT’s versatility.

Moreover, Seiren BT is compatible with several mobile streaming apps like Streamlabs Mobile, Twitch, and YouTube Live. It can also pair to consoles like PlayStation 5 and Nintendo Switch, though the Switch can’t use Bluetooth microphones. Still, Seiren BT’s headphone jack allows it to stream the audio from an audio source, meaning it’s possible to route sound through it to another listening device.

There’s very little to dislike about Seiren BT for its purpose and price point. It’s useful for content creators who enjoy moving around a space or those looking for a wireless lavalier. Its mic quality, excellent noise suppression, and utility will inspire many to add it to their audio setups.