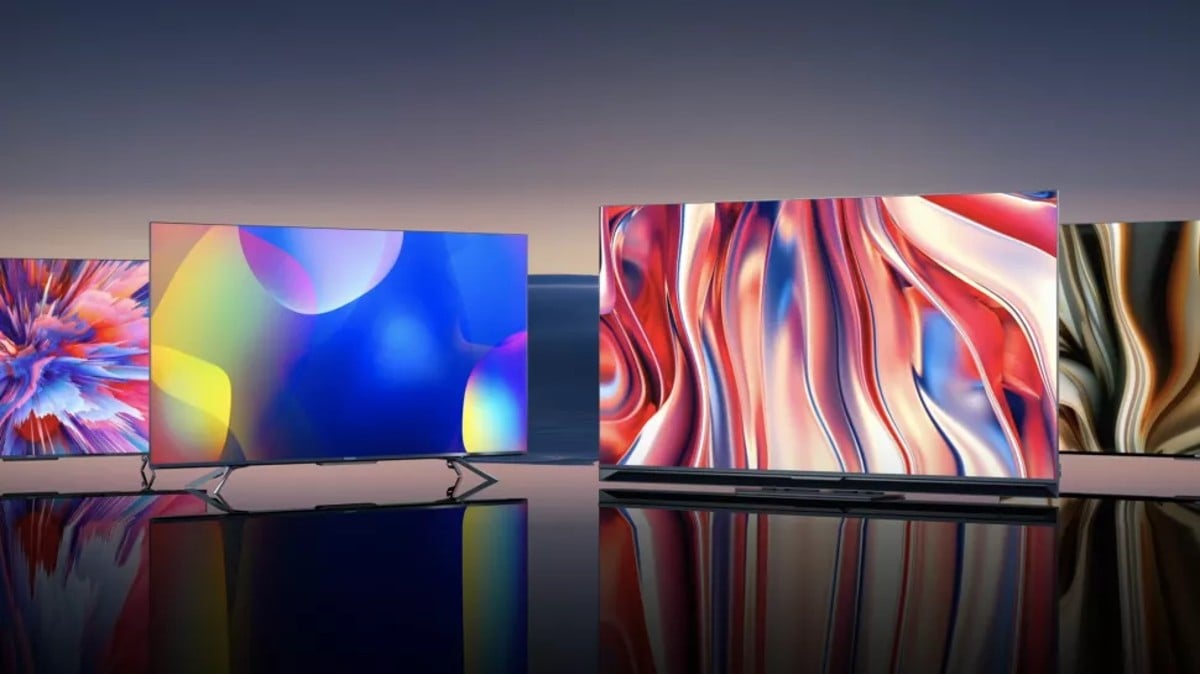 This year is shaping up to be exciting for TVs, with multiple new competing technologies competing for space in a crowded market. The world’s first QD-OLED TVs are due soon, and companies are refining other new technologies like mini and micro-LED tech to make them more accessible to everyday buyers.

With the release of the PlayStation 5 and Xbox Series X, manufacturers have been forced to up their game and add features to accommodate the lucrative gaming market. HDMI 2.1, 144Hz refresh rates, and more could soon be standard for most TVs.

Most manufacturers have already announced their TV lineups for the year, with the majority having minor enhancements and upgrades. However, there are a select few that stand out. These TVs either break new ground for performance or set a new trend that will hopefully catch on.

Sony used CES 2022 to showcase its new QD-OLED Sony A95K (using a Samsung panel). This new technology is the best of both worlds and combines the brightness and vivid color reproduction of quantum dot technology with the deep blacks for the perfect viewing experience. It also has wider viewing angles and consumes less power than conventional OLED displays.

From a gaming perspective, the A95K stands out because it has HDMI 2.1 ports and is capable of displaying 4K content at 120 Hz. Sony also claims that it will have a response time of 8.5ms or less when it’s in game mode. Variable Refresh Rate (VRR) technology is also included to reduce screen-tearing, but it will only work with the latest Xbox consoles until the PlayStation 5 gets its much-needed update.

This TV will be available in 55 and 65-inch options, but so far there’s no confirmed release date or pricing available.

Until recently, OLED TVs were only available in 48-inches upwards. LG’s about to change that with the world’s first 42-inch model, the LG OLED 42 C2. This TV was also unveiled at CES 2022, and its lower price should make it more accessible to buyers who couldn’t previously afford OLED tech.

Despite its smaller size, the LG OLED 42 C2 will include the same a9 Gen 5 processor as its larger 48 to 88-inch siblings. It will also include HDMI 2.1 ports so gamers can experience 4K resolution and a fast 120Hz refresh rate. Like the Sony A95K, there’s built-in VRR, but LG goes a step further by adding G-Sync and FreeSync Premium, making it ideal for PC and console gaming.

Samsung’s MicroLED TVs have been around for a couple of years, but they’ve only been available in colossal sizes like 146-inches. They also have extreme pricing that only makes sense for companies and is out of reach for most individuals.

MicroLED TVs include millions of LEDs to light up the pixels. Each pixel gets three LEDs, allowing them to display different colors to the pixels around them and to turn on and off individually. This system increases the overall brightness of the TV and improves color accuracy. The downside is that a 4K TV needs around 25 million LEDs, making it very expensive.

This year, Samsung announced some smaller models, including 89, 101, and 110-inch versions, which improves practicality since they can actually fit into people’s homes. While the pricing has improved over the older models, $100,000 isn’t a joke; these TVs are still confined to the elite.

It’s easy to argue that the new MicroLED TVs are irrelevant to most consumers because of their hefty price tag. That said, Samsung’s taking steps in the right direction, and it seems like a matter of time before the technology trickles down to smaller models.

Like with the A95K, there’s no confirmed release date or pricing available for Samsung’s new MicroLED TVs.

Hisense maintains its reputation for outstanding value with its affordably-priced mini-LED TVs like the U8H. Mini-LEDs are a new way method of backlighting LCD TVs, although it’s based on existing tech.

The idea behind it is simple. Instead of having hundreds of larger LEDs for backlighting, mini-LED TVs have thousands of smaller 0.2mm alternatives to do the same job. More LEDs equates to better backlighting control which improves the brightness and contrast of the TV for overall better picture quality.

Brands like Samsung and LG already have mini-LED TVs in their lineups, but they don’t come cheap. Hisense is throwing the cat amongst the pigeons with its more affordable alternatives like the U8H available in 55, 65, and 75-inches with a starting price of around $1,099.

Despite its reasonable price tag, the U8H is packed with modern gamer-friendly features like HDMI 2.1 and a 120Hz refresh rate. It also includes Freesync and VRR as standard features and has a dedicated game mode.

Samsung’s first Neo QLED TVs came out last year and are already getting a major update for 2022. These TVs sit at the top of the company’s consumer range and use mini-LED technology for their display.

Last years’ models ranged between 43 and 85-inches, with models offering either a maximum of 4K or 8K resolution. The big news is that the 4K models will get a new 144 Hz panel, upgraded from 120Hz. It’s Samsung’s first 144Hz TV, showing that higher refresh rates is catching in the casual market (TCL also has a 144Hz alternative on the way).

While there aren’t any consoles capable of hitting 144Hz, it does mean the TVs will pair better with high-end gaming PCs — especially for those looking to build high-end immersive rigs for sim racing, flight or space simulators, or those just wanting a degree of future-proofing without the risks presented by OLED TVs.