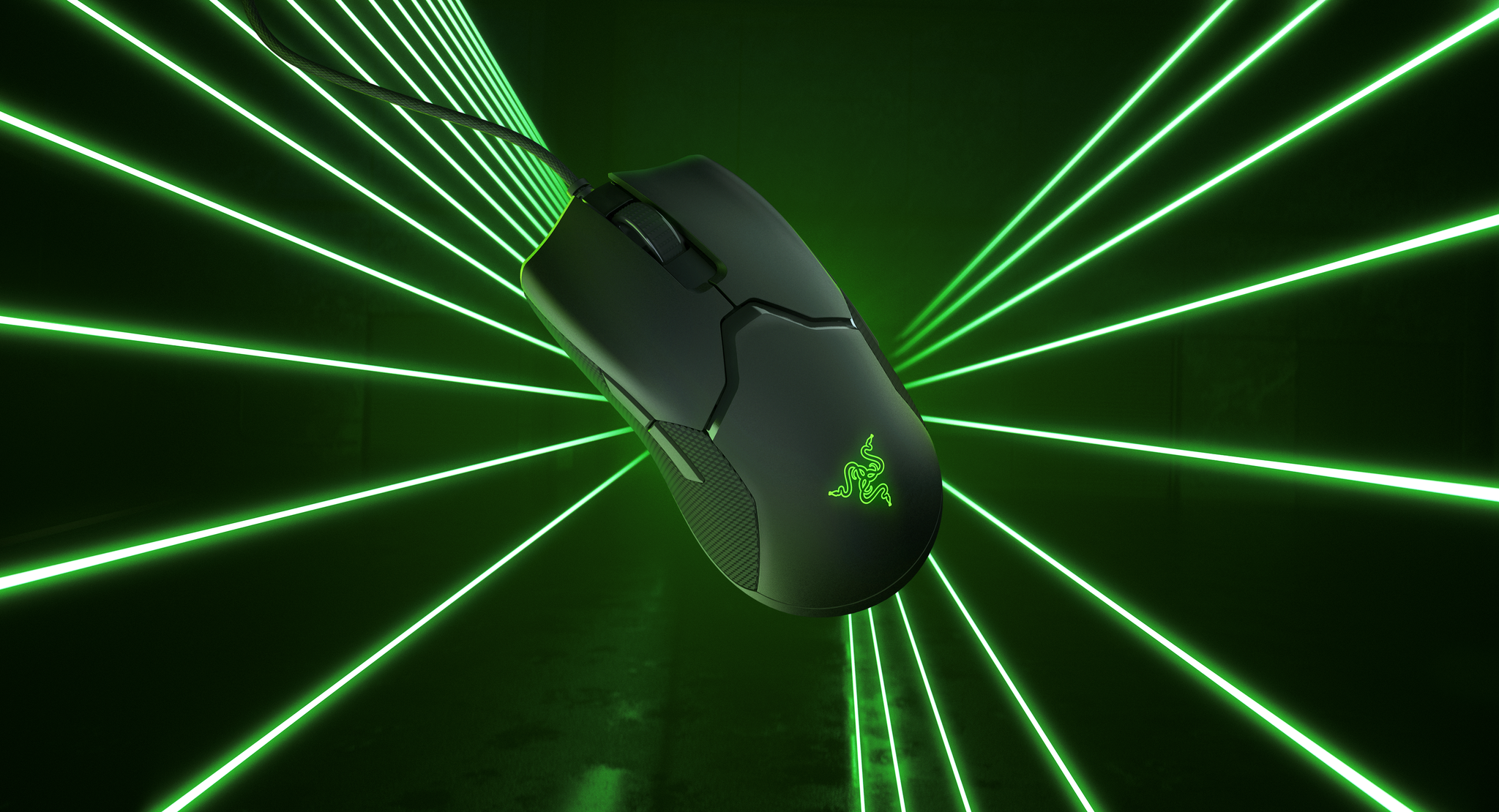 Razer is making a hard play to be the pinnacle of gaming peripherals and it shows in spades with the Viper. The lightweight solid-shell mouse ticks all the right boxes—except for one.

Lightweight mice have heavily dominated the gaming mouse market in 2019. Finalmouse single-handedly changed the landscape of the market and others were forced to follow. While the lightweight craze has subsided a bit in recent months, it’s still very much alive. Razer was the last to join the party and it’s paid off big time with the Viper.

This is a lightweight mouse that’s also elegant-looking with clean lines and a logo that’s invisible with the RGB lighting turned off. This simple aesthetic is far superior to the honeycomb design in our eyes. We adored the Glorious Model O when it launched due to its highly competitive price point and fantastic performance, but it hasn’t aged well due to the holes collecting oil and dust over months of use. Even with regular cleaning, the Model O just attracts dust due to its open-shell honeycomb design.

The Razer Viper has none of that honeycomb business and it’s better for excluding it. The sacrifice here is mere grams and it really doesn’t bother us switching over from a Model O. Clocking in at 69 grams, the Viper only outweighs the Model O by two grams. The difference in weight is negligible and anybody who tells you that they can feel it is likely just a hype beast for one company or another.

What does feel different is the actual body of the Viper. The honeycomb design feels obsolete after handling the Viper. There’s no sidewall creaking and certainly no side button mushiness like there is with other lightweight mice. It’s nice to use a product that inspires confidence, even after hours and hours of testing.

But enough about weight. The cable is, like many other mice cables on the market, Razer’s own proprietary attempt at a paracord cable. The Speedflex cable is a bit stiffer than other companies and could see some improvement if there’s a second iteration of the wired version. The Viper’s cable will definitely need a few days to fully settle the kinks, so that’s something to keep in mind out of the box. A little detail that sticks out about the Viper is that the cable is angled up, which discourages cable drag. It’s a small but important feature that contributes to the Viper feeling light on its feet.

The shape of the Viper is of particular interest since it’s a true ambidextrous mouse. Many lightweight mice have an ambidextrous shape without being truly ambidextrous. It’s always disappointing to see lefties short on options, so seeing side buttons on the right-hand side is encouraging. For all the righties out there decrying the inclusion of the leftie side buttons on the Viper, they’re able to disable them in the Synapse software with a literal click of a button.

The hump is subtle and snuggles up in the palm just enough to make it a feasible option for users with larger hands to palm grip the mouse. The Viper lends itself to all grip styles and excels in the comfort department. This is a jack of all trades mouse if the second half of the expression didn’t exist. The Viper masters fit, feel, and weight. Something that surprised us was the grip on the sides of the mouse. While they by no means provide the comfort that the HyperX Pulsefire Dart’s side grips do, the grips are useful and don’t heat up as quick as you might think.

We do feel as though the feet on the Viper could be a bit faster on a cloth pad surface, however. They’re not bad at all but they do feel a bit slower than some of the other top-tier mice feet on a cloth pad. With that being said, the Viper boasts some large mouse feet for its size and this could easily be remedied via aftermarket feet or a second iteration by Razer. Again, you’ll have to really try to notice the difference here and we feel that it was almost not even worth mentioning.

Another key selling point of the Razer Viper is that it uses Razer’s own optical switches. While these switches provide a completely different gaming experience when in the Huntsman TE keyboard, the difference here is negligible. Mice are obviously fundamentally different than keyboards and the way mouse switches actuate, whether mechanical or optical, will always feel drastically different than a keyboard. Because we need the click of a mouse, the 1.0 mm actuation point is null and void with the Viper. Again, this isn’t a bad thing, but it’s not nearly as large of a selling point as intended.

The only issue we take with the Viper is that it costs $79.99. This price point isn’t too bad, but when considering other lightweight options, the price isn’t exactly competitive. We can’t help but feel as though we would be paying for the name and fancy packaging. It’s not completely out of the question since the Viper is one of the absolute best gaming mice of 2019, but it’s a bit of a snag when weighing options.

Razer has created one of the best mice of 2019 and probably of all time if we’re feeling bold. The solid-shell design proves that a mouse can be lightweight and not have the same honeycomb design as every other lightweight mouse on the market. There’s nothing necessarily wrong with honeycomb but it’s a design that has heavily dominated 2019, so Razer stepping up with the Viper is a breath of fresh air.

If you’re in the market for a lightweight mouse that forgoes the honeycomb trend, the Razer Viper is absolutely worth your time. The price point is slightly higher and doesn’t attempt to be competitive, but maybe it doesn’t have to be. Razer has a real winner on its hands and the company seems to know it. Despite the price tag, this is undoubtedly one of the best mice of the year.