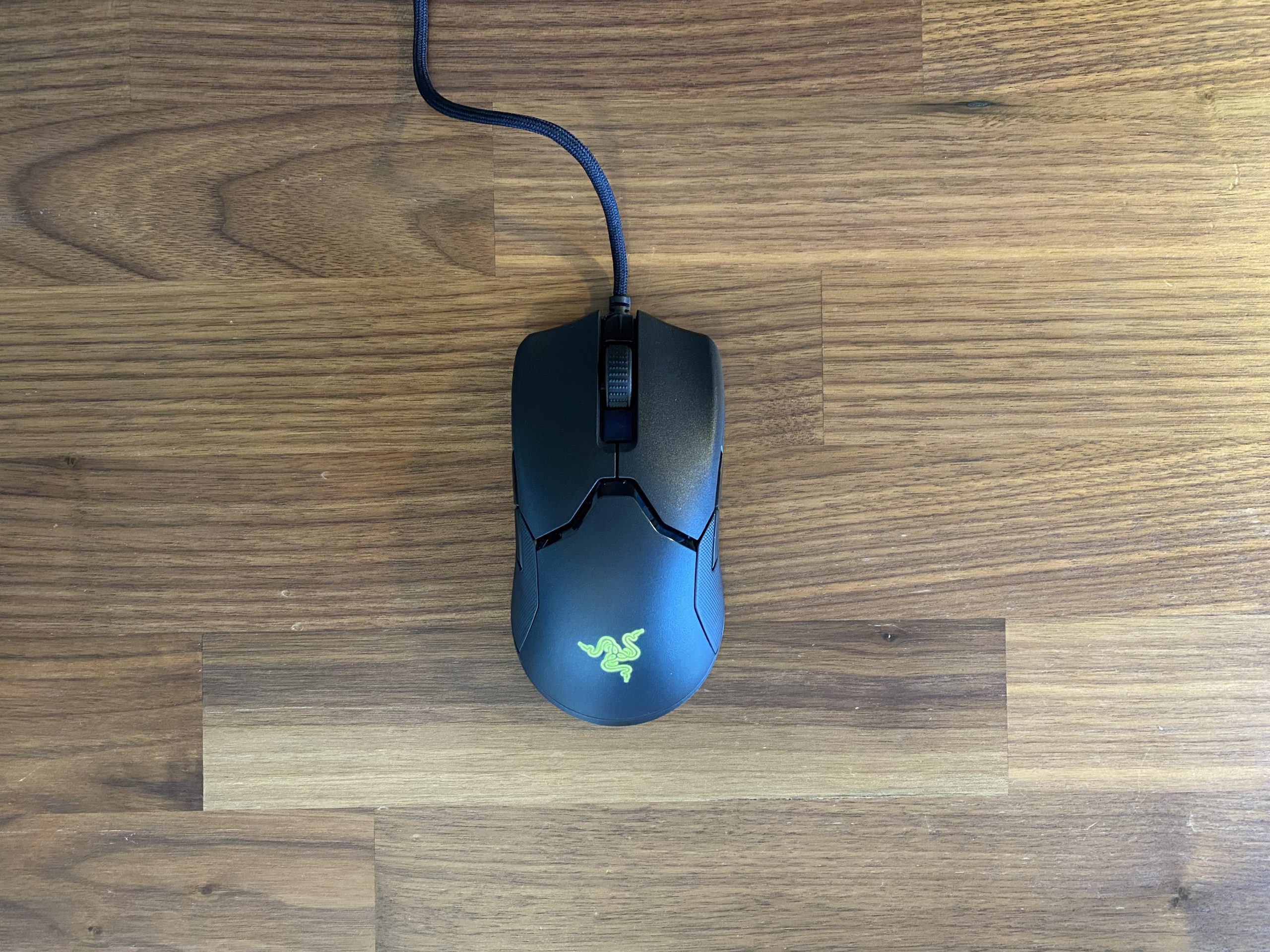 Razer has proven itself to be a forward-thinking brand several times over. The company seemingly strives to innovate and improve with each peripheral release. From the original Viper’s revolutionary weight and design to the brand’s wickedly fast optical keyboard switches, Razer has continued to experiment with its products to great success.

After a wildly successful launch in 2019, the Viper received both a wireless and miniature update. Each model in the Viper line received praise for its price and feature set. Razer’s Viper family is cemented as one of the most flexible gaming mice lineups to date and is looking to bring the Viper legacy to new speeds.

The company’s newest mouse release, the Viper 8KHz, pushes the industry forward while giving users a taste of a future few will benefit from at this time.

Razer has thoroughly revamped the internals of the Viper 8KHz in just about every way that counts. Some of these upgrades are noticeable, while others are more difficult to pin down.

An easily identifiable upgrade is the second-generation optical mouse switches. These mouse switches deliver on speed and are up to three times faster than traditional mechanical mouse switches. Using an optical switch is a no-brainer since this mouse is built around the idea of achieving the fastest speeds possible. Clicks here feel light but give off a crisp, audible click.

The upgrades that make this mouse worth talking about are the sensor and USB controller. Razer replaced the 5G sensor found on the original Viper with its newer Focus+ optical sensor. The new sensor is capable of up to 20,000 DPI, as opposed to its predecessor’s 16,000 DPI range. Along with the improved mouse resolution comes a massive bump in polling rate with Razer’s high-speed USB controller that utilizes its HyperPolling technology. The previous iteration of the Viper featured the industry-standard 1,000Hz polling rate, while the Viper 8KHz earns its name by providing users with an 8,000Hz polling rate.

The new sensor did add a few grams to the Viper 8K’s weight. Instead of sitting at 69 grams like its predecessor, the 8K weighs in at 71 grams. The three-gram weight increase doesn’t make much of a difference and is easy to overlook when considering what Razer is trying to do with this mouse.

Polling rate is the number of times your mouse sends an individual report to the PC. The industry standard 1,000Hz polling rate reports your mouse’s position 1,000 times per second to the PC, resulting in a response time of one millisecond. These figures matter because mice with lower polling rates may suffer micro-stutters due to a delay between registering mouse input and rendering the frame.

This infographic also highlights the difference in delay as it pertains to potential micro stutters that cause choppy mouse movement. Because the 8,000Hz mouse reports significantly more information within the same timeframe, it drastically decreases the delay between your last input registering and the frame rendering on-screen.

On paper, the difference between the two polling rates is staggering and convincingly presents 8,000Hz polling rates as the future of competitive gaming. But there’s a big caveat to this leap in performance.

Will you even notice?

Gauging the performance of this mouse is where things get tricky. To reap the benefits of the 8KHz technology, you’ll need a modern rig. In the interest of getting the best performance possible, Razer required our reviewer to use a monitor capable of over 144Hz and an Nvidia GTX 1080, AMD RX 5700, or better. The company also recommended an Intel Core i5 8600K, an AMD R5 3600, or better. While setting hardware requirements for a mouse sounds odd, it makes sense once you see your CPU usage skyrocket just by wiggling the mouse around in a circle. Users with rigs specced below this can still use the Viper 8KHz but should consider dropping their polling rate down to 1,000Hz in Synapse.

Testing the Viper 8KHz on a 360Hz monitor with an Nvidia RTX 3080 and an i7-9700K felt responsive and smooth, as you’d expect. But the actual performance differences between the original and the 8K feel slight at best. Tracking felt consistent, and the mouse clicks registered with immediacy. The overall experience feels somewhat smoother than the original. But our reviewer cannot definitively say that the performance gap between the two Viper models was anything beyond marginal.

Razer’s Viper 8KHz feels like it’s waiting on a future that isn’t quite here yet. Maybe its potential will become fully realized in the coming years since there’s a massive drive to decrease system latency across the board. Being early to the party doesn’t mean this mouse is a gimmick. It just means that the Viper 8KHz is future-proofed to an extent. Because the performance gap is so hard to notice, the Viper 8KHz’s current audience might be limited to competitive players who are more likely to notice these differences due to the amount of time they spend dialing in their settings.

The wisest choice Razer made with this release is keeping the price point the same as the original Viper. Razer discontinued the original model, leaving room to place a premium on the Viper 8KHz. Instead of gouging early adopters, Razer skirts any potential shade by forgoing the price hike associated with these types of advancements.

Ditching a premium on the new Viper earns more good faith among gamers. It also helps Razer avoid criticism for releasing a “gimmicky” product that some users might not be able to take advantage of at this time. Everyone wins here.

Fans of the original Razer Viper won’t see any difference in the appearance of the Viper 8KHz. Razer stuck with the ambidextrous design that made the original mouse so popular. The design of this mouse is the most accessible lightweight mouse by a long shot, thanks to the side buttons on either side. Logitech’s G Pro Wireless also features these side buttons, but the lightweight G Pro X Superlight removed them to save weight.

The Viper 8KHz maintains its predecessor’s solid-shell design and skips the honeycomb trap most mice fall into while trying to achieve the lightest weight possible. Returning alongside the solid-shell design are the grippy sidewalls that made the original Viper slightly more comfortable. The only downside to the added comfort is the grips hold onto heat and become uncomfortable over longer sessions.

Users get the same eight programmable buttons and on-board memory featured on the original mouse. Razer’s Synapse software configures both the buttons and the onboard profiles. Synapse isn’t the most stubborn software, but it may take a little while for new users to become accustomed to the many-layered user interface.

Other returning performance features include Razer’s Speedflex cable and 100-percent PTFE feet. Both of these features have become industry standards and go a long way in making wired gaming mice light on their feet without creating much cable drag.

Razer made a smart move by not hiking the price of the Viper 8KHz. In skipping the price increase, the company not only earns more good faith among gamers, but it also ensures people buy its product since Razer discontinued the original. It would have been a much tougher sell if the company discontinued the original and hiked the Viper 8KHz’s price. Instead, this feels like a well-planned business move made with the community in mind.

The Viper 8KHz carries the legacy of the original into the future, but to little effect at this time. Razer’s newest Viper is just as great a mouse as the original, but you’ll need the right hardware and a fast monitor to feel that ever-so-slight performance difference—if there really is an impactful one.