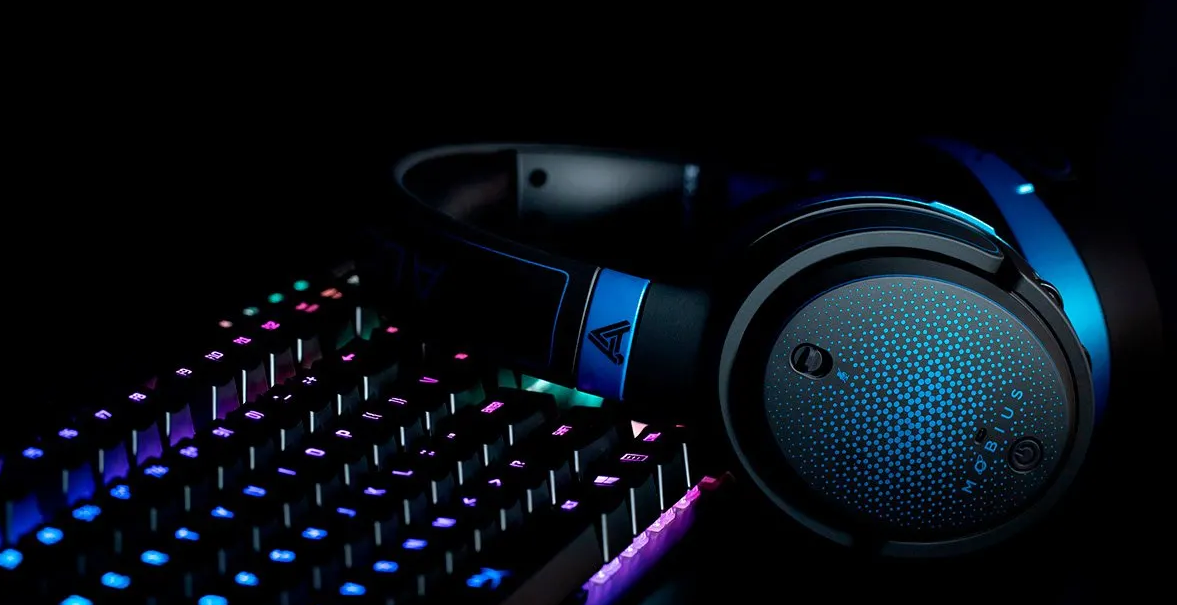 Audio headset company Audeze is aiming to make a splash in the gaming market with its upcoming Penrose headset for next-gen consoles, so I decided to try out another of its flagship products: the Mobius headphones.

From a design standpoint, the Mobius is excellent. It uses Audeze Planar Magnetic drivers for superb sound quality. The emulated 3D audio effect is top-notch, allowing you to hear in-game footsteps from the exact direction they come from, supporting both 5.1 and 7.1 surround sound modes. Disappointingly, the headset needs to be connected via a USB wire to use 5.1 and above.

One of the more unique selling points of the Mobius is its integrated head-tracking feature, which tracks head movements at 1,000 times per second “to feed the 3D emulation algorithm.” If you hear an in-game explosion behind you and turn your head, for example, the headset compensates, using “room emulation” that will continue to feed the sound from the same direction when you turn.

The headset comes with an aux cable and a USB cable, so it can be plugged into a console and PC that way, but the included cables aren’t very long at all at a little over three feet. This can be problematic for some, depending on the layout of your gaming setup.

The left earcup of the Mobius features multiple ports, including the power button, a USB-C port, an aux port, a port for the included microphone, volume wheels for both headset and microphone volume, a microphone mute button, and a button to toggle 3D audio.

The earcups themselves are over-ear, made of a combination of faux leather and soft foam, so they can get a bit sweaty at times. The headset doesn’t completely cancel noise, but it does a solid job of muffling outside sounds.

As for one of the cooler features, the Mobius can quickly switch between Bluetooth and aux modes. This allows you to seamlessly go from listening to audio via Bluetooth to then plug into a DualShock 4 controller and use it for both game chat and audio, for example.

Basically, the Mobius is a wired gaming headset with a wire that’s too short and it comes with an option for Bluetooth but without a Bluetooth receiver. And it retails for the same price as a PlayStation 5 Digital Edition, so it’s pricey.

The lack of a wireless USB dongle combined with its short cables and exorbitant $400 price tag makes this headset feel like it has a bit of an identity crisis. Is it meant for wired or Bluetooth play? Thankfully, it can be both, but the inclusion of a couple of different items could have made this a must-have.

The quality of the headset itself isn’t up for debate, though. It feels and wears like a top of the line, well-made, sturdy piece of audio equipment through and through. You just might need to pick up a longer cable or USB dongle to help it reach its full potential.