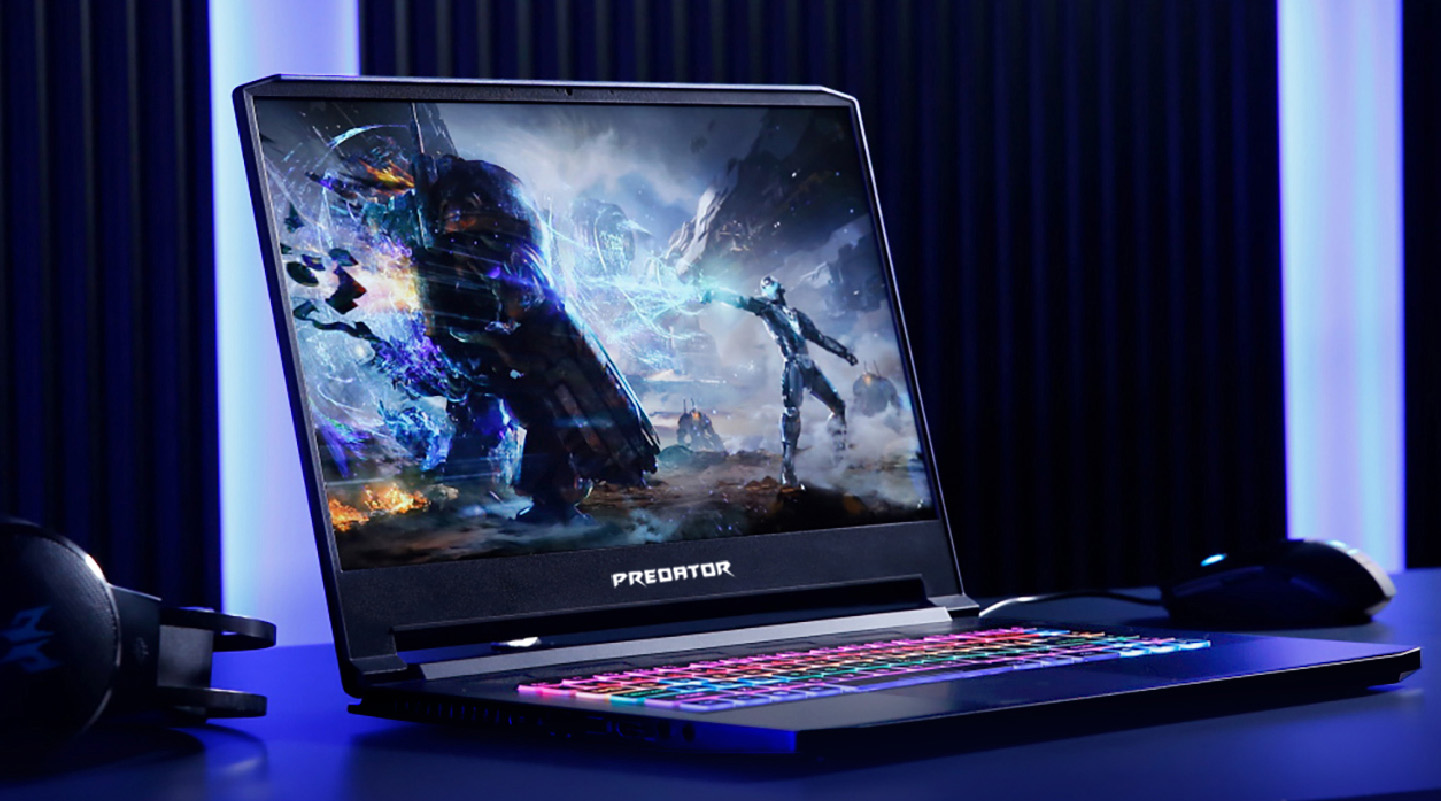 Gaming laptops were behind their desktop counterparts when it came to performance for a long time. But that has changed significantly over the last decade after graphics cards became much more efficient and processors continued to evolve. Once combined with a powerful SSD, today’s laptops became powerful enough to run all the recent games.

Most gaming laptops still cost more than if you were building a PC with the same specs, however. But one should not forget that portability is also a factor. With a gaming laptop, not only will you be able to play your favorite games, but you’ll also have the ability to play them wherever you go.

The perfect gaming laptop should have the specs to satisfy your needs while having a decent airflow to keep your system cool. The market is quite competitive and it’s possible to find a laptop anywhere from $500 to $6,000. We’ve gathered the best gaming laptops that the money can buy.

If you don’t want to break your bank, be sure to check out our list of best budget gaming laptops.

Razer changed the way gaming laptops were headed in 2011 with its first true gaming laptop. Since then, the company kept evolving and shaping the market.

The laptop weighs around 4.75 pounds and its 16 GB of RAM can also be upgraded to 32 GB. Its CNC-milled aluminum body gives a premium feel to it and is quite durable.

If the specs seem a bit of an overkill to you, you can customize some of the internals to adjust the price to your liking.

Even before gaming laptops were a thing, Lenovo was producing some of the most capable laptops for gaming. Its Legion line only features products that are made for gamers.

Lenovo mostly focuses on delivering the best performance and cuts back on its outer design. Though the Legion Y740 may look a bit bulky, it only weighs 6.4 pounds and packs an Intel i7-9750H processor alongside 16 GB of RAM. Buyers have the option to choose between an RTX 2060, 2070, and 2080.

The laptop’s 17.3-inch display has a refresh rate of 144 Hz. Storage-wise, the Y740 is equipped with a one TB HDD and a 256 GB SSD. Its back design also ensures a great airflow, which is always helpful to keep your system cool under stress.

When it comes to looks, Alienware never seems to disappoint. With its out-of-space look, the Area-51m may be the best-looking option on our list.

Screen-wise, it’s on the bigger side of things. The base model comes with a 17.3-inch display that supports 60 Hz. Don’t fret, though—you can also opt-out for a 144 Hz screen before pulling the trigger.

As long as storage goes, you can pick between anything from a 256 GB SSD to a two TB SSD. Overall, the possibilities with this model are endless and you should definitely check out its official website to tinker around with the specs.

A laptop with the best specs usually loses in the size department while a thinner option struggles when it comes to performance. Though Asus’ ROG Strix Scar 3 isn’t the thinnest laptop on the market, it surely tries to offer the best of both worlds.

The ultrabook-looking laptop features a ninth gen Intel i7-9750H processor alongside an NVIDIA RTX 2060 graphics card. Combined with 16 GB of RAM and a 512 GB SSD, the Scar 3 is a great all-rounder. Its 17.3-inch 144 Hz full HD display also offers bright and vibrant colors.

ASUS’ cooling game is also on point, since it comes with strong fans that are adjustable and anti-dust tunnels to keep the fans and heatsink clean.

MSI’s GT76 Titan may have been a desktop PC in another life. It’s the bulkiest laptop on the market and is also the most powerful one. It surely outperforms most PCs and is the definition of raw power.

The GT76 is not a good choice if you’re planning to carry around your laptop all day due to its size, however. But as its size suggests, it packs a mean punch. The laptop is quite customizable; you can pick between almost any 10th gen Intel i9 processors and an NVIDIA graphics card ranging from RTX 2060 to 2080.

Its RAM can be upgraded up to 128 GB and it can hold up to two SSDs and one HDD at the same time. Display options range from a 4K 17.3-inch display to a 240 Hz IPS screen. MSI offers a world of possibilities and it’s definitely worth a shot if you want to get the maximum amount of frames possible out of a laptop.

Unlike other brands on our list, Acer doesn’t really go to extremes both in terms of design and performance. It usually produces reliable and powerful enough laptops that should be more than for the average user.

The Predator Triton 500 comes with an Intel i7-9750H processor and an NVIDIA RTX 2060 Max-Q graphics card, alongside 16 GB of RAM. Its 15.6-inch full HD 144 Hz display should be enough to let you experience a smooth gaming experience. Storage-wise, it packs a 512 GB NVMe SSD to lower the loading times as much as possible.

Overall, this 4.41-pound heavy laptop can be a great pick if you’re looking for something to get the job done and are not into maximizing every setting possible in games.

MSI surely has the biggest library of gaming laptops. The company has six different product lines to satisfy all different needs.

The GE65’s base model comes with a beautiful 15.6-inch display that has a refresh rate of 144Hz. Equipped with an Intel i7-9750H processor and an NVIDIA GTX 1660 TI graphics card, it’s a decent all-rounder. Its 16 GB of RAM is more than enough for modern games and the 512 GB NVMe SSD assures the lowest possible loading times.

Its only drawback is its 15.6-inch 144 Hz display being less bright than most of its competition. But if you care about the looks, the per-key RGB keyboard makes it a sight to see in low-light environments.

Laptop manufacturers have been in a battle to create the thinnest gaming laptop possible. As they get thinner, other problems such as heating arise. ASUS decided to take another approach and decided to widen its laptops. Wider laptops essentially solved the overheating problem to an extent while also allowing ASUS to use bigger displays.

Though its price tag may look a bit scary, it’s certainly a future-proof choice due to its recent and powerful specs.