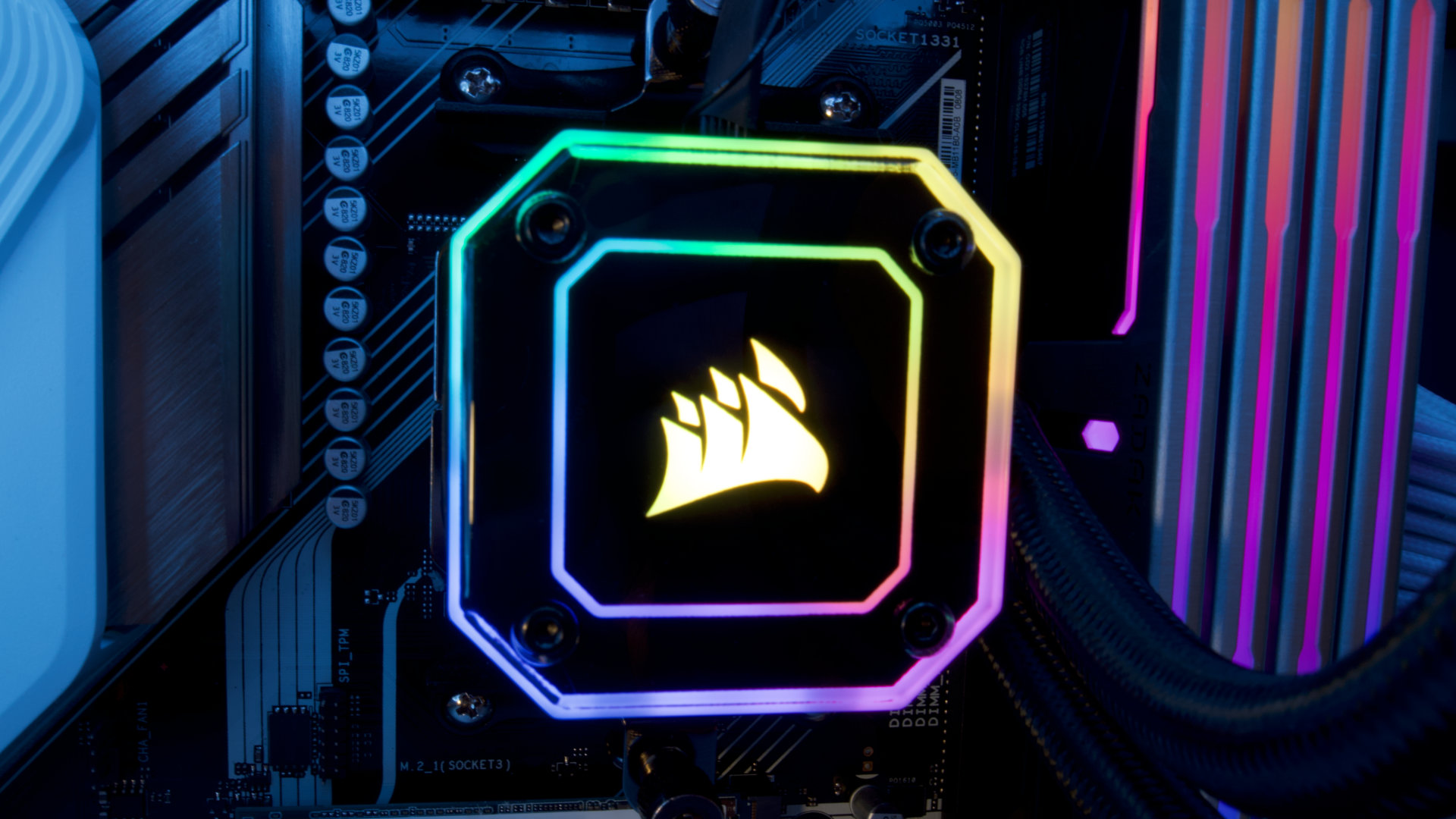 You need a good CPU cooler if you want your PC to run at its best. The CPU is your PC’s brain and gets hot when dealing with intensive tasks like running games for hours at a time. The best CPU coolers make sure it stays cool and delivers optimal performance. If your CPU is cool, it will also have a longer lifespan, and you can save money in the long-run.

Air coolers use a fan and heatsinks and sit on the CPU. All-in-one (AIO) coolers have a radiator, fans, and a pump for liquid cooling. They both have their pros and cons and come in different sizes and different prices. The best one for you depends on your particular requirements and budget.

One of the best ways to show off your build is with RGB lighting. It comes in a dizzying amount of colors and adds flair and style to your PC. These days you can even sync your RGB CPU cooler to match your other components like your mouse, keyboard, headset, or even the case itself.

Here are some of the best CPU coolers with RGB lighting to brighten up your PC.

The Cooler Master MasterAir MA620M looks incredible and does a fantastic job of cooling your CPU. It uses two heatsinks with six heat pipes to increase the surface area and enhance the cooling properties. Sandwiched between heatsinks is a vertical 120mm PWM fan that runs between 650 and 2,000 RPM. The fan provides excellent air pressure to keep everything cool, and it’s also quiet, running at up to 30dB.

This CPU cooler is compatible with most CPUs, including Intel and AMD chipsets. One of the best things about it is the unique addressable RGB lighting strip on the cooler’s top. It shares the hexagonal shape with the Cooler Master logo and comes with the controller included. The MasterAir MA620M is surprisingly easy to install, but it doesn’t come cheap.

The Thermaltake Floe DX 360 takes an entirely different approach to the MasterAir MA620M and uses liquid cooling. This all-in-one liquid cooler comes with everything you need for installation, including various Intel standoffs, AMD mounting brackets, and the RGB controller and cables. The highlight is the three 120mm ARGB fans.

Each fan has eight individually addressable LEDs, and you can use the TT RGB PLUS app to configure the lighting and fan speeds. Included is the controller that allows you to connect up to five devices like mice, keyboards, or headsets. The three fans connect to the large, 360mm radiator with exceptional cooling properties. This Alexa-compatible product is perfect for keeping your CPU cool during marathon Call of Duty sessions, and it looks great.

The Deepcool Neptwin is much cheaper than our previous two entries but still does an excellent job keeping your CPU chilled. This air cooler uses six U-shaped copper heatpipes with a mirror-polished copper base to keep thermal resistance to a minimum. The heatpipes connect to twin-tower heatsinks with dual 120mm fans.

Both fans run at between 500 and 1,500 RPM and are relatively quiet, operating at around 27dB. As expected, it’s compatible with most Intel and AMD processors. Each fan has six RGB LEDs with presets like breathing, cycling, and static state. They are also compatible with common apps like Asus Aura and MSI Mystic Light. This cooler is enormous and needs lots of space, but it provides outstanding heat dissipation.

The Aorus RGB AIO Liquid Cooler is very quiet and looks fantastic. This liquid cooling system has a 240mm radiator with dual 120mm fans. The fans feature a durable dual ball bearing design and spin at around 2300dB under a maximum load. They operate at between 22.3 to 44.5 dB depending on the load and do a fantastic job of cooling down the aluminum radiator.

Each fan has addressable RGB lighting with presets like wave, flash, and gradient. They are controlled by the RGB Fusion 2.0 app and can sync with your motherboard or case. One of the outstanding features is the full LED display on the cooler. It also has RGB lighting and displays critical information like the fan speed and temperature. The cables are a bit short for some setups, but otherwise, the Aorus RGB AIO Liquid Cooler is a solid choice.

The MasterAir Ma410M is another eye-catching cooling system from Cooler Master. This air cooler features a unique design with four flat heatpipes. The flat heatpipes have a large surface area for better cooling, and they fit into an aluminum heatsink with hexagon cutouts. On either side of the heatsink are two addressable RGB fans set in a push-pull configuration. The fans run at between 600 to 1,800 RPM and are a bit noisy compared to rivals.

The whole unit is covered with an air-guide cover with a light guide device. The armor directs the airflow to ensure equal distribution, and the light guide is purely for aesthetics and enhances the lighting effects. This CPU cooler has 28 addressable RGB LEDs that can sync with your headset, mouse, or keyboard. An excellent feature is a thermal sensor that displays the temperature. At normal loads, the LEDs are blue, and when things get hot, they turn red.

The Corsair iCUE H150i Elite Capellix is an incredible all-in-one liquid cooling system. It has a large 360mm radiator with three 120mm addressable RGB fans. The fan speeds are adjustable between 400 and 2,400 RPM and can even be configured to switch off at lower temperatures. There are eight RGB LEDs on each fan and another 33 on the cooler. All of them are controlled with the iCUE app and can match your case or even your gaming chair. You also get a glossy black pump cap and a transparent one so you can choose what suits you.

Where this CPU cooler has outstanding value is the inclusion of the Commander CORE management module. It allows you to control everything from pump speeds to PWM curves and RGB lighting. It also has three extra slots for more fans or other devices. Having a centralized interface to control your components makes life easier, but all of them have to be Corsair products.

The Thermaltake UX200 is much cheaper than the Corsair H150i but still has impressive performance. It has four heatpipes with flat bottoms for better cooling. They join an enormous aluminum heatsink with 42 aluminum fins. It uses a step design, and there are 11 smaller fins at the bottom and 31 on top.

Sitting vertically on the heatsink is a 12mm fan with 15 addressable LEDs. It runs between 300 and 1,500 RPM and between 26 and 33dB. One of the great things about this cooler is that it works with most motherboards with a 5V addressable RGB header. It’s also compatible with a variety of software like Gigabyte Fusion and ASRock Polychrome. The UX200 performs well for a budget cooling fan, but you might need something bigger for intensive tasks.