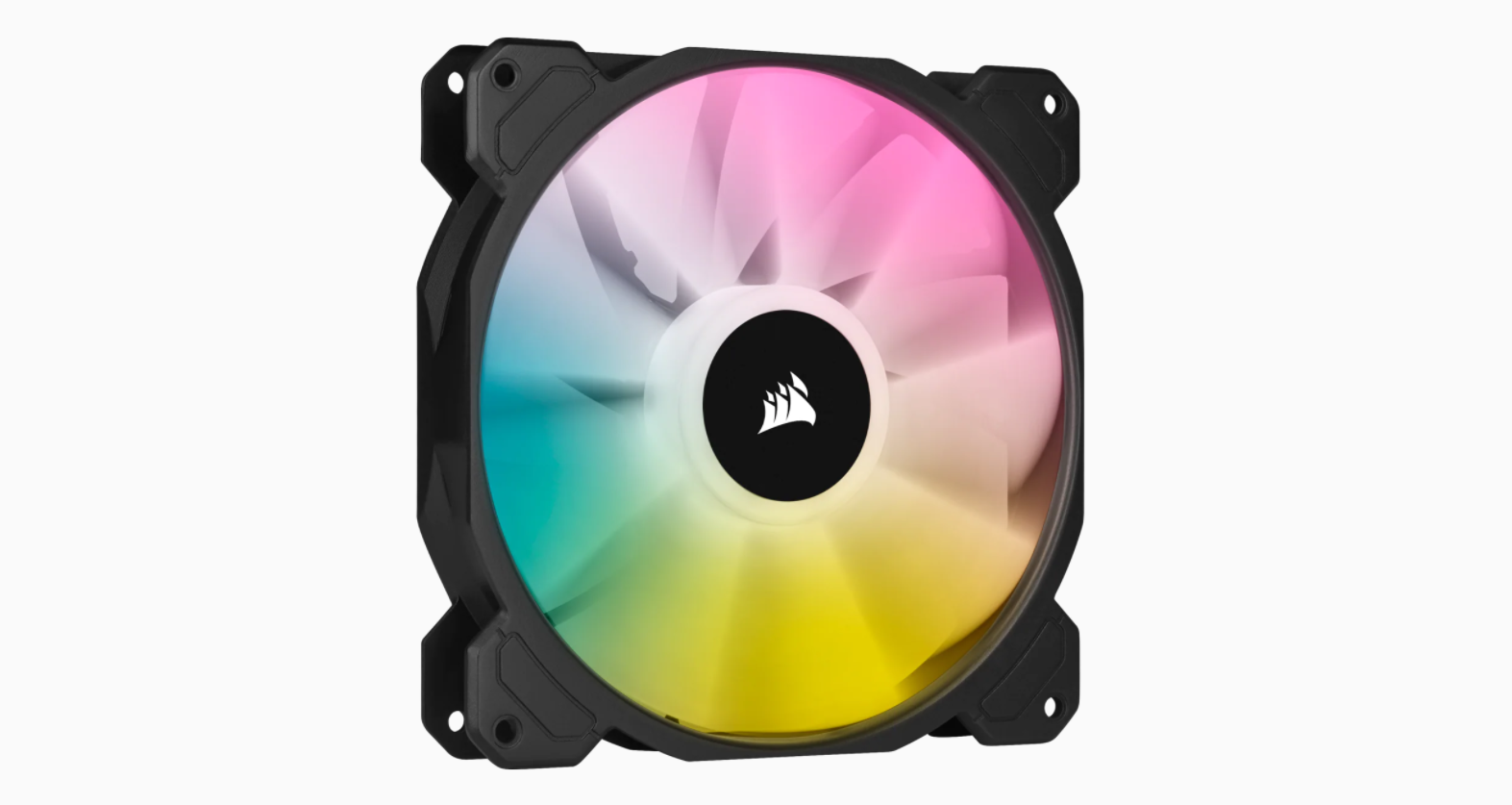 Gaming PCs generate lots of heat thanks to components like the GPU and CPU. Static pressure fans keep the core components cool and improve cooling and performance.

A static pressure fan may look like a regular fan but function much differently. Instead of dispersing air in every direction, static pressure fans focus it in a specific direction to keep things cool. Static pressure removes heat resistance and ensures air is pushed through tight spaces like radiators and dust covers.

These are the best static pressure fans on the market.

Measuring in at 200 millimeters, Cooler Master’s MF200R is bigger than most of the static pressure fans listed here. The larger fan size allows it to push 90 cubic feet per minute (CFM) while spinning at a slower speed of 800 rotations per minute (RPM). Since the fan spins slower, it offers users the benefit of being relatively quiet at 28.0 decibels (dB).

Another benefit of the MF200R is RGB lighting. The four LEDs in the MF200R’s center are compatible with most common manufacturer software like Asus Aura and MSI Mystic Light. If users want to access the MF200’s lighting functionality, they’ll need a compatible RGB controller.

This static pressure fan is built to be durable. It has a mean time to failure (MTTF) of 175,000 hours and also comes with a two-year warranty. Another feature that prolongs the life of the fan is the sensors to detect stoppages. If a cable or other piece of equipment gets in the way of the blades, the fan will stop rotating to prevent damage.

The MF200R provides enough cool air to prevent a PC from overheating. Its large size allows it to have high performance while keeping the noise to a minimum. While the MF200R doesn’t come cheap, it’s still worth it for the performance and RGB lighting.

As its name suggests, the Be Quiet! Silent Wings 3 cools a PC while being as quiet as possible. Instead of measuring 200 millimeters like the MF200R, this fan is smaller at 140 millimeters. It still offers effective cooling at 77.57 CFM while being much quieter than the MF200R at 15.5dB.

Like the MF200R, the Silent Wings 3 has excellent long-term durability. It uses a fluid dynamic bearing (FDB) that increases the fan’s lifespan to around 300,000 hours. FDB bearings use a liquid-filled chamber in which they rotate. The result is a quieter operation and a longer lifespan due to the lack of friction.

The Silent Wings 3 doesn’t have additional features like RGB lighting and focuses on performance and silent operation. It’s also reasonably priced, so it’s within reach of most buyers.

The Corsair iCUE SP140 RGB Elite Performance matches the 140-millimeter size of the Silent Wings 3. It ships together with Corsair’s Lighting Node and includes built-in LEDs surrounding the fan.

Having a larger fan aids the performance and cooling properties of the SP140. At its highest speed, it runs at 1,200 RPM, and the figure goes down to 300 RPM when it’s running at its lowest speed. Accordingly, the airflow generated by the SP140 fluctuates between 23.07 and 68.11 CFM depending on how fast it’s rotating. At 27dB, the noise generated by the SP140 is acceptable and comparable to the MF200R.

Corsair includes the Lighting Node module in the multipack editions of the SP140, but users who purchase a single fan have to buy it separately. The Lighting Node acts as a hub to connect Corsair RGB components like lighting kits and cases and allows them to sync together using the iCUE app. If users connect the SP140 to the Lighting Node, they can configure the eight addressable LEDs positioned between each fin.

Having a mix of performance and looks makes the SP140 a safe choice. It’s capable of keeping a PC cool while having addressable RGB lighting to brighten it up. One of the only disadvantages of the SP140 is that users must buy a multipack to get the Lighting Node.

While the Corsair SP140 is designed primarily for looks, Noctua’s NF-F12 iPPC 3,000 PWM is all about performance. This industrial-grade static pressure fan has a more conventional 120-millimeter fan design, but it works at a very high RPM to offer the best cooling possible.

Durability is another standout feature of the NF-F12 iPPC 3,000 PWM. This static pressure fan is made from fiberglass-reinforced polyamide, which can withstand temperatures up to 140 degrees Celsius (284 degrees Fahrenheit). It also has a long 150,000 MTTF rating and comes with a six-year warranty.

Buyers looking for an inexpensive static pressure fan to keep their PC cool might consider the Arctic P12 PWM PST CO. This fan is inexpensive, thanks to its basic operation, but it gets the job done.

For a budget static pressure fan, the Arctic P12 has impressive performance. It has five blades, and they spin between 200 and 1,800 RPM to create an airflow of 56.3 CFM. An added benefit of having just five blades is a quieter operation of 35.8dB.

The Arctic P12 may be the most affordable fan listed here, but it has the longest warranty. It’s the only static pressure fan to offer a ten-year warranty, giving buyers some peace of mind regarding its durability.

This fan cools buyers’ PCs for a fraction of the cost of its rivals. It doesn’t have the best performance or noise reduction, but it’s still acceptable considering the price and longer warranty.