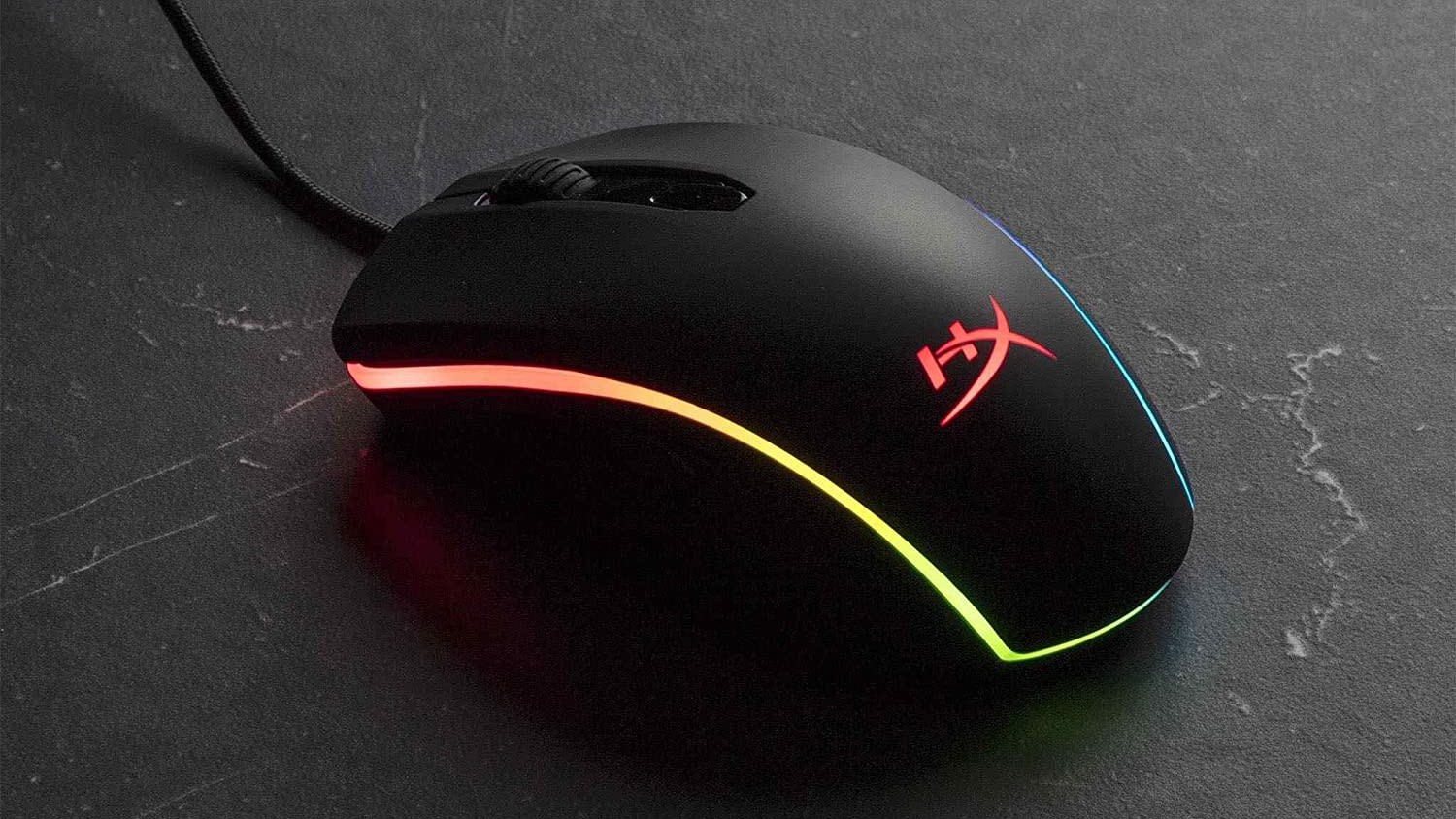 HyperX is a widely known company for gaming products like headsets, mice, and keyboards. The company was founded in 2002 as part of Kingston and started out making high-performance RAM.

The company grew exponentially between 2002 and 2013, breaking several records along the way. Some of HyperX’s groundbreaking products at this time include the world’s fastest RAM in 2010, reaching up to 2,544MHz, and the world’s first terabyte USB flash drive.

It was only in 2014 when the company introduced its first gaming headset, the HyperX Cloud. The headset was a success and paved the way for the company’s transition to gaming products. There was steady growth over the next few years, including the release of many other headsets, microphones, and gaming mice.

Most gamers know HyperX for its gaming headsets. The company also makes a range of affordable gaming mice targeted toward users looking for a balance of quality and performance for a low price.

These are the best HyperX gaming mice.

The Pulsefire Raid is HyperX’s flagship gaming mouse that favors practicality over flashy features. It’s a typical right-handed gaming mouse with the usual mouse one and two buttons, scroll-wheel, and DPI adjustment button. Where it differs from most gaming mice is the inclusion of five side buttons on the left side instead of the two found on most other mice. All the side buttons have a ridged design, making them easy to find and they are also conveniently located and easy to reach.

Apart from the extra buttons, the Pulsefire Raid has a fairly average design. It’s made from black plastic with some light texturing on the side. Weighing in at 4.4 ounces (125 grams) and measuring 5.0 inches long, 2.8 inches wide, and 1.6 inches tall (127.8 by 71 by 41.5 millimeters), the Pulsefire Raid has average dimensions for a gaming mouse. There are two RGB lighting zones on the scroll wheel and logo to break up the all-black look and add some color.

Performance is decent for a mouse in its price range. The Pulsefire Raid uses a PixArt PMW3389 sensor that goes up to 16,000 DPI. It also has durable Omron switches with a lifespan of 20 million clicks. The single onboard profile is a bit disappointing but forgivable considering its low price.

HyperX’s Pulsefire Raid is ideal for players wanting more functionality from their mouse. Its extra programmable buttons allow users to throw grenades or charge up shields with a dedicated button. It’s also reasonably priced and accessible to most buyers.

Ultralight mice have become very popular, and most companies are now making a model or two. HyperX’s Pulsefire Haste mimics the honeycomb design of other lightweight mice to reduce weight. This design is featured prominently on the top and bottom of the Haste and extends to the left and right-click buttons.

The internals of the Pulsefire Haste are slightly different from the Surge and Raid models. Instead of using a PixArt PMW3389, the Haste works with the PixArt PAW3335. Despite having a different sensor, the Haste still has the same 16,000 DPI capability as the other models listed so far.

This mouse is worthwhile for users wanting an ultralight mouse for an affordable price. It comes with extra grip tape and spare feet, but the single onboard profile is disappointing.

The Pulsefire FPS Pro sits in the middle of the HyperX range and offers comfort and impressive value. Like the Raid, it has a right-handed shape, but instead of 11 buttons, it has the usual six. These buttons include the left and right mouse buttons, the scroll wheel, and two buttons on the left side. There’s also a button behind the scroll wheel to adjust the DPI setting on the fly.

While it looks different externally, the FPS Pro shares a few components with the Raid and Surge models, with one major difference. HyperX sticks to its formula by using the PixArt PMW3389 sensor with 16,000 DPI. The HyperX FPS Pro also matches the other options by having Omron switches. One of the differences is that it has three onboard profiles like the Surge instead of a single one like the Raid and Haste models.

HyperX’s FPS Pro is a no-frills six-button gaming mouse that’s ideal for most games. It might not have the most advanced features, but its core functionality works well. Considering its price, it’s worth a look for users wanting a capable gaming mouse and offers decent value.

HyperX’s Pulsefire Surge has a more conventional layout than the Raid. Instead of a right-handed ergonomic design like the Raid, it has a symmetrical design. There are only side buttons on the left side, meaning the symmetrical design doesn’t lend itself to left-handed players.

A major selling point of the Pulsefire Surge is its RGB lighting. There are two light strips running along each side that meet at the back in addition to the logo. Between the strips and logo, there’s a massive 32 programmable zones controlled by HyperX’s NGenuity software.

Despite the exterior differences, many of the Surge’s features match the Raid. Both mice use the PixArt PMW3389 sensor going up to 16,000 DPI and have durable Omron switches. One of the major differences is that the Surge has three onboard profiles instead of only one, like the Raid.

The Pulsefire Surge has a symmetrical shape and 32 zones of RGB lighting. There are also has three onboard profiles and the same PixArt PMW3389 as the Raid. This mouse is worthwhile for users who like RGB lighting. Other users may be better off with alternative options from this list.

The HyperX Pulsefire Core is the company’s entry-level mouse. Despite its lower price tag, it has the same sturdy construction as its more expensive siblings, but its functionality lags behind.

Like the Surge, it has a symmetrical shape but lacks buttons on the right side. Instead, it sticks to a standard layout with two buttons on the left side to complement the left and right mouse buttons and scroll wheel. For a budget-friendly option, it’s a bit surprising to see two DPI buttons behind the scroll wheel to adjust it up or down during a game.

One of the main differences between the Core and the other mice in the HyperX range is its sensor. Instead of using a 16,000 DPI sensor like the others, it works with the PixArt PAW3327 that goes up to 6,200 DPI. While this figure is low when compared to the other mice listed here, it’s acceptable for gaming and should be enough for most players.

Another sacrifice to cut costs is RGB lighting. Instead of two or more lighting zones like other HyperX mice, the Core only has a single lighting zone on the logo. Most of its other design aspects match the rest of the range, and it measures 4.7 by 2.52 by 1.63 inches (119.3 by 63.9 by 41.3 millimeters) and weighs 3.29 ounces (93 grams).

While the Core doesn’t have the most features or best performance, it still retains decent build quality. It’s ideal for budget-conscious users looking for a reliable mouse without having to spend much.