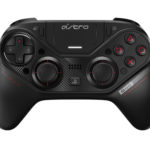 Microsoft’s Xbox Elite controller helped set the precedent of how a premium gamepad should feel. While the PlayStation 4 sold more units than the Xbox One, Sony never officially made its own version of an Elite controller for its players. That didn’t stop third-party companies from developing their version of one, though.

Multiple companies created redesigned or custom versions of the PS4’s DualShock 4, but very few matched the quality of Xbox’s Elite series. While Sony has yet to produce an Elite controller of its own, it is almost a guarantee that third-party companies are working their own versions.

What is an Elite controller?

Before diving into the different types of potential Elite gamepads coming to PlayStation 5, it’s important to understand what an Elite controller is. These controllers are the best of the best that a gamer can own. They typically feature additional buttons or paddles on the back, adjustable triggers, ergonomic grips or shells, and other unique features not found in standard gamepads.

Premium features come with a premium price point, with these controllers being among the priciest on the market. Some controllers come with additional customization options that raise the price even higher.

Before picking a new Elite-style controller, consider that typical controller issues like stick drift, loose triggers, and short battery life can still happen. Check the warranty of the controller before making a purchase. Each company has a different policy.

All of the controllers mentioned on this list work with PS4 and PS5, but only with PS4 games. The PS5 does not allow a PS4 controller to work with any PS5 games. This limitation is due to haptics and adaptive triggers of the DualSense missing from the DualShock 4, preventing certain games from working correctly.

Here are some companies that made PS4 Elite controllers and are expected to have a PS5 version soon. 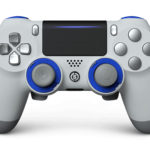 One of the best-known third-party controller makers in the gaming industry, SCUF has been in the premium gamepad business since 2011. In that time, the company quickly became a staple in esports, thanks to its custom controllers.

SCUF is known most for its adjustable thumbsticks and back paddles. Both of its PS4 controllers, the Impact and Infinity4PS, use a locking mechanism to change the thumbsticks. This mechanism eases the process of switching between different stick types SCUF sells. The paddles, which rest on the back of the controller, are fully programmable using SCUF’s reprogramming key.

Though the two controllers offer similar gaming experiences, each has apparent differences. SCUF’s Impact has a redesigned shell for added comfort and four paddles on the back of the controller, which is two more than the Infinity4PS.

Users can fully personalize both controllers through SCUF’s website. Everything from the shell to the locking rings around the sticks is customizable. Users can switch out the triggers on either controller for SCUF’s adjustable trigger or digital trigger systems. SCUF’s adjustable system allows for control of actuation points on the triggers. In contrast, the digital system removes the range of motion for the triggers entirely, giving it a mouse-click-like feel.

SCUF already announced that it is developing a PS5 controller but didn’t say when it planned to release it. The company will likely continue using its signature back paddles, but the triggers might be a different story.

The DualSense comes packed with haptic feedback and adaptive triggers, both of which require software updates to work correctly. Moreover, the adaptive triggers allow for more immersive gameplay, with some games, like Call of Duty, using the triggers to give a different feel for its inventory of weapons. Because of this, SCUF will likely have to figure out a way to keep the feature an option for consumers rather than removing it. 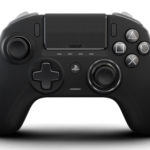 With over 20 years of experience in peripheral making, Nacon controllers are a go-to for gamers looking for a backup. However, its Revolution series of PS4 controllers surpass many other third-party options.

One of three other officially licensed controllers on this list, the Revolution Unlimited Pro offers an Xbox-style asymmetrical thumbstick placement instead of the standard DualShock symmetrical design. The thumbsticks have additional customization with convex and domed caps. While users cannot adjust the sticks for height, shaft rings help limit their range of motion.

Unlike the others on this list, the Revolution Unlimited Pro has a customizable LED ring on the right stick. Users can adjust the color of the LED ring and more in-depth options, like stick sensitivity and button mapping, with the provided software for the controller. This software is only accessible through PC, however.

The software also enables four customizable profiles for the Revolution Unlimited Pro: PS4, PS4 advanced, PC, and PC advanced. Users can swap to a profile on the fly using a switch on the back.

Another unique aspect of this controller is the adjustable weight system. Like some computer mice, the diamond pattern grips on the back can detach. Inside is a small area that can slot in different weights that come with the product.

Almost every custom or Elite-style controller features additional remappable buttons, and the Revolution Unlimited Pro is no exception. Rather than the paddle design some third parties use, Nacon chose to use four in-line buttons on the controller’s backside.

Nacon has a solid contender in the Revolution series of controllers, but there is no official word about developing a fully PS5-compatible controller from the company. But it is speculated that it has one in the works.

The Revolution Unlimited Pro was the third version of the controller since its release earlier in the PS4 lifespan. It seems likely that Nacon would do something similar with its PS5 controller whenever it releases. The company’s software could also help set itself apart from the competition, allowing for unique haptic vibrations and adaptive trigger actuation profiles. 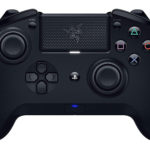 Razer peripherals are almost synonymous with premium gaming products. Its line Chroma-enabled hardware is consistently rated as some of the best in the industry, and that sentiment extends to the Razer Raiju line of PS4 controllers.

Both the Razer Raiju Ultimate and the Razer Raiju Tournament Edition function near-identical to each other. Each has programmable buttons on the back in addition to the top of the controller, along with interchangeable thumbsticks and D-pads. They also feature Razer’s mecha-tactile buttons that act similar to tactile keyboard keys and have hair-trigger stops. Either controller is remappable and customizable using Razer’s smartphone app.

However, the differences lie in the Raiju Ultimate’s chroma around the touchpad and the control panel on the bottom of the controller. It also offers a closer experience to a standard DualShock 4 controller with its symmetrical stick placement, opposed to the Raiju Tournament’s asymmetrical layout.

Like other Elite controllers on this list, the Raiju Ultimate and the Raiju Tournament can work using a wired and Bluetooth connection. Although it can connect through Bluetooth, the controller cannot turn on the console when asleep.

Razer usually has more options for Xbox than PlayStation, but that may change with the PS5 generation. Sony’s new controller changed the discussion of what the best available is, and that could pull Razer towards developing a proper premium option for the blue brand.

Aesthetically, Razer has a chance to make the DualSense shine with Chroma configurations. The interchangeable D-pad and thumbsticks are sure to carry over to the next gamepad, but it’s unclear how the trigger-stops would work with the adaptive triggers. Furthermore, the two-tone design on the DualSense allows for more customizable options that previous PlayStation controllers didn’t have.

Another prominent name in gaming, Astro, is relatively new to the controller game. The Astro C40 TR was released in 2019 and is the most modular officially licensed offering on this list.

Besides the face buttons on the right side of the controller, the C40 offers multiple controller configurations, thanks to the available modules. Both thumbsticks and the D-pad can interchange positions, allowing for symmetrical, asymmetrical, and left-handed setups. The thumbsticks have tall, domed and concave options, and the D-pad has the traditional four direction design or an eight-direction disc.

Like the other offerings, the C40 has programmable buttons on the back and trigger stops for hair- triggers. The software that comes with the C40 allows for complete remapping of buttons, adjustments to trigger and stick sensitivity, and other tunings, like Razer and Nacon. Users can save these settings in up to two different profiles that are accessible right on the controller.

In contrast to the other controllers, the C40 doesn’t have adjustable triggers like SCUF’s. It also doesn’t have any LEDs that Nacon or Razer boast.

As the newest Elite controller available for PS4, Astro’s C40 has the most extensive range for growth. The modular design is the most flexible of all the options available, and more modules would allow even more control for the user. Issues may arise with the triggers, like others on this list, but the unique construction of the C40 could mean Astro’s PS5 controller has a way to work around it. Perhaps a button could turn the adaptive triggers off and on, depending on the user’s preference.

With the PS5 about to start its second year, expect third-party controllers to become prevalent as more consoles are available. These companies are the current leaders in the Elite controller game for PlayStation, but others, including Sony, could just as likely have one in development. Hopefully, more information about a third party, or official, Elite controller becomes available sooner rather than later.