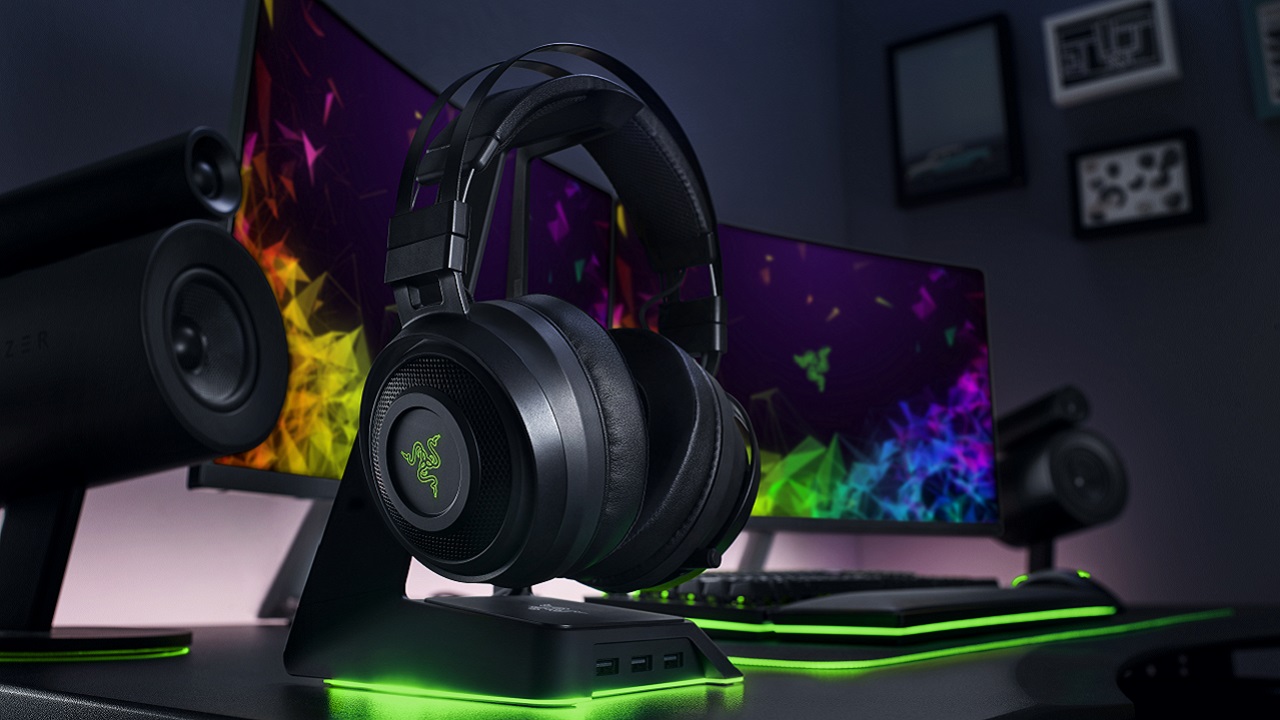 Wireless on the PlayStation functions roughly the same as on PC. Plug the headset’s dongle into the console’s port, typically USB, and you’re good to go. As the console is transitioning into the next generation and wireless technology hasn’t changed much, many of these will work with both the PS4 and PS5. Some are PS4 only, so make sure your system matches your desired headset.

Here are the best wireless headsets for PlayStation users.

The HyperX Cloud Stinger Core is a wireless headset for PlayStation systems and PC. For a wireless headset, it’s not overly expensive, coming somewhere in the middle of the pack. It has 40 mm drivers set inside comfortable, plush ear pads.

The onboard audio controls allow players to adjust volume as needed. There is no onboard mute button, but the microphone can be swiveled to mute. The microphone is noise-cancelling, for clear, spoken audio. The headset is “ideal” for PlayStation systems and compatible with PC. The battery life could be longer, but for the price, 17 hours isn’t bad.

The HyperX Cloud Stinger Core is good for those that want to get a wireless headset and might have some extra money to spend, but don’t want the additional cost of a name-brand headset.

The Mpow Air Wireless headset is compatible with PCs and consoles, and even the Nintendo Switch. It’s a standard headset with nothing overly remarkable about it. It is a moderately priced option with decent drivers and a good battery life. The microphone is detachable, so there’s no flip-to-mute feature with it. The headset has a Smart Sleep feature that helps preserve battery. After some time without use, the headset will automatically enter sleep mode.

Less expensive than the PlayStation Platinum is the PlayStation Gold. Unlike the implication of the name, there isn’t a gold variation of this. It’s purely the cousin to the Platinum. There are other color options to it, however: black, a stylish rose gold, and white.

This headset has less features than the Platinum. There’s no 3D audio, but it does have a companion app for different audio modes created for the PS4. It has two noise-cancelling microphones hidden on either side for voice chat capabilities. The PlayStation Gold headset is designed for PlayStation VR and can be worn comfortably with it.

Razer’s products are fantastic on PC but can work on PlayStation consoles as well by sacrificing some features. The wireless capabilities are still there but other features may not be present.

In Razer’s case, Razer Synapse, the customization for the headset, is only available on PC. Regardless, the BlackShark V2 Pro is a quality wireless option for a PS4 owner. There is some debate whether the surround sound feature works on the PlayStation or not. In some cases, there may be an option to select the 7.1 surround sound in the console’s audio configuration while connected. While it’s a good quality headset, the lacking features may not be worth the cost.

Unlike the Razer BlackShark V2 Pro, the Razer Thresher 7.1 is designed for PS4. It offers 7.1 Dolby surround sound and has a 16-hour battery life. It boasts a retractable and lag free microphone. With the 40-foot range, you won’t need to worry about lag spikes or disconnecting while you’re in game. It also works wirelessly with PC and wired on other devices, such as the Nintendo Switch. The headset is not designed for the PS5 and may be only for the PS4 and older devices.

The SteelSeries Arctis 7P is the first in our list that is designed specifically for next generation gaming. It was built for PlayStation 5 and is backwards compatible with the PlayStation 4. The 24-hour battery is a strong feature. Many of the same price and quality have less. While you do not need a 24-hour battery life, it guarantees your headset will remain charged during the longest gaming sessions. The headset is fully compatible with PlayStation 5’s Tempest 3D AudioTech sound system.

Turtle Beach quickly jumped on the next generation systems with their Stealth 600 Gen 2. The first Steal 600 released in 2018. The latest version released in August 2020, well ahead of the PlayStation 5’s anticipated release. The headset features large 50mm speakers inside the soft ear cushions. It has a flip-to-mute microphone for quick control.

An important feature that not many headsets consider is glasses support. The Stealth 600 Gen 2 has softer foam against the glasses to help take pressure off the frames. Turtle Beach offers their own sound settings. Superhuman Hearing gives players an advantage in competitive settings by amplifying the audio of smaller sounds, like footsteps, enemies reloading weapons, and distance vehicles. The battery life is good enough at 15 hours, as long as you don’t forget to charge it.

The Turtle Beach Stealth 700 Gen 2 is an upgrade from the Stealth 600 Gen 2. Like its sibling, it was designed for the next generation systems in mind and is backwards compatible with the older PlayStation 4.

It does everything the Stealth 600 Gen 2 does and then some. And these are more than just bells and whistles. There are some good, unique things added to this headset. The best one is Bluetooth connectivity. The connectivity is separate from the wireless connection to the PlayStation. The headset can connect to your phone while you’re connected to the PlayStation. You won’t need to remove your headset to take a call or listen to music.

The headset also has Aerofit cooling gel inside the memory foam ear cushions. The microphone flips to mute, a feature that seems to be growing in popularity among headsets. It’s a quick, and efficient way to mute your microphone. Finally, it improves the Stealth 600 Gen 2’s battery life by an additional five hours, bringing the total life to 20 hours. The extra life gives players some leeway if they don’t charge the headset routinely.

The Xiberia headset is a good budget option for those looking to avoid the brand-name prices. At 17 hours, it has a respectable battery life for its price. The battery life was tested with 70 percent audio, indicating higher volumes may reduce the battery life. The opposite might also be true—that lower volumes may improve the battery life. It connects with a standard 2.4GHz wireless connection, ensuring no audio lag. It connects wirelessly to the PS5, PS4, PC, and Mac and can be connected to the Xbox One with the included 3.5mm cable. The detachable microphone uses noise-cancelling technology to improve voice quality in game.