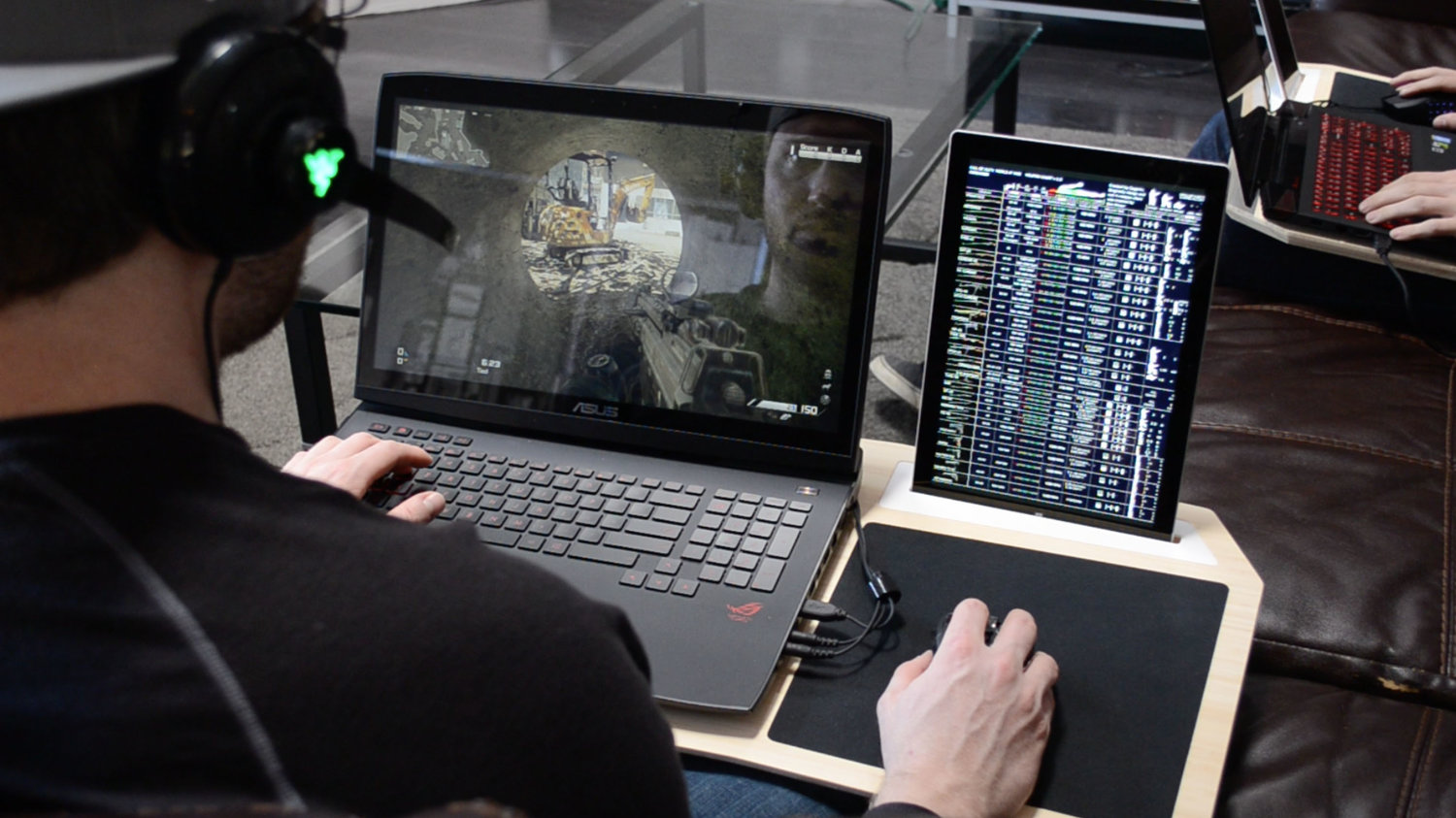 Gaming on a budget used to be tough. It meant cutting back on settings and even avoiding highly-populated areas in online games. Gaming laptops cost a fortune and most were plagued with overheating problems.

That’s changed dramatically over the past decade, though. Gaming laptops are almost as powerful as PCs now and budget laptops are actually quite strong these days. As every internal piece got smaller and faster over time, it’s no surprise that laptops also thrived in performance.

The laptop market has always been competitive, especially if you’re on a tight budget. Since almost all of them cut back on at least one important feature, deciding on your criteria and choosing the best one for you can be a dreadful task.

We’ve gathered the best gaming laptops that cost less than $1,000 as of April 2020 to help you on your quest.

There are some fantastic laptops under $600, but most come up short when it comes to gaming because they don’t include a dedicated graphics card.

Though Acer’s Aspire 5 doesn’t come with a dedicated GPU, it shines among the competition with its Intel i5-8265U and 8 GB of RAM. It comes with an Intel UHD Graphics 620 integrated graphics processor, which should be more than enough for daily use and gaming on low settings.

Its 256 GB SSD should keep the loading times to a minimum while you enjoy your games on its 15.6-inch full HD display.

Acer Nitro 5 is one of the few laptops that features that accustomed gaming RGB look in this price range. It comes with a backlit keyboard as well to let you thrive in low light environments.

The Nitro 5 features a 15.6-inch full HD display. It’s equipped with an Intel i5-8300H processor alongside 8 GB of RAM and 256 GB SSD. The star, however, is its graphics card: the NVIDIA GTX 1050 TI. Combined with its GPU, this should be more than enough to let you game on low to medium settings with a smooth frame rate.

The budget-friendly laptops are always welcome due to their sufficient performance at a reasonable price. The ASUS VivoBook F512 is one of those affordable gaming laptops that offers an excellent value for the price. It comes with an AMD quad-core Ryzen 5 3500U processor and AMD Radeon Vega 8 discrete graphics. Another configuration with an AMD R7-3700U processor is also available. This combination seems enough to render games in a medium setting.

The ASUS VivoBook F512 offers an array of connectivity ports. You’ll have 8GB of RAM and 128 or 512GB SSD under the bonnet. A 15.6-inch FHD display with edge-to-edge is also here to support your gaming sessions.

HP has been a household name in the computer industry since anyone can remember with both its laptops and prebuilt PCs. HP always manages to give that premium feel to its products while keeping the design up to date with today’s standards.

HP Pavilion 15 comes with a 15.6-inch full HD display. It features an i5-8300H processor alongside 8 GB of RAM and a 1 TB HDD. Though the base model doesn’t come with an SSD, you can either upgrade to the version with an SSD or install one yourself.

To top it off, it features an NVIDIA GTX 1050 graphics card that should net you smooth frame rates in non-resource heavy games.

This price category could be the sweet spot as far as budget laptops go. The devices in the range feature recent graphics cards and are powerful enough to deliver a smooth experience in resource-heavy games.

MSI was one of the few choices if you were looking to buy a gaming laptop in the past. Now, with the immense amount of competition in the market, it’s driven to deliver quality goods more than ever.

MSI GF65 comes with the recent GTX 1660 TI alongside a ninth-generation i7-9750H, 16 GB of RAM, which is upgradeable to 64 GB, and 512 GB SSD. It’s more than capable of running the heaviest of games in modest settings with a smooth frame rate on its 15.6-inch full HD display.

Due to its specs, it’s also a quite future-proof choice and should be enough for your daily needs even after it stops launching games in 15 years.

The Republic of Gamers series of ASUS is purely dedicated to gamers. The ROG G531GT comes with an NVIDIA GTX 1650 alongside a hexa-core i7-9750H that can clock up to 4.5 GHz.

It has a 15.6-inch full HD display, 8 GB of RAM, and 512 GB of SSD. Overall, it’s a budget gaming powerhouse. It should be enough to give you smooth frame rates in your favorite games.

Unlike other brands, Acer has a variety of product families that cater to gamers. The Predator line could be considered as its mid-level products.

The Predator Helios 300 comes with a beautiful 15.6-inch full HD display that also has a 120 Hz refresh rate. To back up its high refresh rate screen, it comes with an Intel i5-9300H processor alongside an NVIDIA GTX 1660 TI graphics card.

To top it off, it also has 8 GB of RAM and a 512 GB SSD. Overall, it’s one of the best laptops in this price range and can even handle the most resource-hungry games with smooth frame rates.

The Lenovo gaming laptops fall under the Legion brand and are very cost-effective. The Legion 5 is one of the most powerful Lenovo laptops under $1000 and features a great hardware set. Thanks to using an AMD Ryzen 7 5800H processor, 16GB of RAM, and 512GB SSD, the Lenovo Legion 5 is ready to slap most of the popular games on the market. You can also find NVIDIA GeForce RTX 3050 Ti graphics under the hood. Lenovo also selected a 15-6 -inch FHD IPS display for its Legion 5.

Lenovo’s Ideapad L340 also features a professional look but hides quite the specs under its hood.

The L340 comes with an Intel i5-9300H processor and an NVIDIA GTX 1650. Supported by its 8 GB of RAM and 512 GB SSD, it’s more than powerful enough to run your favorite games with smooth frame rates on its 15.6-inch full HD display.

The internal fans on the L340 can also be adjusted to be “quiet” since you won’t be heating it up that much while you’re working.

OMEN series of HP mostly features high-end products aimed toward gamers. All laptops featured in the series have a distinctive look with their well-lit keyboards.

The dc1020nr features a 15.6-inch full HD display and comes with an Intel i7-9750H processor, alongside an NVIDIA GTX 1660 TI graphics card. Backed up with 8 GB of RAM and a 256 GB SSD, the laptop is ready to deliver a smooth gaming experience.

The OMEN software that comes with the laptop is also useful to keep an eye on your internals while adjusting your system to your needs.