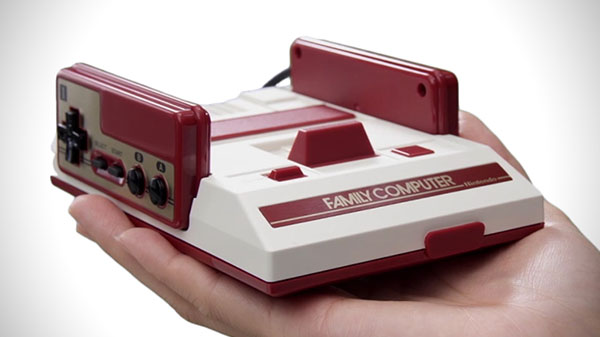 Nintendo announced today that it’s debuting a new version of the Famicom Mini console—but at the moment it’s only scheduled for release in Japan.

While companies like SNK have joined the miniature console train after Nintendo and Sega, Nintendo is still leading the charge with its NES Classic and SNES Classic Editions. Both consoles were given alternate releases outside of U.S., such as the Famicom and Super Famicom versions in Japan, which better reflected the systems’ debut names and looks.

There’s no real information about what the new version will look like, but it’ll make good on its Weekly Jump-related branding by including a selection of games based on popular licenses from the Shonen Jump umbrella.

The following games are confirmed to appear on the system:

If you’re a big Dragon Ball fan, you’ll find a few titles here you’ll want to check out. There’s also a couple of Fist of the North Star (Hokuto no Ken) titles. Obviously, these are Japanese-only releases, and it’s likely because of that, we probably won’t see a U.S. version of this particular console.

It’s still pretty interesting news, especially since it cements the allure of Shonen Jump and the popular titles within its pages even further. If you want one when it releases, you’ll just have to resort to importing.