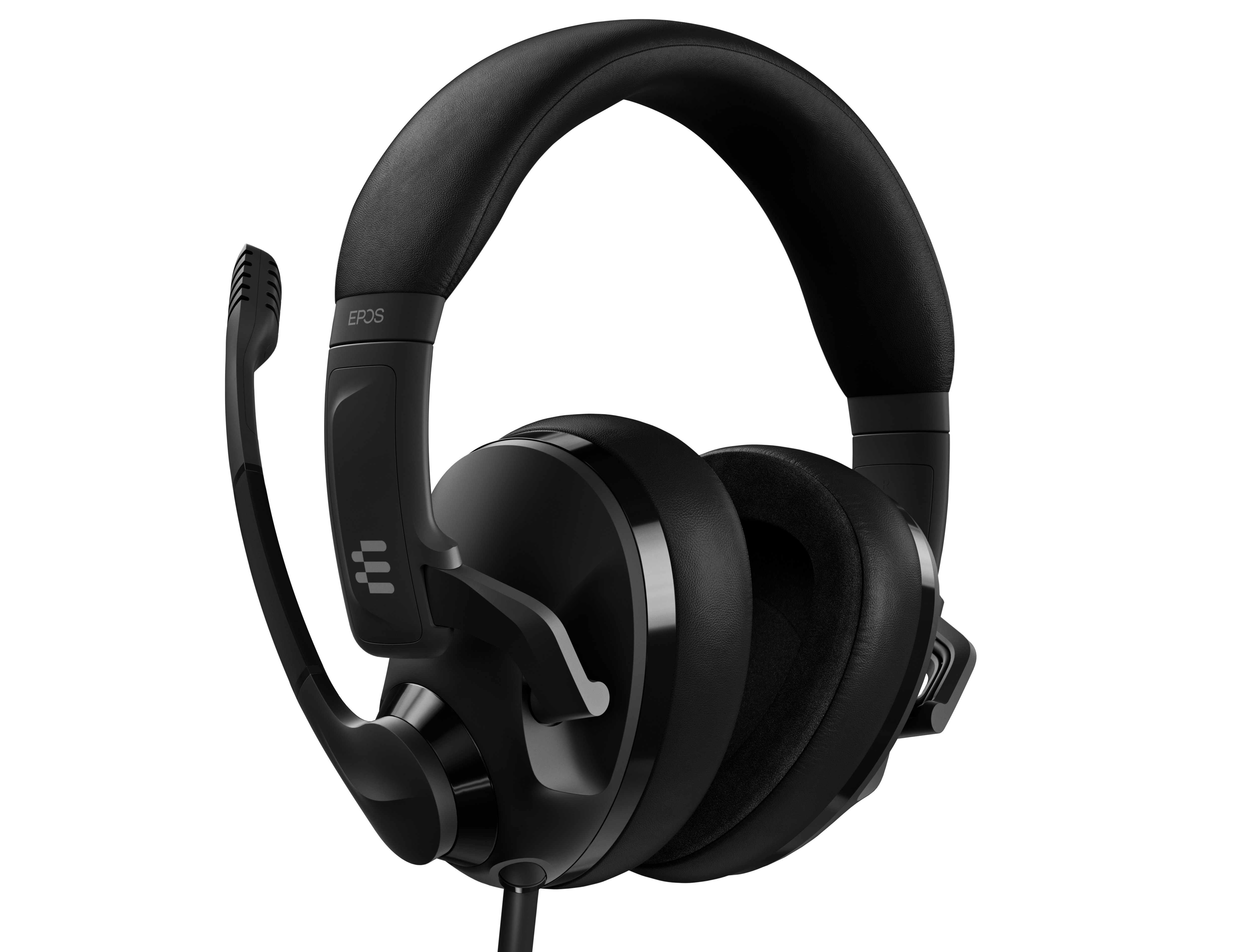 While some past EPOS ￨Sennheiser products like the GSP 602 feel like a mixed bag regarding comfort, quality, and value, the EPOS H3 headset is a more focused product with a fine balance of price-to-performance value.

The EPOS H3 has a more understated design compared to other products like the GSP 602. While they’re undoubtedly related to each other, the design here is much less bulbous. It’s a bit easier to store the H3 away in a desk drawer if you don’t have the room for a headset hook, and it feels far less heavy than the GSP 602 headset.

Our reviewer’s H3 review unit is black with minimal branding, similar to the markings on the GSP 602. The EPOS logo is featured prominently on the side of the headband, while the model name is placed subtly on the right side of the headband. EPOS’ use of minimalist branding works well if you’re not into aggressively branded products like HyperX’s.

EPOS’ H3 headband carries the same subtly through to its leatherette-wrapped steel headband. This headband features a fair amount of flex, which is a reassuring quality to find in a headset headband since it can stand up to a bit more wear and tear. The steel slider is also easy to adjust, thanks to each adjustment setting being tactile and pronounced. Pairing the black leatherette and the stainless-steel headband makes for a subdued look that doesn’t scream “gamer.”

The dual-axis hinge design does a solid job of ensuring the earcups are flush against the user’s head. While the user has no real control over how the earcups sit, it isn’t a concern considering how well the earcups form to your head. Having the earcups on these hinges also aids in creating a tighter seal, allowing for better passive noise isolation. The seal was so tight at times that our reviewer felt some pressure in the left earcup, but this will vary case by case.

Adjusting the volume is also easy thanks to the built-in wheel on the right earcup. This wheel doesn’t offer the same level of control as the GSP 602’s stiffer volume wheel, but it still came in handy multiple times. 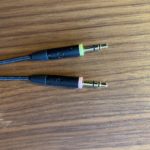 Another welcome feature that grants users additional flexibility is the included cable set. Like on the GSP 602, EPOS includes a cable that splits output and input into two separate 3.5-millimeter connections for PC use and one single 3.5-millimeter connection for consoles and other devices. Not everyone will get use out of this, but the additional cable will serve omni-gamers well as they bounce between platforms.

Lightweight with a tight squeeze

Boasting a more pared-down design also shaves some weight off the H3. For comparison, the GSP 602 weighs .87 pounds, and the H3 weighs .69 pounds. While a couple of ounces doesn’t seem like a significant difference, it took a lot of pressure off our reviewer’s head. In addition to relieving some pressure, the H3 didn’t cause any fatigue for our reviewer. The lack of fatigue is likely from the decreased weight and the slightly more plush headband padding.

Users with larger ears will want to beware of the smaller ear pads, though. Because the ear pads are ear-shaped, they don’t provide much wiggle room for your ears. While our reviewer had no issues fitting the H3, users with slightly larger ears may find the H3’s ear pads uncomfortable. This problem may get worse if you experience the pressure caused by the tight seal.

Aside from their smaller size, the memory foam ear pads on the H3 are pretty comfortable. The seal is nice and tight, and the fabric doesn’t get uncomfortably warm. That said, your ears will heat up over time since the seal is strong and they are closed back. The ear pads themselves do a decent job of staying cool, though.

Our reviewer praised the GSP 602 for its surprisingly open sound stage, and the same goes for the H3. For a closed-back gaming set, the H3 features a wider soundstage than our reviewer anticipated, but it’s prone to congestion in some cases.

Playing Overwatch often shifted between being comfortable and confusing due to some pockets of congestion. While noises coming from the front hit in the middle of our reviewer’s forehead, they also bled into the right and left. The issue here is noises coming from the front swallowed enemy footsteps coming from other directions, leading to getting caught off guard in more than one instance. You likely won’t run into this issue in a game like Rainbow Six Siege, though, since Siege is generally less chaotic.

Aside from imaging and sound stage, the H3 has a fairly warm tone. The headset is heavy on bass but, like the GSP 602, provides a fair amount of separation when listening to music. Nothing strong enough to rattle your eardrums but enough to make gunfire and melee blows land with force. An example of this is Doomfist rocket-punching you into a brick wall on King’s Row. This initial blow lands with weighty bass, and the second impact of your character’s body hitting the bricks has a more pronounced sharpness that cuts through the bass. It’s subtle, but not every headset at this price point nails those finer details like the H3.

The H3 could improve on the bidirectional microphone. Despite using a different polar pattern than the GSP 602, the microphone on the H3 is still a little fuzzy. Our reviewer tested both with and without an external sound card, and each case sounded a bit grainy. For a headset at this price range, this is by no means a dealbreaker. But it is something to consider if you heavily rely on using built-in mics for team comms.

Quality aside, the flip-to-mute function works well, and the mic feels more flexible than the GSP 602’s mic. Having a bit more flex to the mic makes finding the optimal placement much easier than with the GSP 602. It also holds its position better too.

Ultimately, it would have been a better move to run a detachable option with this headset. Because of its subtle design, the H3 would have been the perfect headset for EPOS to include a detachable mic. It really seems like a missed opportunity since the H3 has an otherwise go-anywhere design.

EPOS’ H3 headset presents buyers with decent price-to-performance value. The H3 undercuts the GSP 602’s price by about a hundred dollars without sacrificing too much in the way of quality. There were some pockets of unreliability while testing in Overwatch, but it’s an especially wild game compared to something like Siege. The microphone may use a different polar pattern, but it’s still prone to some graininess like the GSP 602’s.

Comfort might be a concern for users with slightly larger ears since the ear pads are ear shaped. The design leaves little breathing room and might be an issue for those with more prominent ears. This issue could be made worse by the pressure caused by the tight seal, or you might not experience the pressure at all. Everyone our reviewer put this headset on experienced some form of pressure, though. Comfort is the biggest gamble to consider here.

If you’re looking for a warm, closed-back gaming headset that offers big sound out of the box, the EPOS H3 is a solid choice. Despite having a more difficult time in Overwatch, the H3 presented reliable sound in other titles. The only actual concern when purchasing the H3 is if your ears fit the ear pads.