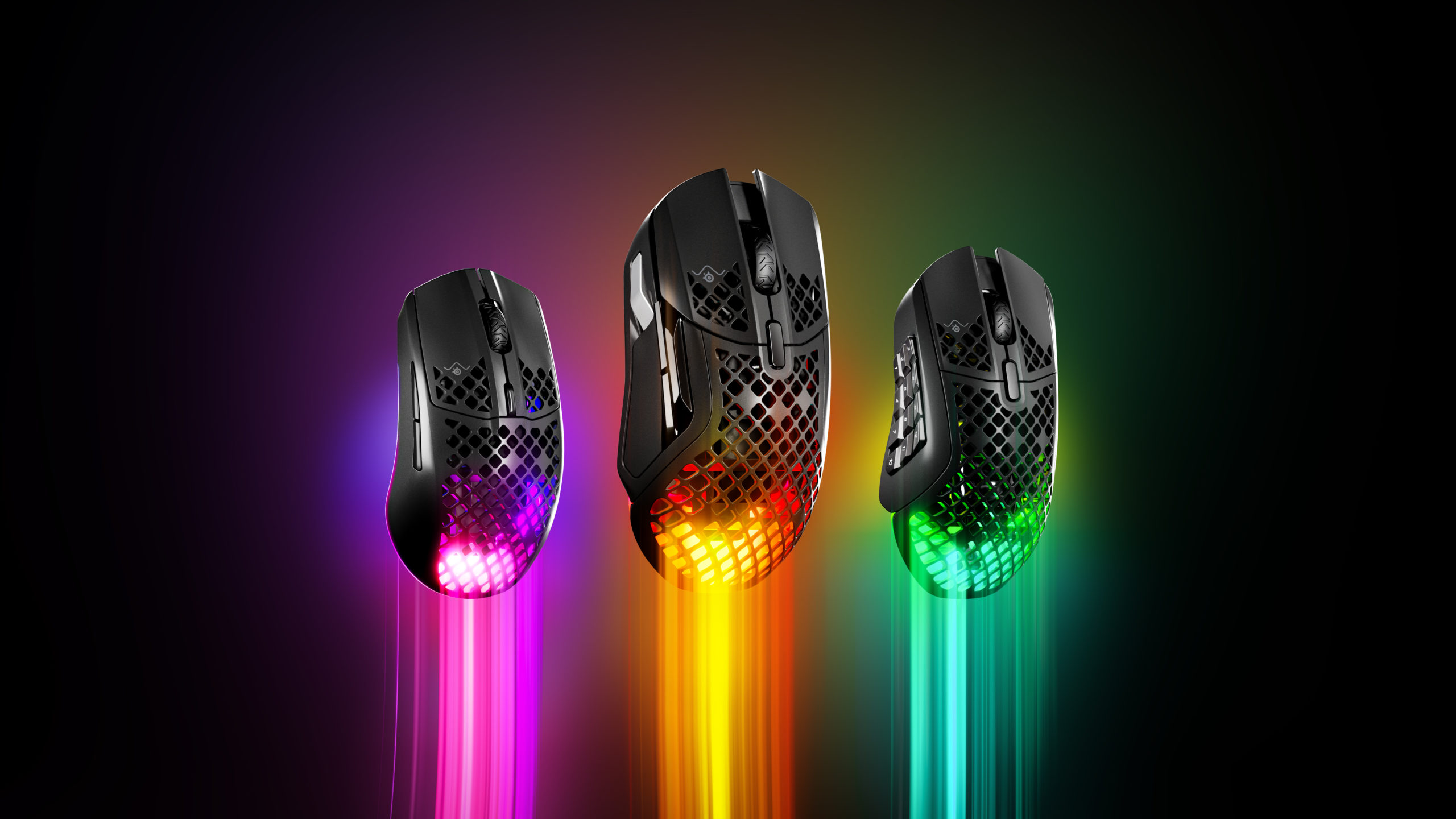 SteelSeries has bolstered its Aerox range with the announcement of three new models the Aerox 9 Wireless, Aerox 5 Wireless, and Aerox 5 mice. The three new mice, revealed today, are tailor-made for MMO and MOBA gamers. SteelSeries claims they’re “the lightest ever multi-genre mice on the planet.”

The Aerox 9 boasts an 18 button design perfect for assigning all your MOBA and MMO needs and it weighs just 89g. Similarly, the Aerox 5 has nine buttons for this purpose coming in at 74g for its wireless version and just 66 for the cabled variant.

Both of the wireless devices boast a battery life of 180 hours with fast charging to get back into the game with little downtime.

All three mice use SteelSeries AquaBarrier protection, which provides an IP54 rating. This means you won’t need to worry about any damage from dust, dirt, or water while in daily use. They also include TrueMove Air Sensors like other mice in the Aerox range.

These three new mice join the existing range of SteelSeries Aerox models which include the Aerox 3 and Aerox 3 Wireless. These previous models only boast a standard six-button configuration.