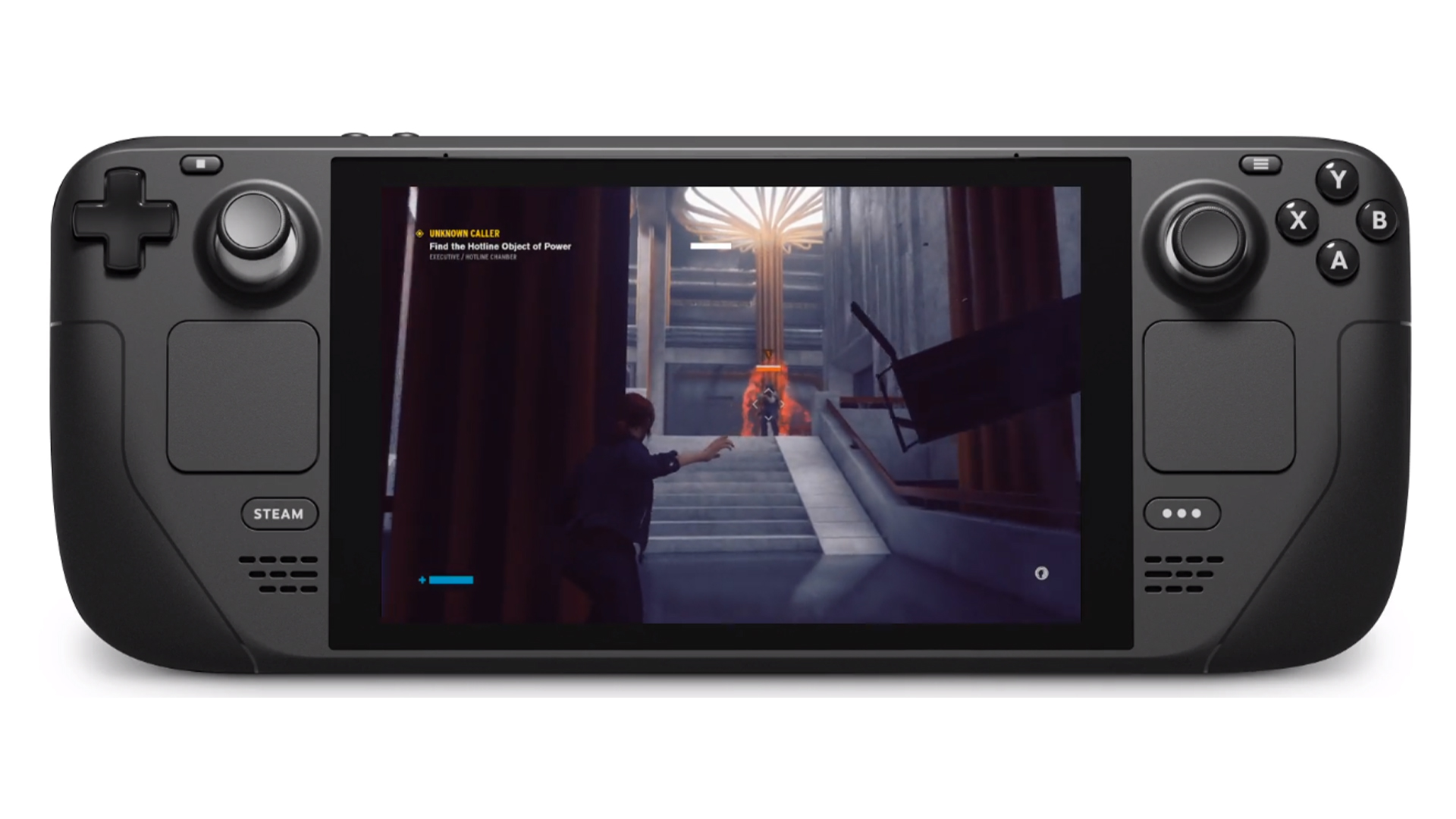 Valve showed off how the upcoming Steam Deck will utilize its gyroscope and trackpad in a new video with IGN.

Promising to be the solution to AAA mobile gaming, Valve’s Steam Deck offers players the ability to choose when and how they play. The new mobile gaming device allows players to use a variety of peripherals in addition to the onboard controls.

The Steam Deck’s controls offer a new way to play by enabling a gyroscope with traditional controls. In the video with IGN, designer Scott Dalton shows how the gyroscope and trackpad work in tandem to enhance precision. Touching one of the thumbsticks, whichever controls the camera, or trackpad will enable the gyroscope.

This feature helps to make shots more precise since the motion is similar to using a mouse, Dalton said. Unlike how the PlayStation’s DualShock 4 and DualSense controllers have somewhat looser motion controls, Steam Deck’s motion controls aim to be more natural and precise than the exaggerated motions usually associated with motion technology.

Users can enable the Steam Deck’s gyroscope feature at any time without developers needing to program it, Dalton said. Using Steam Input, Valve can enable the gyroscope controls to work with “any game.” An example given was The Witcher 3: Wild Hunt, where Dalton uses the gyroscope to move the camera and look around without needing to use a thumbstick or trackpad.

Valve’s Steam Deck releases this December but has already sold out for the year. You can still preorder the console on its Steam page, but none of the three models will ship until Q2 2022 at the time of writing.