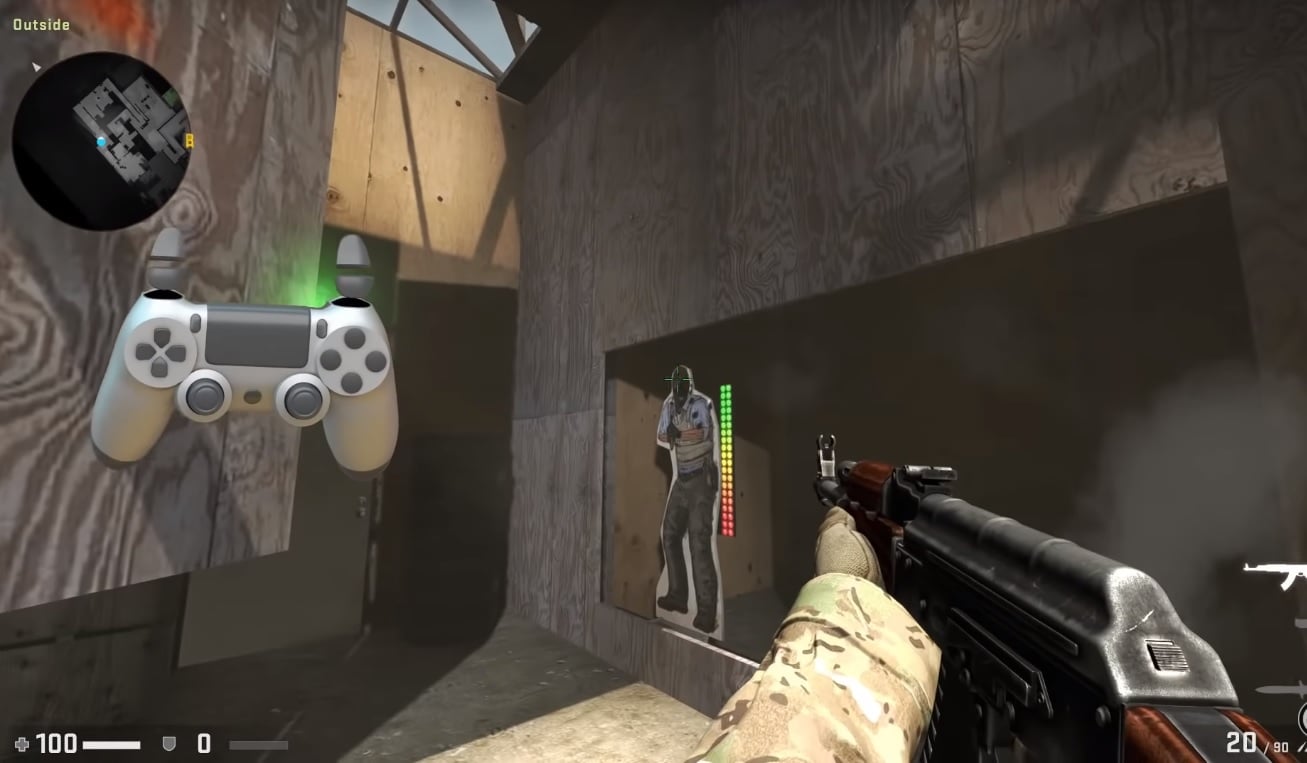 Valve has implemented support for Jibb Smart’s Flick Stick in its latest Steam beta update. This inclusion removes the need for other third-party tools that would map mouse movement into the gyroscope.

With Flick Stick, players can use a console controller instead of a mouse. It uses both the right analogue stick and the gyroscope to offer camera control. It works best with controllers that have built-in gyro, such as the DualShock 4 and the Switch Pro Controller, but any controller can use this tool.

This feature was first created by Jibb Smart to give an option to new players. Valve must have seen his video about his creation posted in October 2019. He made a 3D model of the controllers so players could see how it reacts in action and even taught how to use it on Steam, which didn’t support Flick Stick yet.

Using the combination of both the flick stick and gyro transforms the controller in a mouse to aim, leaving finer adjustments to the stick rotation. Like Smart said in the video, it takes some time to get used to it, just like it would with a mouse.

This tool allows players to quickly flip their view around and aim more accurately than with a normal controller on high sensitivity. Pushing the stick into any direction points the camera to that direction, instead of continuing the rotation. Tilting upwards looks to the front, downwards to the back etc. For fine control on your aim, you rotate the stick along its circular rim, instead of moving it side to side.