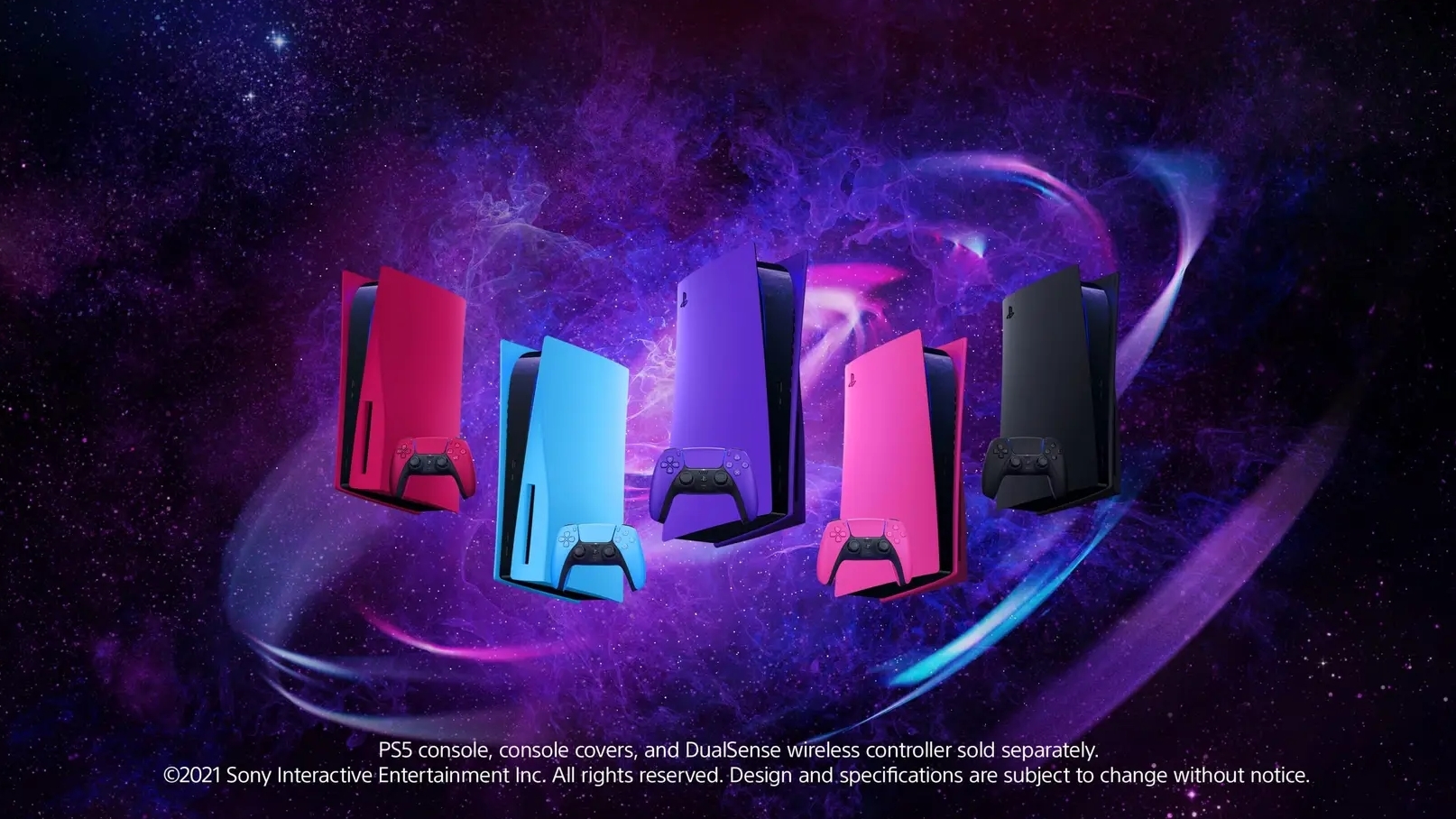 Colored faceplates for the PlayStation 5 will launch early next year alongside three new colors for the DualSense controller, Sony announced today.

Sony says the console covers will launch in January 2022 at participating retailers. The covers are added by removing the original white PS5 console covers and replaced easily enough by just “[clicking] your new ones into place.”

More specifically, black and red covers will be available in January 2022 while Nova Pink, Galactic Purple, and Starlight Blue covers will launch in select regions “during the first half of 2022.” Both the PS5 with the blu-ray drive and the driveless PS5 Digital Edition will have their own console covers.

The DualSense controllers are set to release in January on PlayStation Direct but will be made available through other retailers on Feb. 11. Outside of the color scheme, the controller is the same as the stock white DualSense.

Controllers will retail for $74.99 while the console covers are priced at $54.99. Both can be pre-ordered on the PlayStation website.