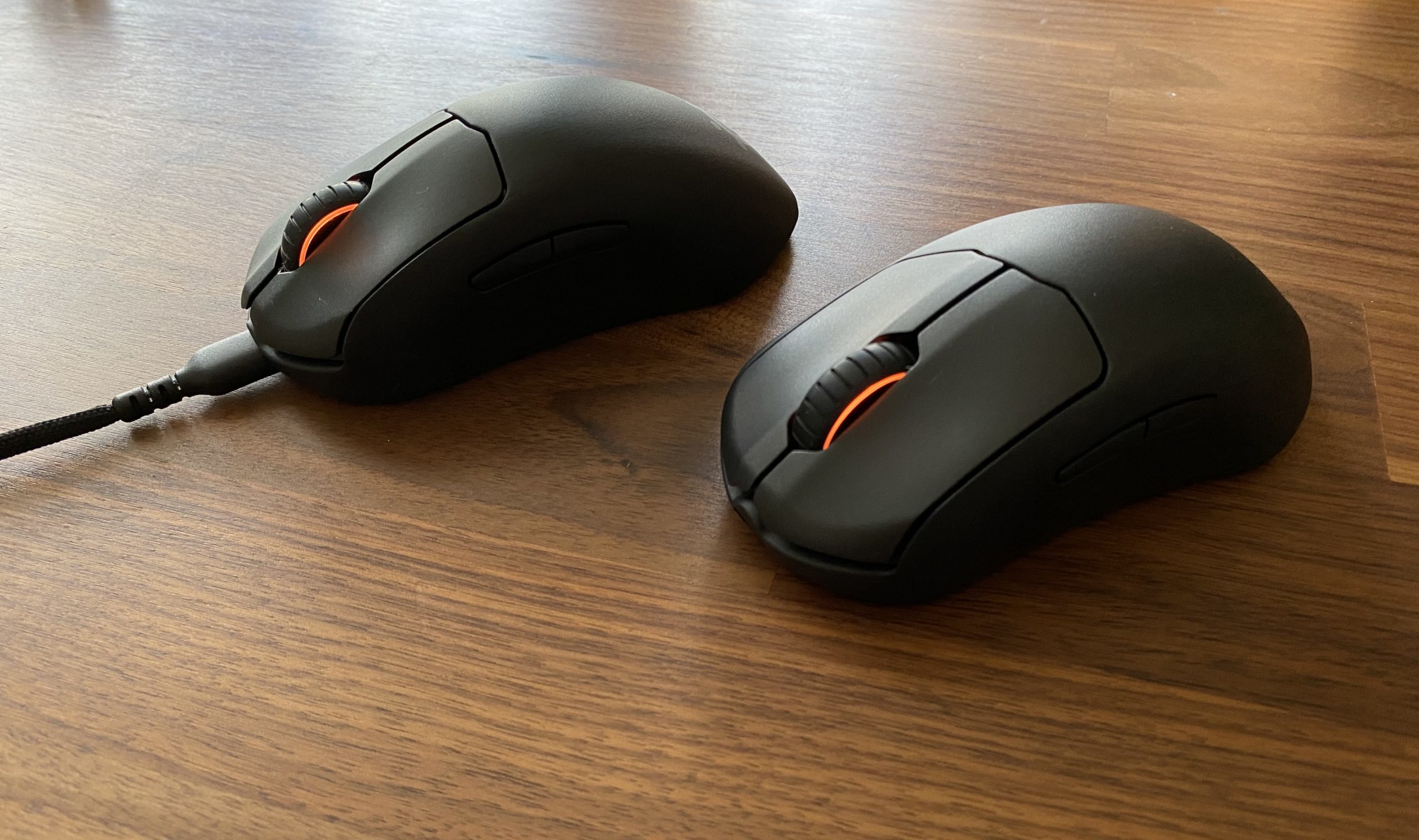 After dropping the Prime line of gaming mice in June, SteelSeries once again found itself in the hands of high-profile players like FaZe Clan’s Russel “Twistzz” Van Dulken. Now, SteelSeries is doubling down on the success of the full-sized lineup with a couple of miniature updates to the tried-and-true formula.

The Prime Mini and Prime Mini Wireless successfully downsize the highlights of the original line while making the shape more accessible for certain grip users and those with smaller hands. 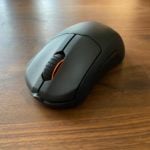 SteelSeries’ Prime Mini line consists of two right-handed ergonomic mice, the Prime Mini and the Prime Wireless. There’s little difference between the two iterations aside from weight and connection type. The Prime Mini drops from the Prime’s 69-gram weight to 61 grams, while the Prime Mini Wireless weighs in at 73 grams, just under the original’s 80-gram weight. Both mice feature the shape and an identical feature set to the standard Prime gaming mice.

Among the key features returning for the Prime Mini line are the Prestige optical magnetic switches. These switches use a proprietary blend of optical and magnetic tension that aims to avoid metal-on-metal contact. SteelSeries also clocks these switches at 100 million clicks, which outpaces many competitors.

Also returning is the grip-affirming, matte black textured coating. This coating is one of the more subtle features that flies under the radar but would otherwise be missed. It’s nothing that will outright improve your game but repels oil and fingerprints with ease, making grip feel more manageable in tense situations.

The most intriguing element of the Prime lineup is its Prestige OM switches. SteelSeries proprietary design provides a soft but speedy actuation accompanied by an almost mismatched snapping sound. Like the Kailh 8.0 switches found in the Pwnage Ultra Custom Symm 2, the Prestige OM switches have a bark far louder than their bite. The dichotomy between feel and sound might throw some of the pickier users but took little to no time to get over.

Side buttons on the Prime Mini series feel inconsistent compared to each other. Both buttons feel responsive in their own way, but the mouse button four sounds slightly sharper at times. On the other hand, the mouse three button feels a bit weightier. These minor differences are likely due to the mouse shape and button position since palm gripping seems to dampen the sharp mouse four sound. A highlight for both buttons is that their slender shape doesn’t make it difficult to differentiate between the two.

The miniature elephant in the room

It’s becoming common for manufacturers to release miniature versions of their top-performing mice. Razer fans saw this trend hit with the Razer Viper Mini and Glorious fans saw it in the Model O-. While the Prime line wasn’t overly large, it felt like it could benefit from losing a few millimeters here and there.

The Prime Mini and Mini Wireless see a .20-inch decrease in length, a .07-inch drop in width, and a .07-inch reduction in height. While these numbers don’t seem like much on paper, they do feel substantial in hand. Claw grip remains comfortable, while palm grip will be slightly easier for those with smaller hands. Fingertip grip is more manageable with the Prime Mini, but it doesn’t feel like the go-to grip style for this mouse. Overall, the Prime shape shrinks nicely, even if only by a nominal amount on paper.

SteelSeries Prime line finds success in its smaller form but not without suffering from a pre-existing issue. A minor gripe with the Prime line of mice is the Super Mesh cable and its resistance to being broken in. Over the course of testing, the Super Mesh cable never softened up and remained relatively stiff compared to many competitors. It might be that the break-in period for the Super Mesh is longer than other manufacturer’s cables but may cause discomfort during that longer break-in period.

An odd success here is the 100-percent virgin-grade PTFE mouse feet. These feet seemed noticeably small on the standard Prime line of mice and didn’t always feel as quick as they should have been for PTFE feet. This time around, the feet feel more appropriately sized for the Prime Mini line.

On a final note, there should really be a left-handed version of the Prime and Prime Mini.