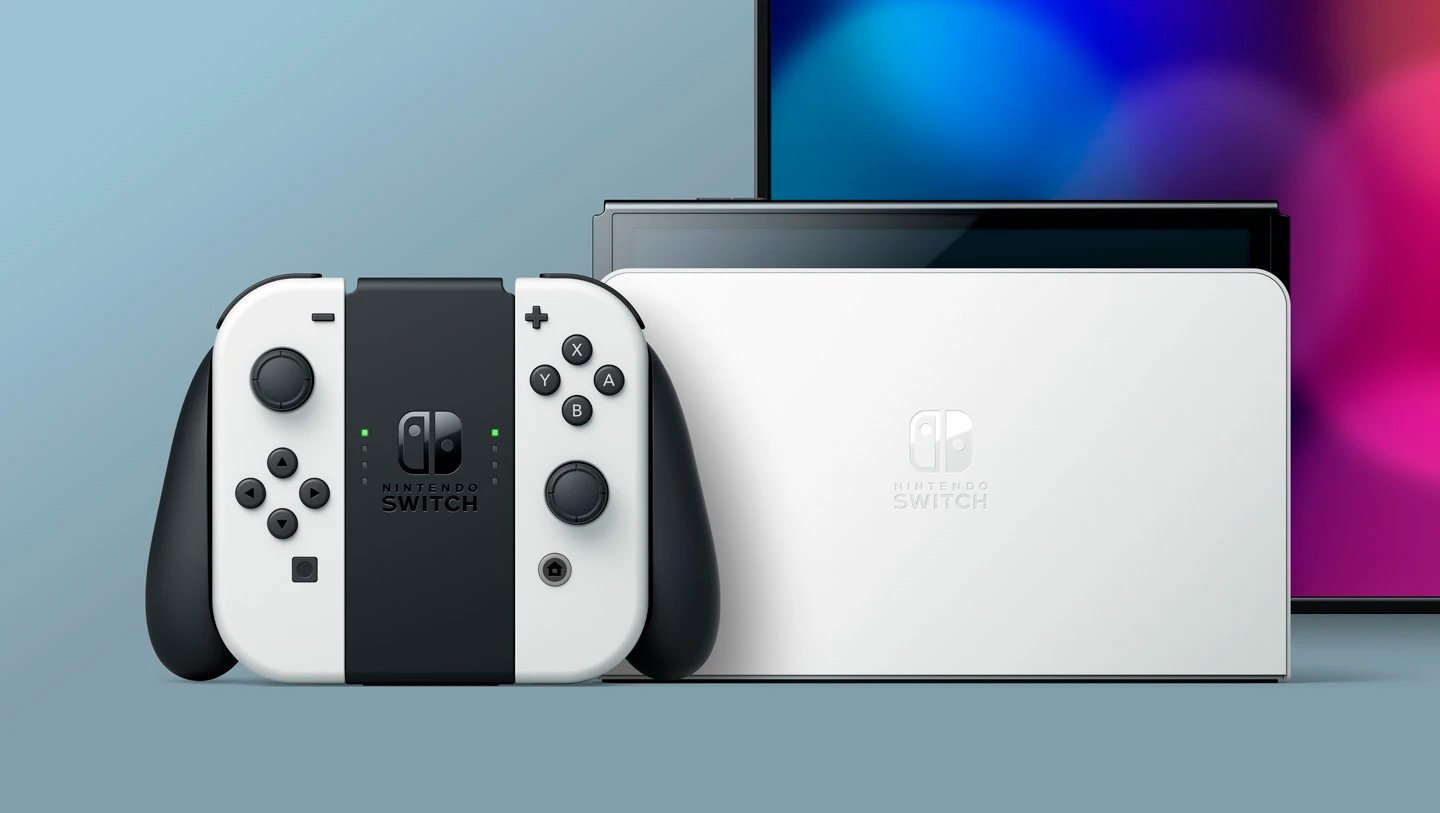 Nintendo just released an updated version of the Switch called the OLED. This new console improves on some of the older model’s features while keeping most elements the same. Despite its high-profile release, the main question is whether you should buy a Nintendo Switch OLED. The answer isn’t so simple. This article takes a look at the pros and cons of trading up the OLED model.

Differences between the Switch and Switch OLED

Another significant difference is the storage space. Nintendo’s Switch OLED doubles the older model’s storage capacity by offering 64GB of space instead of a paltry 32GB. Having more space means more games can fit before having to spend extra cash on an SD card.

Most of the other differences are minor but important quality of life updates. Instead of a small kickstand on one side of the console, the Switch OLED has a full-length kickstand running across the back of the console. Another key difference is the LAN port on the new docking station that improves connectivity. Other minor differences include revised power and volume buttons.

The Switch and Switch OLED share many components. Both consoles use the same Nvidia Tegra X1 processor, meaning there is no difference in gaming performance. They also have the exact 720p handheld resolution and approximate battery life of between 4.5 to nine hours.

The new Switch OLED costs around $50 more than the older model. It’s also compatible with most of the older model’s accessories, like the docking stations and joy-cons. The original Switch is also compatible with the OLED’s accessories, including the new dock with a built-in LAN port. Since the Switch OLED is 0.1 inches longer than the standard Switch, some larger cases are compatible, but smaller ones might not fit.

Is it worth buying a Nintendo Switch OLED?

Buying a Switch OLED makes sense for new handheld players. Its bigger, brighter screen and increased storage make it a viable option over the base Switch model. OLED users will also have access to the same wide range of accessories for the older versions.

Current Switch owners might see fewer benefits to upgrading. Apart from the screen size, LAN port, and kickstand, there isn’t much difference between the two consoles. The bump in storage space is somewhat mitigated by including an SD card reader, and many owners have already upgraded the memory in their Switch. One of the features that might tempt existing users to upgrade is the LAN port on the docking station.