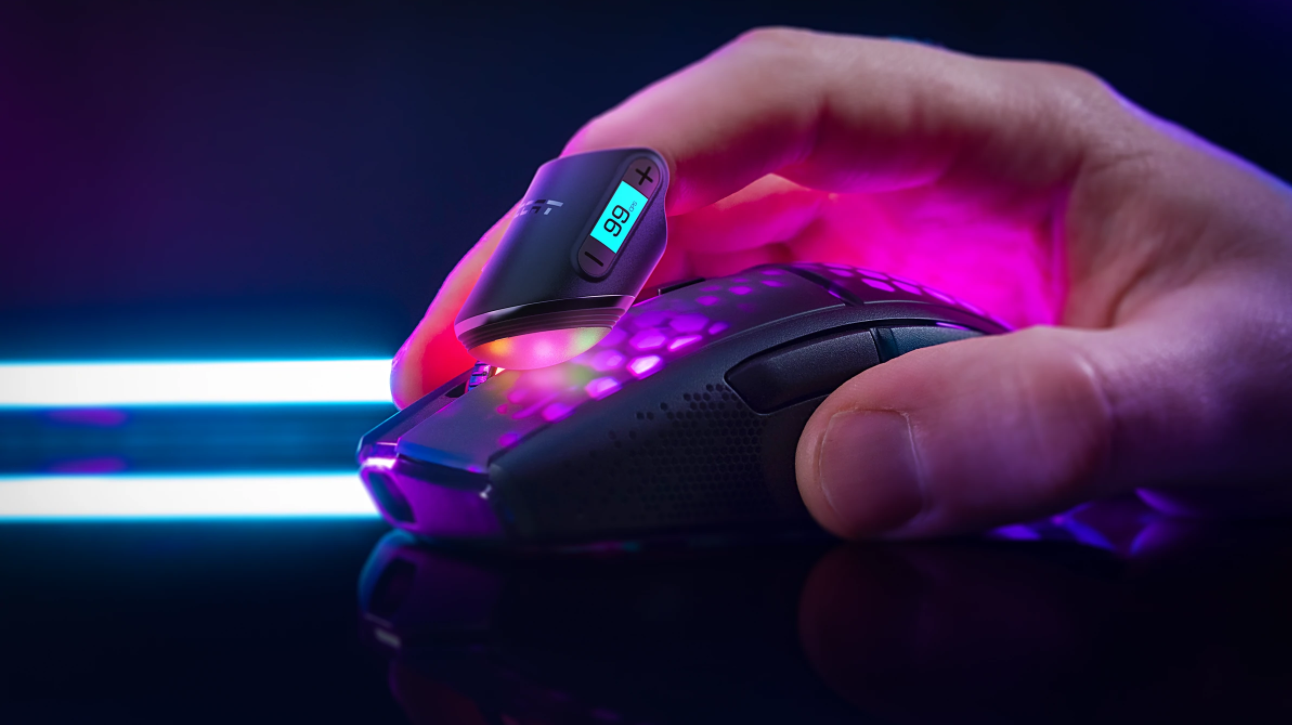 Because no company can help itself on April 1, ROCCAT revealed its fake plans to release the Clickhammer.

Just when you thought PC gaming couldn’t get any more expensive or absurd, ROCCAT wants to pull one over on you with its latest April Fools’ Day joke. Taking some inspiration from Razer’s finger sleeves, the Clickhammer, in theory, fits over the user’s fingertip and provides haptic feedback and “high-definition” clicks. Not only that, but ROCCAT promises 100 clicks per second (CPS), meaning building in Fortnite just got a whole lot easier, or so the company says.

“A marvel of haptic innovation, the ROCCAT Clickhammer boldly pioneers a brand-new product category to give gamers an unprecedented edge,” reads the product page. Yes, there’s an official product page. “Experience effortless drag clicking with up to 100 CPS for the fastest building on the server – guaranteed. Recoil dampening technology takes your gaming to new extremes of control and precision.”

Available in black or white, and equipped with Qi charging capability, ROCCAT really pulled out all the stops on this one. Not only that but ROCCAT went as far as to detail the rubberized lining of the Clickhammer, its battery life, and provide some pretty fun renders of its fictitious product.

It doesn’t get much more ridiculous than this one. ROCCAT has outdone itself this year. Here’s to hoping next year is just as ridiculous and fully realized as this year’s joke.