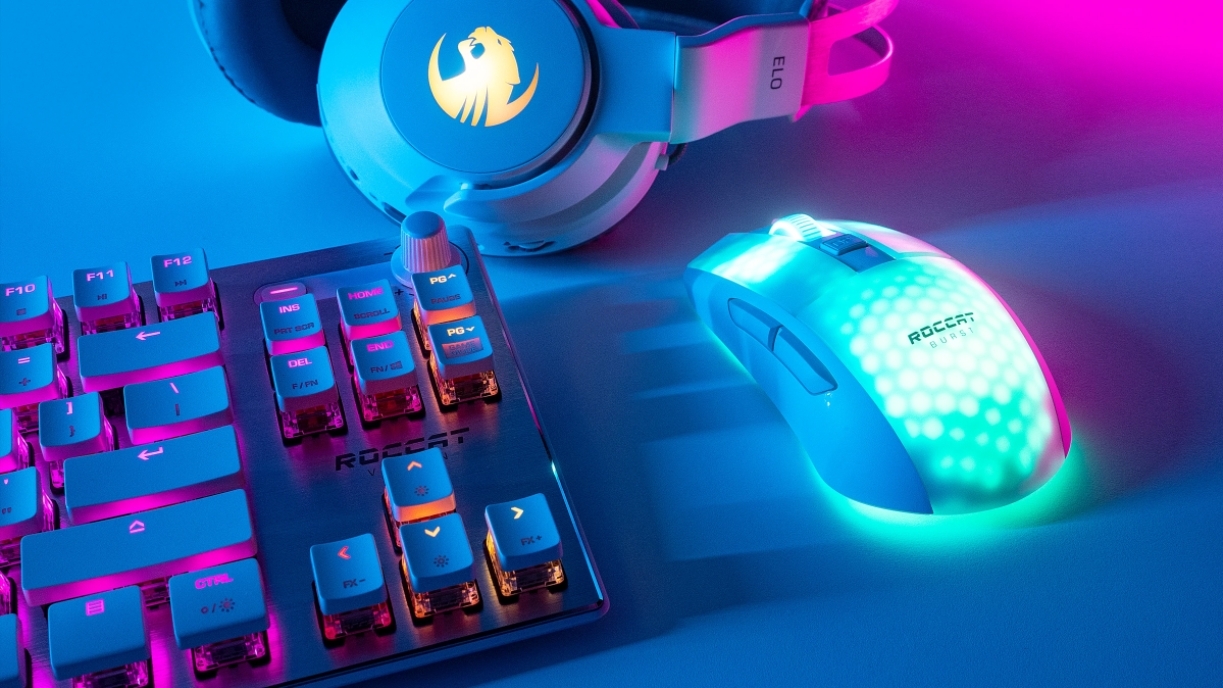 ROCCAT’s Burst Pro Air has taken the lightweight, symmetrical Burst Pro formula and added more freedom with a wireless connection and a few other quality of life improvements.

The Burst Pro Air features upgraded components to set itself apart from its predecessor. For starters, the 2.4GHz wireless and Bluetooth 5.2 connections provide some additional flexibility to the core design. ROCCAT clocks its Burst Pro Air at 100 hours of battery life but does not specify over which connection. The Owl-Eye Optical sensor has been bumped up to 19,000 DPI from the original’s 16,000 DPI. Looking at weight, the Burst Pro Air gets a bump up to 81 grams from 66 grams.

Despite being an upgraded version of the Burst Pro, there are still plenty of similarities between the two. Similar to its wired sibling, the Burst Pro Air uses the Titan Optical switches. ROCCAT also includes a detachable Phantom Flex charging cable that provides a familiar look to the Burst Pro Air’s original wired model. Fans will also recognize the same heat-treated PTFE mouse feet underneath.

When the Burst Pro originally landed, its Bionic shell was quite the spectacle. Now, the same design language is used in its wireless counterpart but with some fine-tuning. The RGB lighting beneath the shell is much more even and helps make the mouse looks a bit more well thought out.

In our original Burst Pro review, we claimed that “ROCCAT’s Burst Pro is easily the best product in its lineup.” With any luck, the company’s iteration on a winning formula will see the same success. Still, ROCCAT’s Stellar Wireless technology hasn’t always been reliable, with our review of the Kone Pro Air being hampered by connectivity issues.