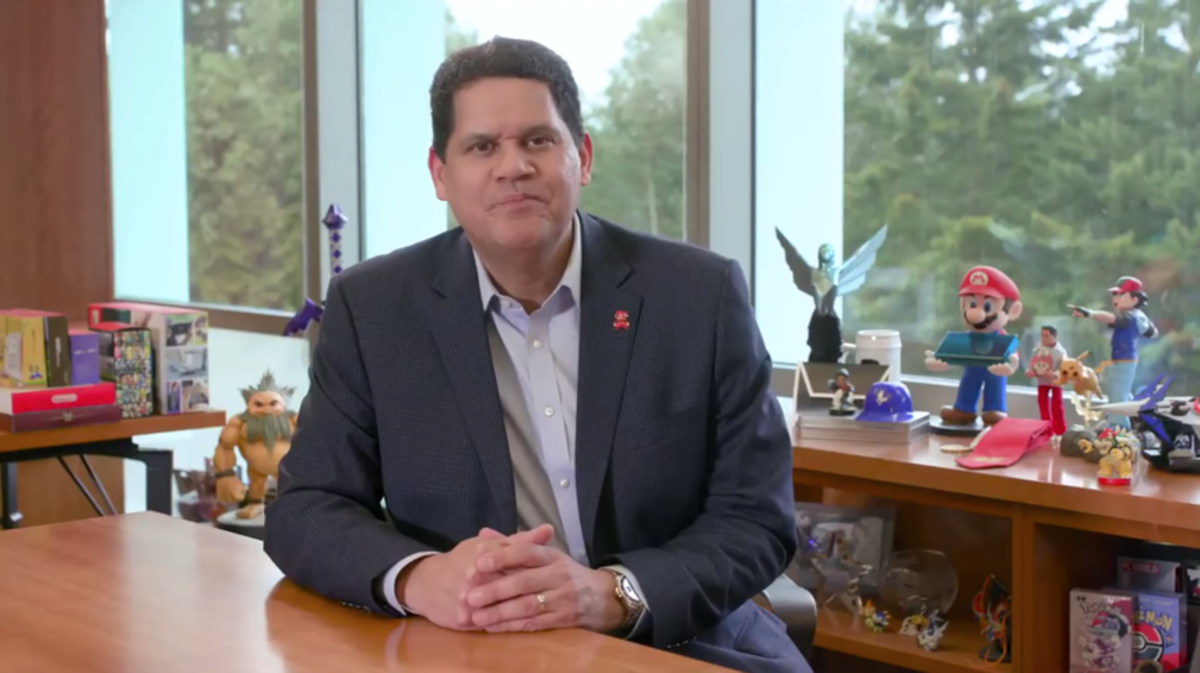 When it comes to opinions on Nintendo, Reggie Fils-Aimé has them. The former president of Nintendo of America has been on a tour for several months now, promoting his new book Disrupting the Game. In a recent interview on the Gamesindusty.biz Podcast, Fils-Aimé had a few things to say about the direction Nintendo is heading with the Switch and the end of its life cycle.

Fils-Aimé would know all about the problems that can accompany moving from one generation of console to the next. Nintendo broke down significant barriers with its innovative Wii system in 2006, and then immediately followed it up with the disastrous Wii U.

“I think it’s important in looking at the overall history of this industry and recognize how rare it is for a company to move from one successful platform to the next,” Fils-Aimé told Gamesindustry.biz. He singled out Sony’s transition from the PlayStation to the PlayStation 2, as well as Nintendo’s move from the Game Boy and Game Boy Advance to the Nintendo DS, as the only two cases in which he thought this happened in the past 30 years. Following up on those performances when Nintendo considers how to move on from the Switch will be difficult.

Despite the Switch still being an incredibly popular console, it’s already been five years since its original release. In terms of development timelines, it’s clearly time to consider the next console for the company. But the Switch accomplished so much of what Nintendo has seemingly always wanted to do, creating a near-seamless experience that combines handheld and console gaming, that it seems almost impossible to conceive of what another new Nintendo console could look like and how it could possibly improve upon the Switch.

Fils-Aimé has some ideas for that, as well.

“I believe that, first and foremost, you need to be thinking about the content pipeline and what’s going to keep players engaged,” he said, continuing to muse about Nintendo’s move to its next generation. And while he also mentions upgraded systems and changes to prices, he remains adamant that players need to stay engaged by means of new and engaging content, not just for any eventual new system, but for the Switch as well. Carrying over the Switch’s “core business momentum,” as he puts it, will only put Nintendo in the proper place to be able to succeed with its next generation. Neglecting the Switch and the content available for it might free up some manpower to work on the next generation of Nintendo games but will lose valuable business and fans.

Despite the difficulty of moving from one platform to the next, and Nintendo’s own struggles with doing just that, Fils-Aimé seems to think the prospect of moving to the next platform is still doable for Nintendo. Listeners can check out the full interview with Fils-Aimé at GamesIndustry.biz.