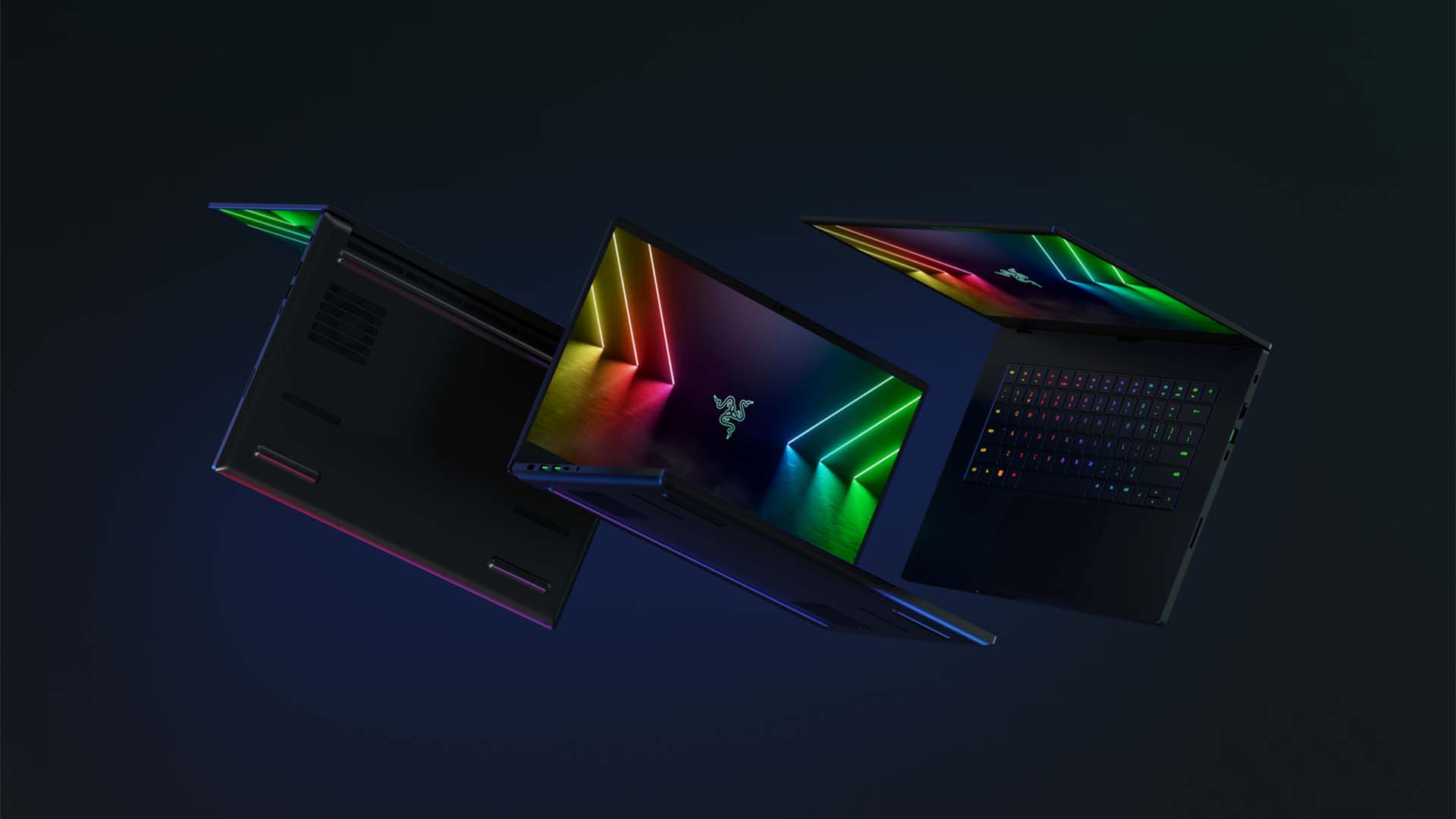 Razer has revealed its latest iteration of Razer Blade laptops with the Razer Blade 14, 15 and 17 at CES 2022. Although the new models don’t deviate too much from the 2021 editions, noteworthy changes reside under the hood.

Blade 14 returns this year with another AMD processor. Each laptop configuration will use a Ryzen 9 6900HX processor alongside an Nvidia GeForce GPU— up to an RTX 3080 Ti. Since AMD APUs have integrated graphics on the chip, Razer has included a MUX switch—MUX switches are used to switch between discreet and integrated graphics manually.

Blade 15 and 17 share the newer keyboard design but offer far more power than the Blade 14. One of the things that Razer made sure to highlight during this part of the announcement is the hardware under the hood—namely, the 16 GB of DDR5 RAM and the 12th gen Intel processors both Blade 15 and 17 will use. These new CPUs can come with up to 14 cores, up from eight of the previous generation; Intel Core i9 CPUs are also capable of a clock speed up to 5GHz.

Exclusive to the new Blade 17 are eight speakers on the chassis, four more than the previous iteration. It also will come with a bigger 82WHr battery and a new GaN-powered 280W charger.

All laptops will also have an IPS-grade monitor with up to 100 percent DCI-P3 or sRGB color gamut. Potential buyers can choose between a Full HD display with a 360Hz refresh rate or a Quad HD display at 240Hz. Blades 15 and 17 have additional options for a 4K display at 144Hz.

Other features for the new Blades include Windows 11 preinstallation, THX Spatial Audio and a new battery warranty of up to two years. The number and variety of port connections range depending on the size of the laptop but include USB-C to HDMI 2.1, UHS-II SD card reader and more.