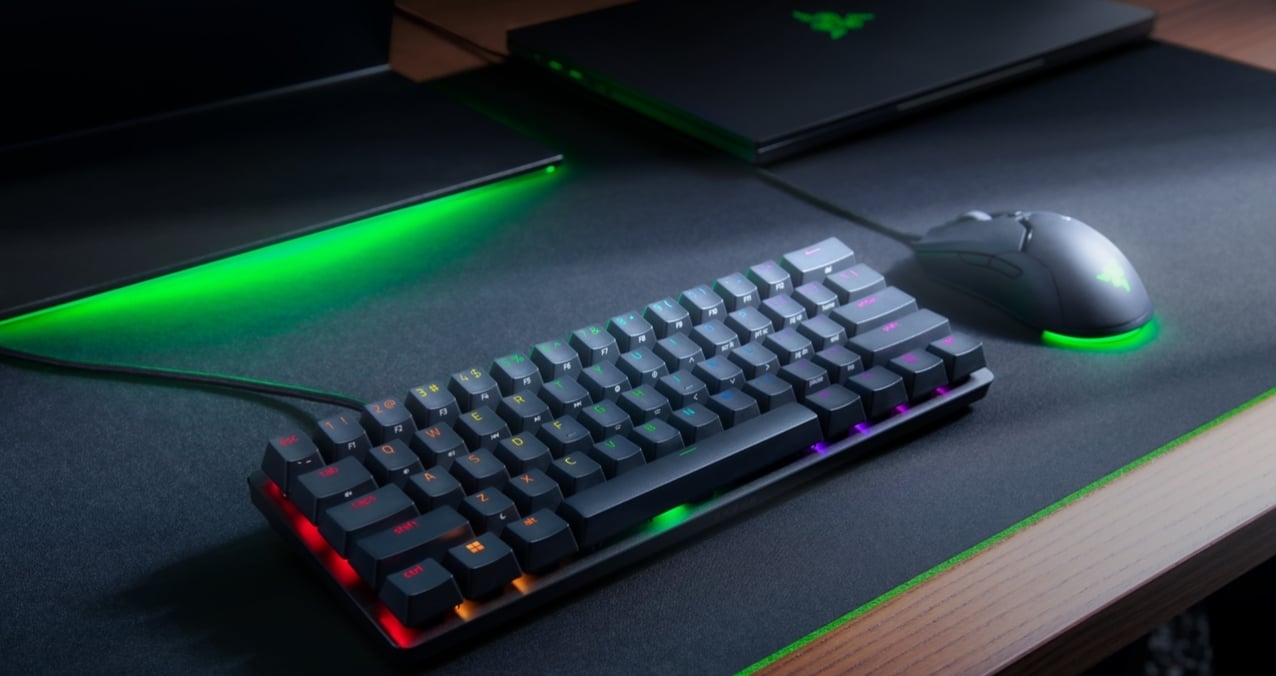 Following up on the success of 2020’s Huntsman Mini and subsequent, fully-features Huntsman V2 Analog, Razer has taken the best of both products and merged them into the Huntsman Mini Analog.

Razer’s new take on its tried-and-true 60 percent performer keeps much of the formula the same but adds in Analog Optical switches, which can offer more precision for some gamers. Users can set custom actuation points, use the WASD cluster like a joystick, and program dual-step actuation, meaning part of the keypress offers one function and the second half offers another. An easy example would be something like equipping a grenade with the first step and pulling the pin in the second.

While Analog Optical Switches aren’t for everyone, they do come in handy in games that are more controller friendly. Titles like Rocket League and Forza Horizon 5 immediately come to mind. In these titles, you can use dual-step actuation to perform wide turns with a half-press and a sharp turn with a full press.

Razer’s latest iteration of its travel-ready 60 percent keyboard is available now. The Huntsman Mini Analog costs $149.99 before taxes, which is a $20 to $30 price bump over the original.

Update March 3, 2022 11:14am CT: A previous version of this article stated that the Huntsman Mini Analog did not feature case foam. The article has been changed to reflect the inclusion of case foam.