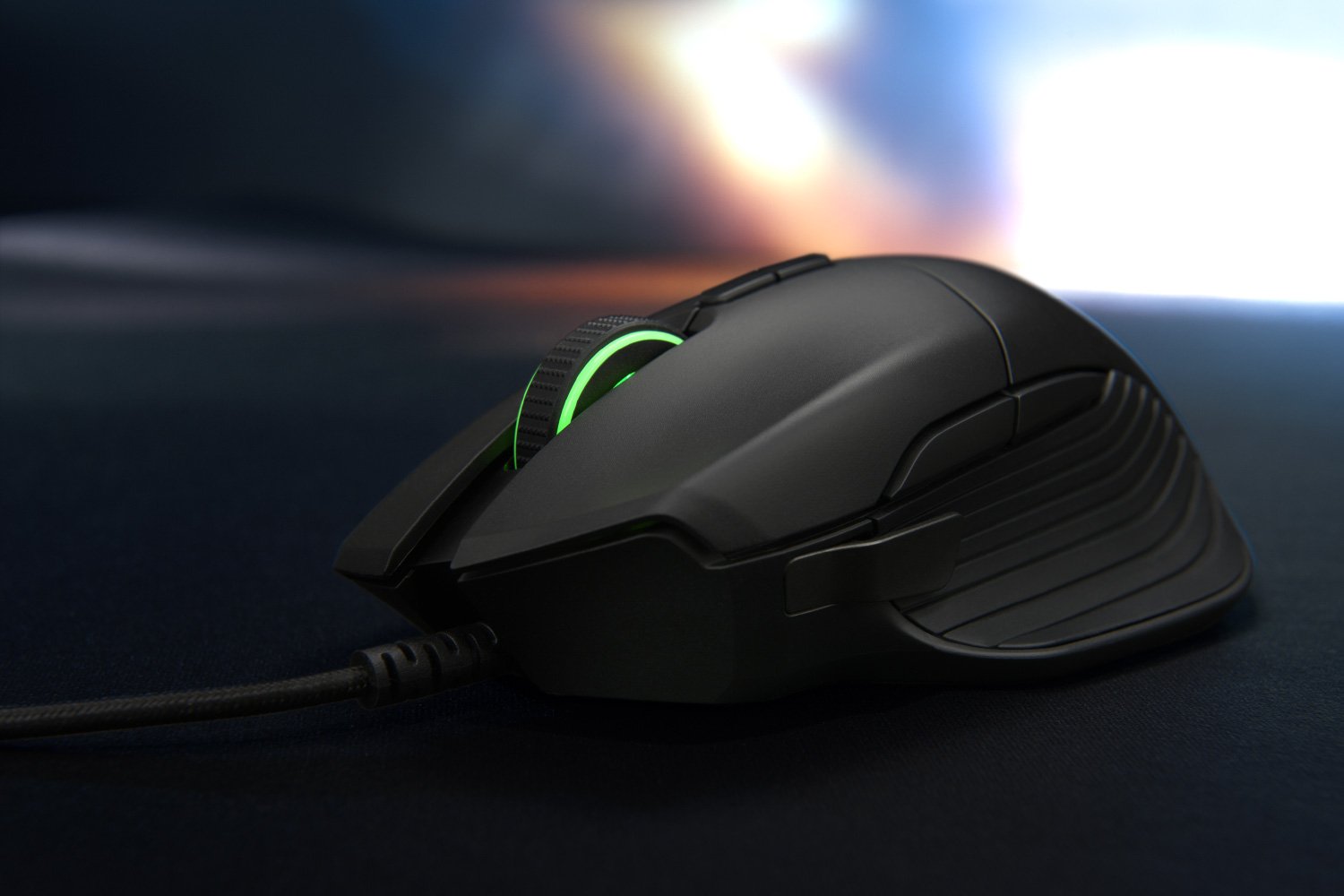 Now that I have a clutch on my mouse, I don’t want to go back.

Razer’s new $70 gaming mouse is called the Razer Basilisk, and it’s designed with first-person shooter enthusiasts in mind. The right-handed mouse has a rubberized grip on both sides. The form isn’t wildly different from Razer’s flagship mouse, the Deathadder, save for a widened thumb rest and the clutch. So what do you do with a clutch on your mouse?

I didn’t know at first, either. Razer presets the clutch—which you just press down with your thumb—to adjust DPI settings on the fly. Holding down the clutch will keep the new DPI setting turned out, and removing your thumb will reset the DPI back to your regular setting. Some gamers find this pretty handy when playing first-person shooters like Counter-Strike: Global Offensive or Overwatch. If you prefer a different DPI settings for both general shooting and sniping, this is going to be really convenient for you. Previously, Razer had buttons that adjust DPI settings, but they’re located on top on the mouse, which isn’t as easy to reach, especially in the chaos of battle.

The Basilisk mouse comes with two clutches that allow you to choose which size you prefer. They’re held into place by magnets, and occasionally I find mine popping off. (My cat, too, really enjoys the clutch and I’ll often find her walking away with it in her mouth.)

Likewise, Razer has added new options for the scroll wheel. A tiny scroll wheel on the bottom of the mouse adjusts the wheel resistance on the top of the mouse. The range really is amazing: If you want a smooth wheel, you can have it. Love resistance? That’s doable, too.

Behind the scroll wheel, Razer put the two usual DPI buttons, which are handy if you choose to remap the clutch. Likewise, there are two buttons on the side of the mouse, near the clutch, that can also be mapped. As with scroll up and scroll down on the wheel, you can click it too. There’s no shortage of buttons on the Basilisk, and I think first-person shooter gamers will like that.

Sensitivity on the Basilisk ranges from 100 to 16,000 DPI, which is impressive, using the Razer 5G optical sensor. It’s truly the clutch that makes the mouse stand out, though. Everyone’s got that one extra button they’ve wanted to map to their mouse. For me, that was push-to-talk. I’ve always struggled in pushing a keyboard button while playing a game to use the function, and now I’ll never look back. My only wish was that the Razer Synapse software made it easier to set.

Pros: The all-black mouse with Razer Chroma lights just looks good and feels good, but the real standout is the clutch. It’s something I never knew I wanted, but now I can’t imagine playing Overwatch without it.

Cons: If you’re left-handed, you’re out of the luck. Otherwise, my only other complaint is with the Razer Synapse software. Setting the clutch wasn’t exactly intuitive