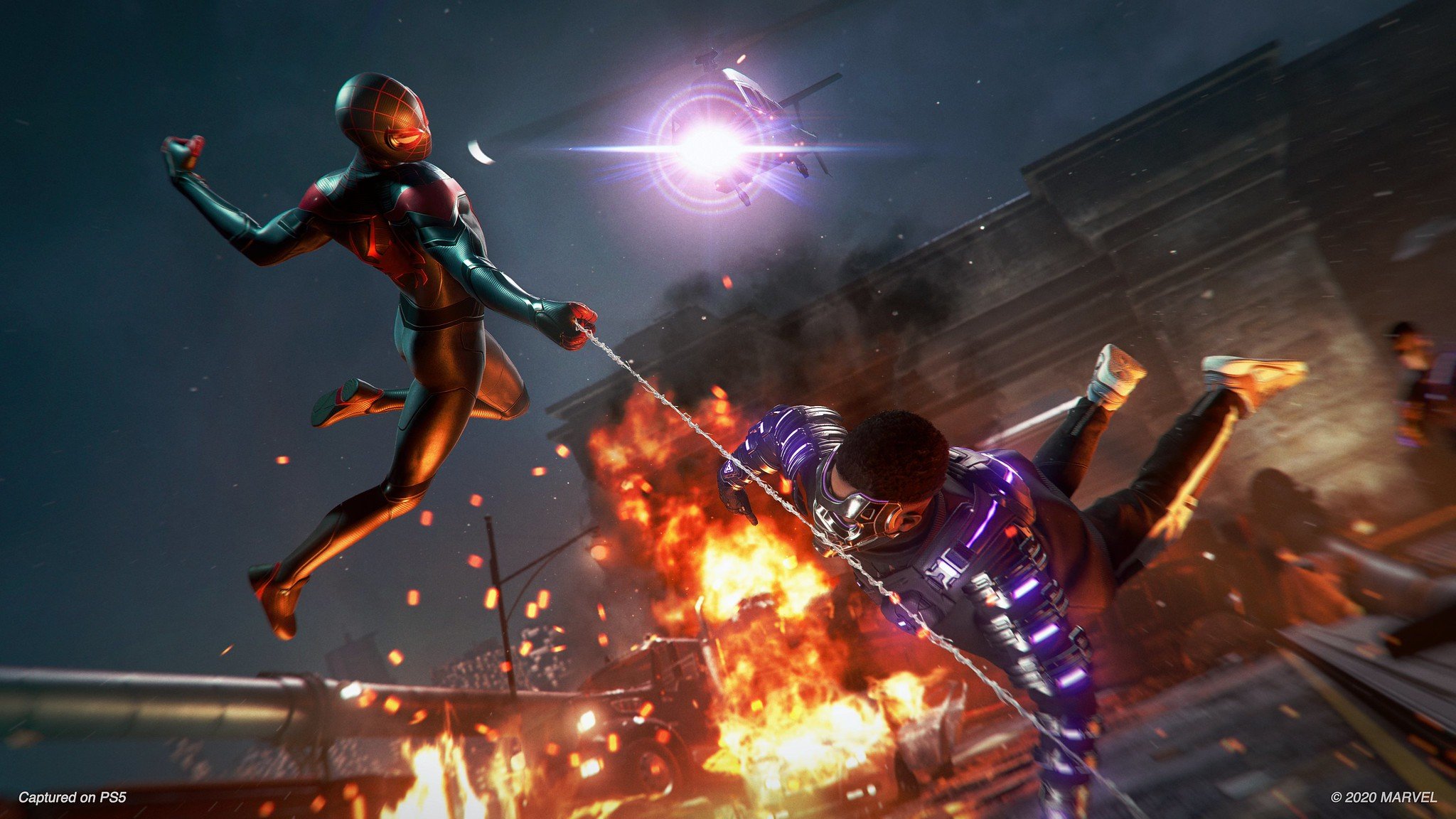 With the PS5 being launched worldwide over the next week, thousands of gamers will be purchasing the console.

Currently, there are a handful of new titles exclusive to the PS5 while Sony also offers an extensive back catalog of titles from both the PS4 and PS3.

Most of these games have been optimized to look stellar on the PS5’s brand new next-generation hardware, but these upscaled experiences pale in comparison to what players can see from PS5 titles.

Launch titles for the PS5

Likely the most well-known title, Miles Morales takes the mantle of Harlem’s web-slinging defender facing off against villains familiar from both the comics and the movies. This action-adventure game allows the player to navigate through a massive open-world as they embark on missions to earn rewards and complete the epic story that unfolds.

The game is both technically sound and visually beautiful. On the new hardware, this game runs incredibly smoothly and offers one of the best gaming experiences on the platform right now.

A remake for the initial PS3 title, Demon Souls offers players an incredibly challenging game in a style that has grown popular with the developer’s later titles, Dark Souls and Bloodborne. Similarly, the player is tasked with navigating through dungeons and learning enemy fighting patterns in order to successfully eliminate what might be ahead.

This game is extremely challenging and not for a casual player, but the visuals are breathtaking, and this complete remake of the original game gives players the best quality experience they could imagine.

Another PlayStation exclusive franchise is Sackboy: A Big Adventure, where you take control of LittleBigPlanet‘s main character Sackboy as you trek through a world of puzzle platforming. This game showcases impressive visuals combined with great use of the new controller hardware available in the PS5.

For younger gamers and more casual players, this is a great game to pick up as it offers a great experience while being easy to learn.

Similarly, to Demon Souls, in Godfall you will be tasked with clearing out dungeons of enemies as you need to master your abilities and learn the patterns of enemies to emerge victorious in battle. The major difference between the two others than the setting is the fact Godfall can be played in co-op with up to three players online.

If you’re after a game where you can jump in with your friends and bash through hordes of enemies, then Godfall is the best choice for you right now on the PS5.

The next sequel in the Watch Dogs franchise, Legion is an open-world action RPG that will have players hacking, shooting, and beating their way through a cyberpunk-esque world in order to solve the story of who’s behind terrorist attacks. The game tells the story by switching between playable characters as you proceed.

While not an exclusive, Watch Dogs: Legion is perfectly optimized for PS5 and caters to players will a true next-gen experience.

A game that really needs no description, NBA 2K21 is a basketball game that offers the same experience as the previous titles in the franchise, although this time the experience is greatly enhanced by the impressive hardware inside the PS5.

The game plays in full 4k at a steady refresh rate offering the most perfect NBA 2K experience to date. If basketball is your thing, then this is a must-have title for you.

Another impressive open-world game for the new hardware, Assassin’s Creed: Valhalla puts the player in Norway where they are made to learn the story of their ancestors through completing key objectives.

The scale that is reached with this game is extremely impressive and visually it is stunning. For gamers familiar with the franchise, this entrance is definitely worth picking up.

Coming out just a week prior to the PS5’s release Dirt 5 is the best racing experience you can currently have on the PS5. Off-road racing at 4K resolution with all the bells and whistles offered in the PS5 makes it a great choice for racing fans.

While some games have been upscaled for the new hardware, Borderlands 3 has been completely rebuilt to take advantage of everything offered in the PS5. The looting shooter offers a high-paced cartoonish shooting story filled with countless hours of content for after completion with the story.

Lunching just a day after the console itself, gamers will get their first taste of next-generation Call of Duty in the form of Black Ops Cold War. The latest entry in the franchise allows players to go through a campaign set in the 1980s that acts as a direct sequel to the story of the original Black Ops title.

Included with the campaign, the game also boasts an extremely popular multiplayer mode that allows gamers to compete against one another on the battlefield along with a team. In Cold War, the multiplayer is filled with new weapons, maps, and modes that are exclusive to this game.

Players will also be happy to know Zombies mode is making a return. This mode allows teams of players to fight hordes of Zombies as they attempt to survive and even solve hidden puzzles that may be scattered around each map.

Lastly, Cold War also includes Warzone, the popular battle royale mode. In Warzone, you can go at it alone or with a team of players attempting to survive in a massive area fit with loot to be found and places to hide as the zone creeps in. The zone isn’t the only thing players must be wary of, though, as there are also 90 enemy players looking to take you out.