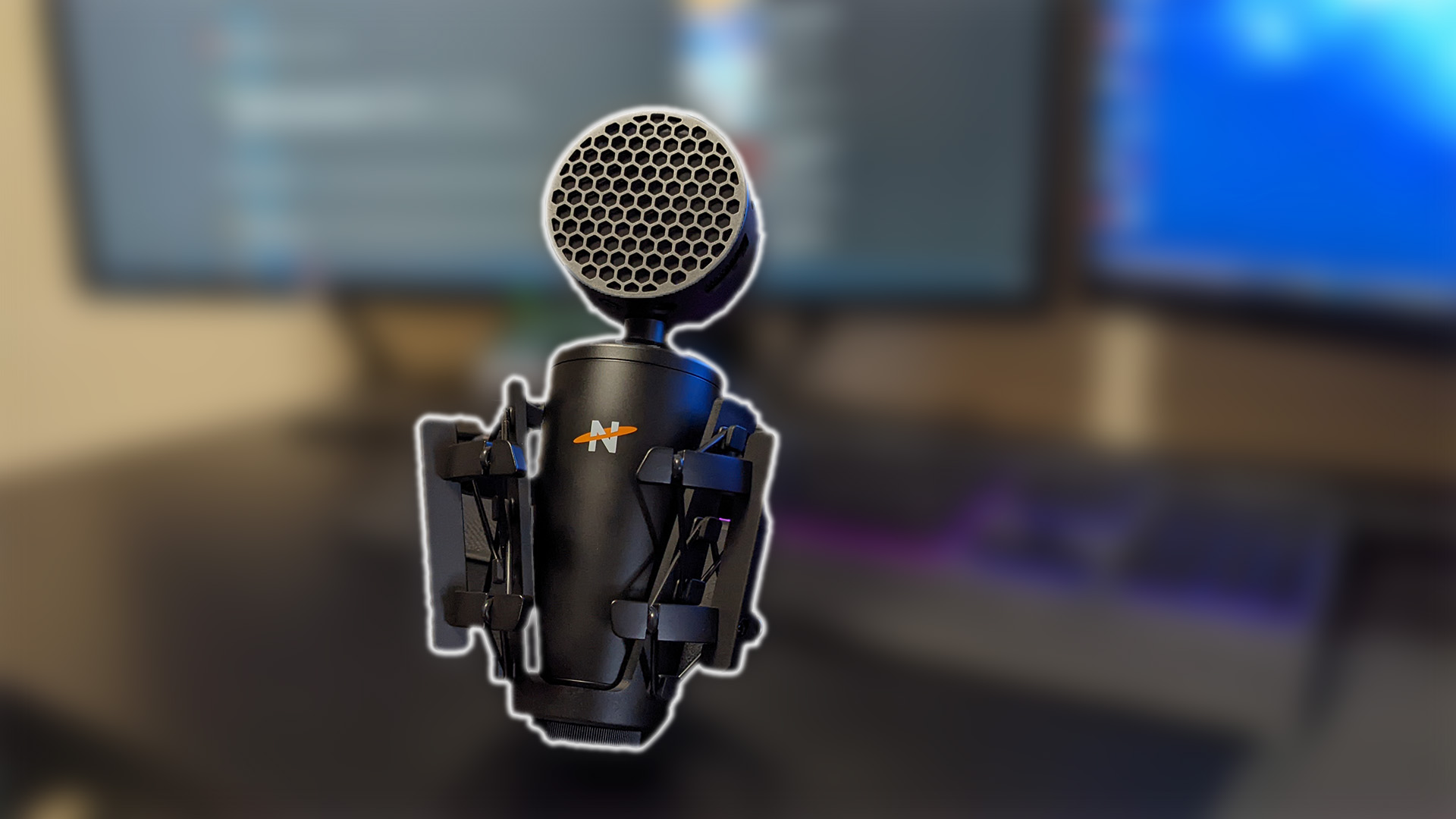 The King Bee II is an exceptional sounding microphone from the veteran creators at Neat. This XLR microphone may not have all the bells and whistles that other products offer, but it presents a premier sound while covering the basics needed to capture quality sound. Here is our review of the Neat King Bee II. 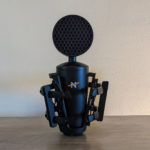 This relatively large microphone uses a 34-millimeter cardioid condenser capsule with 50 ohms of impedance. It has a dynamic range of 134db at 2.5 ohms, giving it a wide range of customization for specific recording setups.

Because it is an XLR microphone, it requires an XLR cable connection and a separate MixAmp to supply phantom power. Once connected, the microphone is ready for use. Users will still have to adjust the sound to fit their setup, but the King Bee II doesn’t require too high of a gain level.

Attached to the grill of the King Bee II is a “honeycomb” pop filter. It can be removed by carefully pulling and twisting, though users should be aware that it is somewhat fragile.

On the body is a removable shockmount that can also thread itself onto a stand or mic arm. To remove the mount, twist the bottom ring around the XLR port. Before screwing it onto a stand, the ⅝-inch to ⅜-inch adapter needs removing unless using a ⅜-inch thread stand. Removing the adapter can be done by taking a penny and fitting it into the two slots of the adapter.

The overall weight of the King Bee II is 2.47 pounds with all attachments included. Although two and a half pounds doesn’t sound like much, it can make the difference in what type of stand is compatible. For comparison, the Shure SM7B is 1.69 pounds.

Its weight distribution is forward-heavy, with all of the King Bee II’s weight held by the thread connection point. The set screw that holds the mic at a set angle is solely for vertical adjustments. The mic tended to lean forward during testing because of the weight—a stronger stand may alleviate this issue for others.

Tuning the King Bee II requires audio software due to a lack of knobs or buttons on the actual microphone. These features aren’t necessarily a requirement for XLR microphones, but it would be nice to see them make it on its successor if Neat makes a King Bee III. 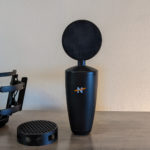 To use King Bee II properly, users will speak into the flat portion of their microphone. This capture design is almost identical to King Bee II’s predecessor, the original King Bee. However, that is where the similarities end due to Neat completely redesigning the body and color scheme.

Instead of the original King Bee’s black and yellow box, the King Bee II has an all-black barrel body that tapers toward the bottom. It may not be as noticeable with the finish, but the shape of the capture capsule will still garner looks. The form is reminiscent of antique radio mics, which also incorporated large-diaphragm condensers.

Streamers and content creators who care more about their audio quality than aesthetics should find much to like about the King Bee II. Neat’s USB mic, Bumblebee II, had a sound profile suitable for higher-pitched vocals. The opposite is true for the King Bee II. Playback has a rich tone that helps bass frequencies stand out among the higher ones. The differential may be due to the King Bee II’s versatile ability to record various instruments.

USB microphones can’t reach the same recording sample rates as XLR mics, and this works in the King Bee II’s favor since it can reach a sample rate of 192KHz at up to 24-bits. The higher sample rate captures more of the original recorded sound, and its polarized condenser helps eliminate distortion picked up from other electronic signals.

King Bee II’s pop-filter works well enough to dampen sounds better than without it. Its shockmount also works very well in eliminating rumble—tests used a basic desk stand with standard threads. The downside of having custom fitted accessories is the lack of third-party options. King Bee II’s side-facing condenser shape doesn’t allow for universal windscreens, and other shockmounts may not fit the body as snug as the “beekeeper” shipped with it.

The King Bee II fits in various setups, delivering a rich and warm tone for vocals while remaining flexible. Not everyone will appreciate the mic’s aesthetic, but that shouldn’t distract from the exceptional, professional-level audio it is capable of delivering. For $169, there aren’t many other XLR mics that can compete with Shure and Blue’s mainstays.