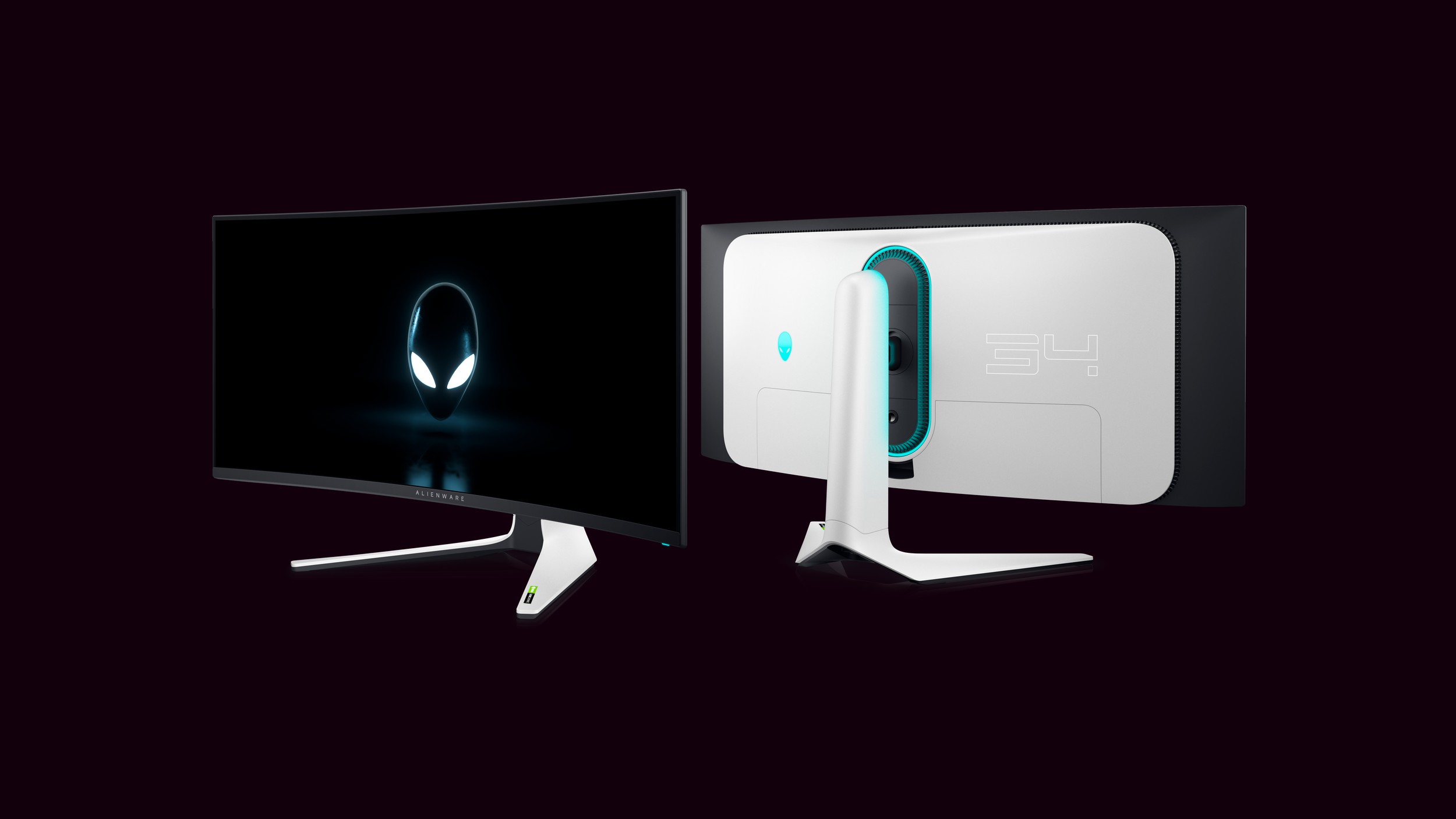 Alienware’s forthcoming AW3423DW now has a confirmed release date and pricing information. The company first showcased this monitor at CES 2022, where it garnered much attention as the world’s first QD-OLED gaming monitor.

What’s it all about?

The AW3423DW has a 34-inch IPS display with a prominent R1800 curve. Its resolution is limited to WQHD 1440p, but the refresh rates and response times are exceptional at 175Hz and 0.1 milliseconds. Unsurprisingly it’s packed with gamer-friendly features like Nvidia G-Sync ultimate to reduce screen tearing and three customizable game modes.

Of course, the biggest feature is the new quantum dot organic light-emitting diode or QD-OLED display. This new technology combines OLED technology with QLED technology to get the best of both worlds when it comes to performance.

OLED displays tend to have deep blacks, with excellent contrast and fast response times. On the other hand, they are expensive to produce, have lower maximum brightness, and risk burn-in. QLED displays are brighter than OLED versions, but they have slower response times and aren’t as power efficient.

The new QD-OLED displays add a quantum dot layer with red, green, and blue subpixels and a blue light filter to an OLED screen. The result is deeper blacks, more accurate color reproduction, and improved efficiency for all-around better performance.

How much does it cost?

Alienware monitors don’t come cheap. The AW3423DW will have a starting price of around $1,299 and will be available from March 29, 2022. The pricing is much higher than alternatives like Gigabyte’s G34WQC at $579 and the Asus TUF Gaming VG34VQL1B at $529, but it’s expected for the latest monitor tech.