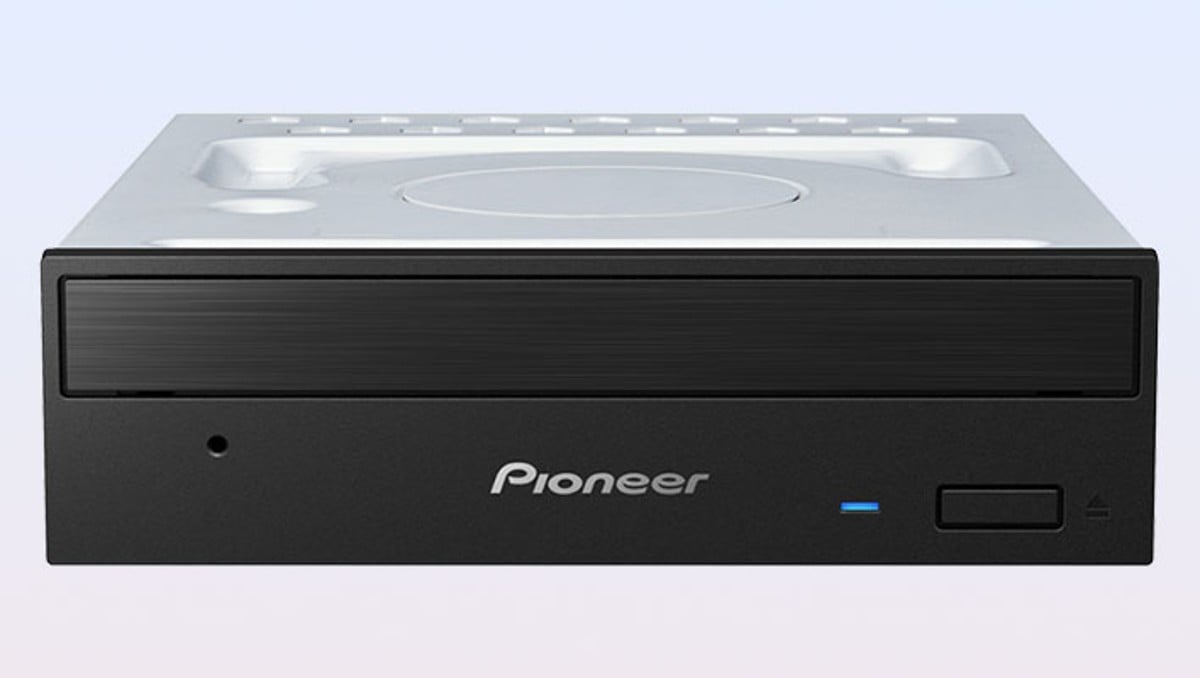 Most users think optical drives are obsolete because of the rise of digital media, but Pioneer disagrees and has just released a new optical disc drive. The new Pioneer BDR-213JBK looks like a conventional optical drive that fits into the corresponding slot on the PC (if your PC actually has one), and it reads and writes to CDs, DVDs, and Blu-ray discs.

The Pioneer BDR-213JBK is compatible with most Blu-ray disc types and can record on single-layer 25GB BD-Rs and 50GB two-layer 50GB BD-Rs, as well as three-layer 100GB BD-R XLs, and four-layer BD-R XL discs with a 128GB capacity.

If buyers prefer reading and writing to older discs with lower capacities, the BDR-213JBK can also write to CDs at 48x and on 4.7GB DVD-Rs at 16x speed.

The drive also comes with software called Pure Read 3 that enables it to read from scratched or damaged discs and CyberLink software to manage the copying and editing.

Most laptops and desktops have phased out optical drives, and they only appear on some versions of the PlayStation 5 and Xbox Series X. There are, however, still many people out there with old disc collections that might need a device to play them.

Large,128GB Blue-ray discs might be a good way to backup critical data because they don’t degrade over time like NAND-based SSDs. On the other hand, they’re prone to scratches, and a (hard to find) optical drive is the only way to access them.

As far as Pioneer is concerned, “With the spread of telework these days, there are increasing opportunities to store large amounts of data such as work data and online conference recordings at home. The demand for optical discs and optical drives is expected to increase.”

At $150, it seems unlikely that Pioneer will be pushing many units, especially when there are high-capacity external SSDs and HDDs for far less. It might be ideal for people still holding on to their CD and DVD collections, as long as they’re willing to pay the price.