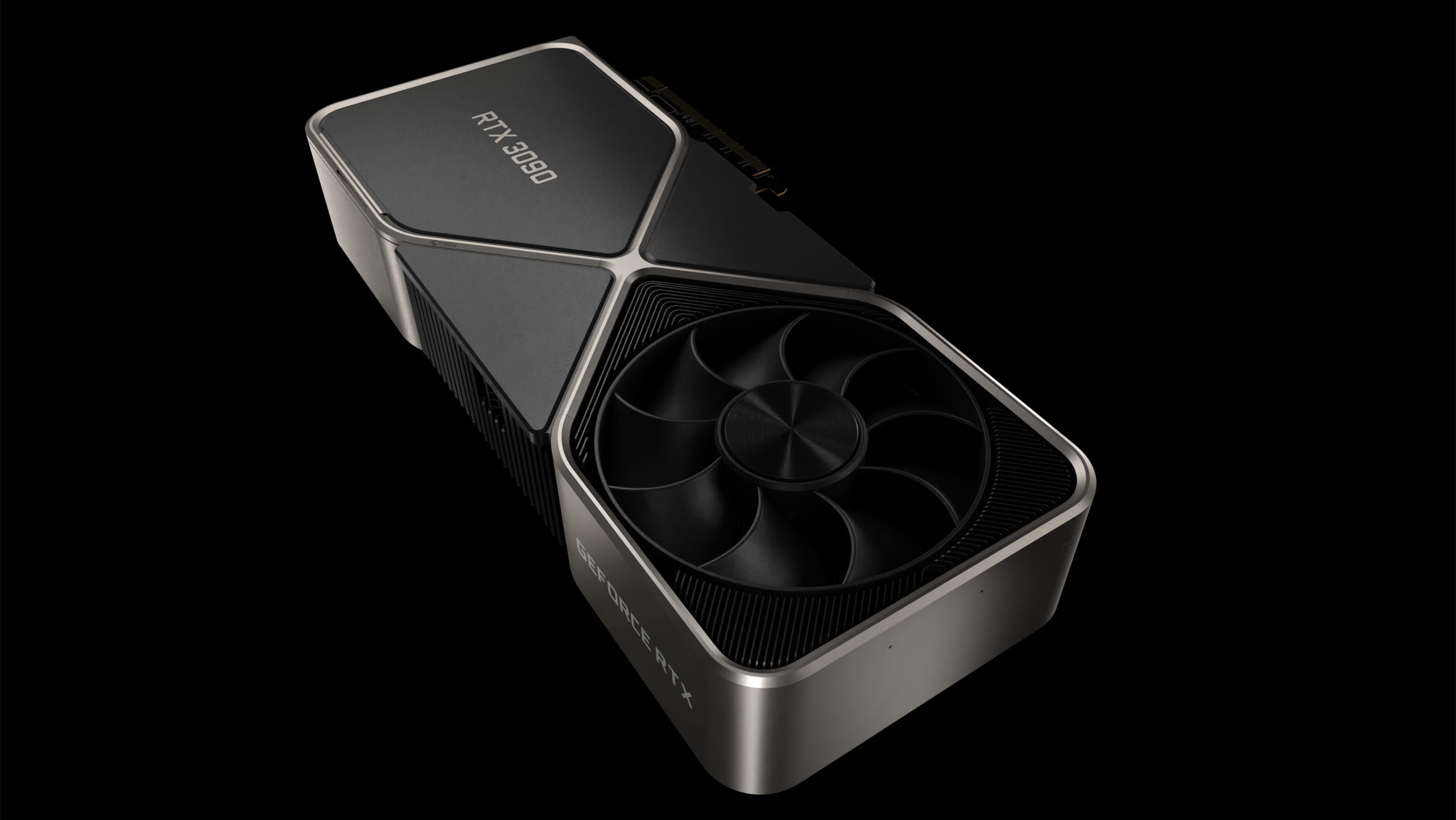 NVIDIA introduced its new GeForce RTX 30 Series GPUs today. The new cards will be available starting in September. The new series of GPUs will be the biggest jump forward in graphics technology in the history of the company, according to NVIDIA.

The RTX 3070 will start at $499 and is said to clock in at around 70 percent faster than the previous generations RTX 2070. It’ll come with eight GB of GDDR6 onboard memory and should be powerful enough to support available 4k and 1440p monitors, according to NVIDIA. The 3070 will become available for purchase in October.

The RTX 3080 will start at $699 and promises to be twice as fast as the RTX 2080. This card will feature 10 GB of onboard GDDR6X memory, delivering 19 Gbps of data. This card should have no problems running 4k games at 60 frames per second, according to NVIDIA. The 3080 will be available for purchase on Sept. 17.

The RTX 3090 is the new kid on the block. Starting at a steep $1,499 price tag, NVIDIA nicknamed this card the Big Ferocious GPU. This card features an astounding 24 GB of onboard GDDR6X memory and a unique cooling system that NVIDIA said will keep the GPU up to 30 degrees cooler than previous top-of-the-line cards.

The 3090 GPU is touted to provide a 50-percent improvement over the TITAN RTX, allowing gamers to play in 60 FPS at 8k resolution. It also comes with a set of unique features, such as HDMI 2.1, AV1 Decode, and an improved electrical design. The 3090 will be available for purchase on Sept. 24.

NVIDIA touted the new graphics cards speeds, claiming that they offer as much as double the performance of the last generation with nearly double the power efficiency. The new cards will also come with some new features specific to gamers, including NVIDIA RTX, NVIDiA Reflex, NVIDIA Omniverse Machinima, and NVIDIA Broadcast.

NVIDIA RTX is a real-time ray tracing technology designed to enhance the reflections, shadows, and other elements of a rendered 3D environment. Ray tracing has traditionally been a demanding technology on the GPU, but the 30 series is looking to make it more accessible.

“NVIDIA Reflex is a new suite of technologies that optimize and measure system latency,” NVIDIA said. “Among these are NVIDIA Reflex Low-Latency Mode, a technology being integrated into popular esports games such as Apex Legends, Call of Duty: Warzone, Fortnite and Valorant that reduces latency by up to 50 percent, and NVIDIA Reflex Latency Analyzer, which detects input coming from the mouse and then measures the time it takes for the resulting pixels (for example, a gun muzzle flash) to change on screen.”

NVIDIA Omniverse Machinima is a feature that will allow users to take assets and character models from various games and use AI and webcams to create high-quality cinematic animations from their favorite game characters.

NVIDIA explained that “users can take assets from supported games, and use their web camera and AI to create characters, add high-fidelity physics and face and voice animation, and publish film-quality cinematics using the rendering power of their RTX 30 Series GPU.”

This feature won’t be available at the launch of the new products, but a beta is expected to be announced soon after the release of the GPU series.

The final new feature is NVIDIA Broadcast. Designed for streamers, broadcast promises to enhance the quality of your webcam and microphone using RTX-accelerated AI effects. This will include, but is not limited to, audio noise reduction, unique background effects, and webcam auto frame.

As usual for NVIDIA cards, the 30 series cards will be available in various customized modes from various hardware companies. The different versions will include clocked and overclocked models from companies like ASUS, MSI, Gigabyte, and more.

As an added perk, for a limited time, gamers who purchase an RTX 30 series card will receive a PC digital download code for the upcoming Watch Dogs: Legion and a subscription to NVIDIA’s cloud gaming service, GeForce NOW.