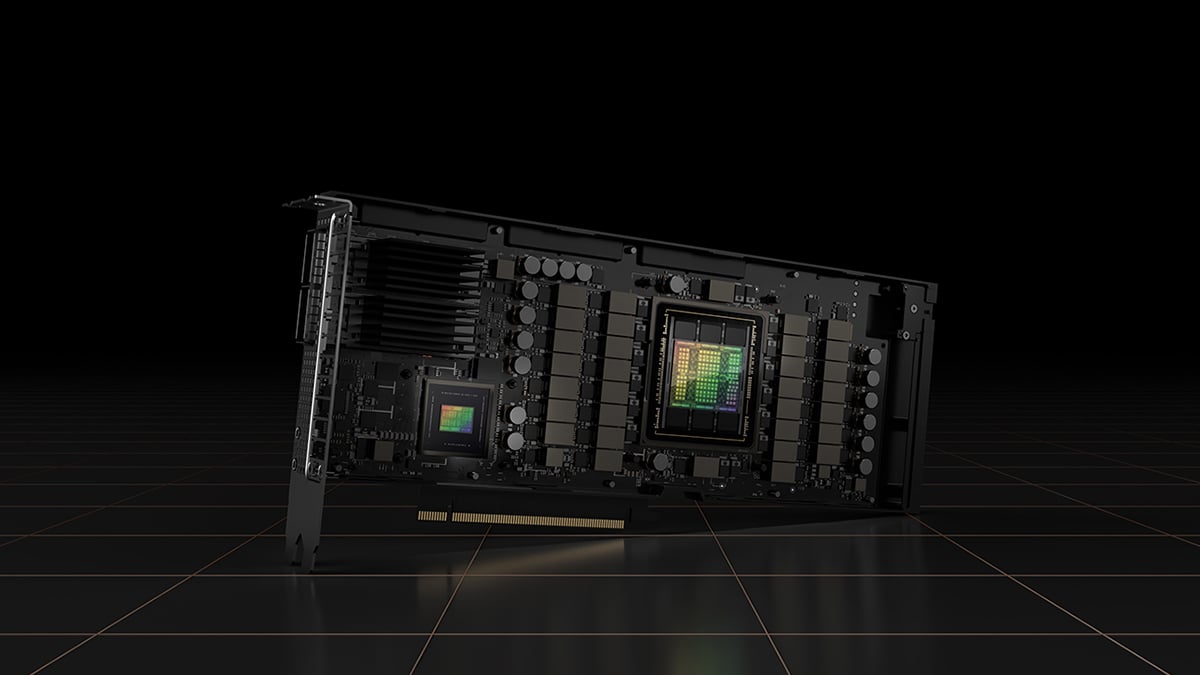 Nvidia has had a busy week of reveals with the H100 GPU and 144 core “Grace Superchip” coming into the limelight. The Superchip, in particular, is an incredible feat in computer engineering for those interested in HPC CPUs. Nvidia has advertised the chip as 50% faster that AMD’s flagchip Epyc CPU. This performance is, in part, brought on by Nvidia’s implementation of a possible 1TB of LPDDR5x memory and 144 cores over two CPUs working in tandem via Nvidia’s NVLink-C2C technology. This brings the power of two powerful chips to a single socket

This is great news for the minority of individuals who work closely with super computers on a regular basis, but for the gaming community, the Nvidia’s new hardware gives us clues as to what their commercial brand products might have in store for the future. The “Ada Lovelace” lineup of GPUs, which will most likely consist of the RTX 4000 series cards, may follow suit to the server chips in a number of ways.

Firstly, the H100 GPU will be running on the Hopper architecture. Nvidia’s Hopper design is built using a custom TSMC 4nm process. This is a step up from the 7nm process that was used on the Ampere architecture, which is the design from which the RTX 3000 GPUs, among others, are built. Presumably, the 4000 series Ada Lovelace GPU’s can also make use of this 4nm design, which would provide a predictable increase in speed and energy efficiency in the RTX 4000 series over the 3000s, and even throw the RTX 4000 cards in an advantageous position against AMDs yet released RDNA3 GPUs. Said AMD GPUs are rumored to be built on a 5nm process.

Secondly, the Hopper architecture is monolithic. This means that their chip design is singular, as apposed to having multiple, smaller GPU modules working together on a single die. This is an assured weakness when compared to AMD’s RDNA3 design, which utilizes a chiplet approach to construct the entire GPU.

Which strengths and weakness ultimately come out on top remains to be seen, and until Nvidia officially reveals the specifications on the Ada Lovelace GPUs, we can’t know with absolute certainty if these likely predictions hold any weight. At the very least, the Hopper architecture points us in a direction of improvement for graphical processing unit performance and availability at a time when GPUs are in short order.