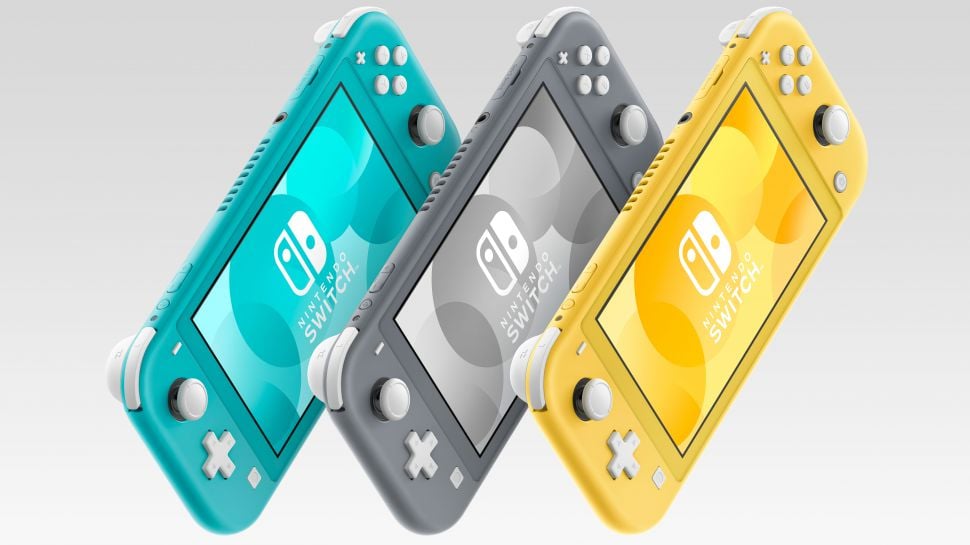 The Nintendo Switch Lite is arriving Friday, Sept. 20 as a handheld-only alternative to the already available Nintendo Switch system. It’s light, decently priced, and readily available. But it also comes with a few niggling issues.

For a modest $200 price tag, the Nintendo Switch Lite is a cheap alternative for those who don’t want to spend over $300 on a system. It’s also ideal for parents with younger children who don’t want to worry about their child breaking or losing part of the system within a few weeks.

How exactly does it hold up? And is it worth the investment?

The Nintendo Switch Lite is a quarter of the size of its home console counterpart and, as the name suggests, just feels very light to hold. It feels like nothing is inside of it, almost like it’s hollow.

It reminds us a lot of an old Game Boy Advance with how the buttons and features have been laid out. But most of Nintendo’s handheld systems have tried to emulate the Game Boy Advance look while upgrading the graphics and adding to the experience over the past decade. The Lite feels very much like a giant Game Boy in its design and succeeds where other consoles failed in the past.

The system fits perfectly in your hands. You’ll find that your fingers and thumbs go exactly where they need them to—it’s honestly one of Nintendo’s best feeling handheld devices in a long time. My hands are quite large and I struggle to use a lot of tablets and phones because of it, but with the Lite, I never felt tired or in any sort of pain—even after several hours of playing games. It just offers a really good, comfortable experience.

Each button feels squishy and light to the touch while not sacrificing sturdiness. When pressed, the buttons feel rigid despite their soft touch. It feels like if you were to drop the console, it wouldn’t break easily, similar to how the Nintendo 2DS was designed.

In fact, I actually ended up dropping the console accidentally during the review phase (my bad) but there were no marks, no dents, and all of the buttons worked fine afterward. This is part of what makes it perfect for children since it can take a beating without breaking.

One of the obvious drawbacks from having a smaller system is a smaller screen size, but even the Nintendo Switch Lite’s screen isn’t that bad. The Switch uses a 5.5-inch, 1280×720 resolution LCD screen and is powered by a custom Nvidia Tegra processing CPU.

Some games, like Breath of the Wild and Xenoblade Chronicles 2, that heavily rely on text are painfully hard to read at times. We had to squint our eyes a few times to understand what was being said.

Still, even with this small setback, the quality of the screen is on par with the Nintendo Switch in handheld mode. The picture quality is very crisp and well detailed and the screen is identical to what you would get on any other Switch system, despite its size.

The sound on the Lite, even without speakers, is ample. You can hear the game clearly in any room even though it uses generic stereo speakers. We even had to turn it down in our initial review phase since it was so loud at full volume that you couldn’t hear anything else over it—granted, that might have been because we were testing out Doom and blasting power metal and shotgun shell sounds in a small living room space.

One of the biggest issues with the Nintendo Switch Lite comes from what the original Switch can provide.

You obviously can’t just plug the Lite into a Nintendo Switch Dock and turn it into a home console. That feature has been stripped out of this design, so you’re always stuck with a handheld unit and are forced to pay for the original model if you want to have a Nintendo Switch that can be played on the TV.

The whole selling point behind the Nintendo Switch was that it can be both a handheld device and a home console. By taking the home console option away, it arguably loses its most appealing feature as a system. It was called the Nintendo “Switch” for a reason, after all.

The lack of removable Joy-Cons also takes away the chance of local two-player co-op with friends. Games like Sonic Mania and Mario Kart 8 Deluxe excelled in these areas as a selling point for the system since you could take both Joy-Cons off the system at any time and play two-player multiplayer with a friend.

Of course, if you’re only going to play solo handheld experiences like Pokémon Sword and Shield or The Legend of Zelda: Link’s Awakening then, by all means, save the $100 and get the Lite.

Is it worth it?

The Nintendo Switch Lite is a good system for anyone looking to buy a mobile-only system. It’s particularly good for children thanks to its small size and durability. The Switch’s library is growing more and more each month, so those who want to take the plunge in the Nintendo Switch family will certainly have a lot of options to play.