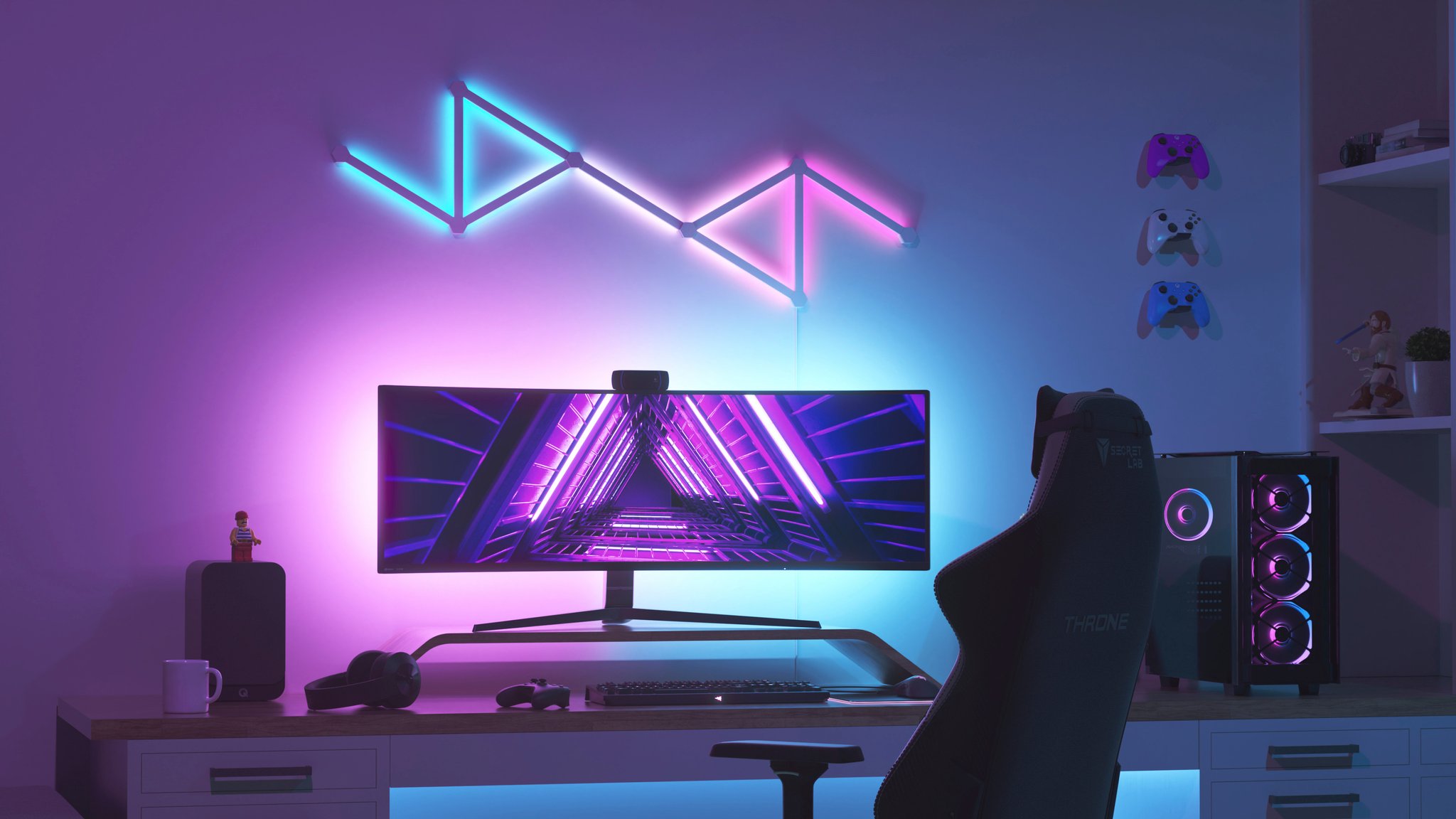 Lines differ from Nanoleaf’s other products in that they’re backlit, creating a softer glow that shines on the surrounding area of the wall. Their straight line design also allows for more customization than other Nanoleaf, giving the ability to create logos or shapes to one’s desire.

Due to their smaller and more subdued design by nature, Lines are more apt to fit in just about any room or setup. Whereas some might find Shapes and Canvas Nanoleaf to be a bit too much, a simple three-piece Lines design on a wall is a much easier sell. 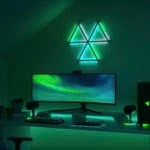 Setup is way easier, too. While Shapes need to lock in to multiple panels at once and are much heavier and cumbersome to deal with, Lines are lightweight and straightforward, allowing for an easier mounting process than ever offered before by the company.

Once they’re up on a wall, there are 19 preset scenes. But endless other options can be downloaded or created using the accompanying app. Hours can be spent creating different combinations of colors, patterns, and speeds until the perfect mood lighting is found.

Nanoleaf says there are over 16 million RGB color options in Lines, which contain dual-color zones, helping to create “seamless color mixing” with its “diffused lighting technology.”

Alternatively, Lines can be set up with the screen mirror effect, pairing the lighting to sync up to on-screen colors and animations to truly create a sense of immersion while gaming or watching any movie or TV show. It also works with Razer Chroma so the lights can pair with mice, keyboards, and other peripherals.

Lines are Wi-Fi controlled, allowing users to use voice commands or touch controls to change them up. They’re also compatible with Apple HomeKit, Google Assistant, Amazon Alexa, and Samsung SmartThings, so there’s plenty of flexibility regardless of what devices you have.

Like Nanoleaf’s other lights, Lines are a bit pricy. The standard nine pack of panels comes in at $200 with an expansion pack of three priced at an additional $60, putting it in line with Shapes. These are marketed as and built like a premium product and are priced as such, so consumers should know what they’re getting into. Another addition to Lines will be snap-on faceplates called Lines Skins, which will launch in December.

Nanoleaf’s Lines are a great alternative to its other products for those who are looking to spruce up a room with some mood lighting without having such an overwhelming look to them, or for those without as much space to work with.

Nanoleaf Lines pre-orders are now live and can be purchased on the Nanoleaf website.