Microsoft has relaunched the Xbox Design Lab, a program that allows players to design and order custom Xbox controllers.

The Design Lab closed last October in preparation for the launch of the Xbox Series X/S consoles. But now, it’s returning with the added option to customize an Xbox Series X controller.

Along with next-gen controller support, players can mix and match colors with a palette of 18 colors, select different button styles, and even add optional laser-engraving to complete the look.

Microsoft is also offering special, pre-designed controllers based on upcoming games and updates, including Psychonauts 2 and Grounded. There are additional presets to help users get started with the color they want to use as a base. 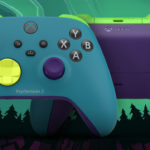 For every controller made with the updated Design Lab, players can use them on Xbox Series X/S, Xbox One, Windows 10, Android, and iOS, depending on the device and the compatibility with different operating system versions. They can connect to Xbox consoles with Xbox Wireless and to Windows 10 PCs, tablets, iOS, and Android using Bluetooth.