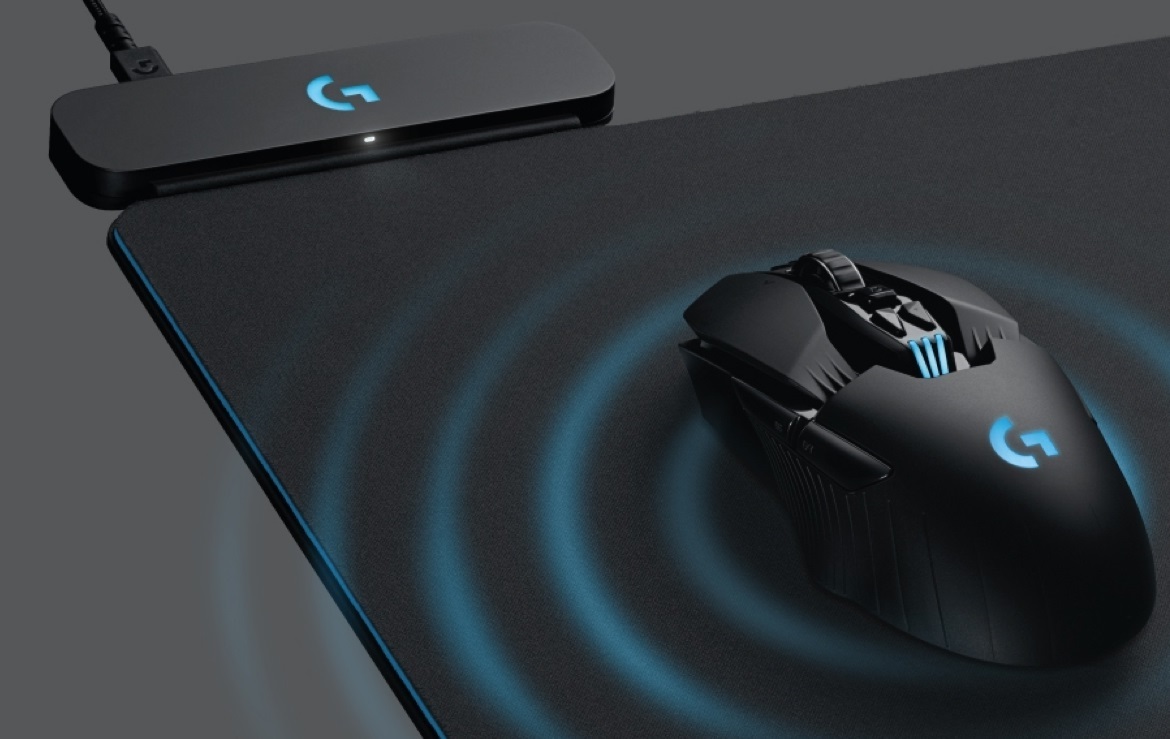 Logitech’s new flagship gaming mice don’t need to be docked or plugged in to be charged: They’ve just got to be on the mousepad.

Using the Logitech Powerplay mousepad, players no longer have to worry about their mice dying mid-game, should the mouse work as intended. And that’s pretty cool. The Powerplay charging system allows compatible mice uninterrupted charging over the entirety of the mousepad, using “electromagnetic resonance” to create an energy field above the surface.

The new G903 and G703 wireless gaming mice work with the Powerplay mousepad to ensure responsive, unwired play. Both are equipped with the PMW3366 optical sensor that has “zero smoothing, filtering, or acceleration” across the entire DPI range of 200 through 12,000 DPI. Each has programmable buttons to ensure the most comfortable fit. The Logitech G903 mouse will work for both left- or right-handed use, while the G703 is of a standard design.

The wireless charging mousepad will cost $100 when it’s released in August, while the G903 and G703 will cost $150 and $100, respectively, when they’re available in June. With the Powerplay, you’ll get the charging base, two surface choices (soft or hard), and a powercore module that plugs into compatible mice.

Powerplay is a really cool technology that has the potential to change the way wireless mice are perceived in a competitive atmosphere. There’s always a bit of fear that wireless mice aren’t as responsive or reliable as wired mice, but constant charging should quell that a bit. We’ll have to see if Logitech’s new mousepad works as intended when it’s released later this year.